I just came back from the latest live show presented by RiffTrax.  Michael Nelson, Kevin Murphy and Bill Corbett, veterans of the classic Mystery Science Theater 3000, took the stage in Nashville and riffed the truly terrible film Samurai Cop, and, once again, made this film more entertaining than it ever had a chance to be.  This has been happening for several years, and it is something that I look forward to every time.

And there is an encore show on Tuesday, April 18th of Samurai Cop, and it is a must see.

It got me thinking about what were my favorite live performances by this trio.  Heading over to their web site at http://www.rifftrax.com/live, I found a long list of their live shows.  I have seen most of them (yes, I missed the classic Plan 9 form Outer Space), and I chose my ten favorite performances.

Honorable Mention:  Time Chasers, Starship Troopers ( I had trouble with the audio of this riff or it might be in the top ten), Godzilla, MST300 Reunion show

A Halloween episode from last year, Carnival of Souls was a creepy cult film where Mary survived a car crash only to wind up as an organist at a church.  There is a pale figure that follows her and she winds up at an abandoned pavilion.  Undead fun with the Carnival of Souls.

The sequel to the original ridiculous SyFy show was riffed by our guys and how can you not enjoy sharks inside tornadoes.    The Sharknado hits New York and we see such things as Judd Hirsch and a cameo from Jared from Subway.

Santa Claus has been a key character in the world of the RiffTrax universe.  He has been in Christmas shorts, he met the Ice Cream Bunny, and he has conquered Martians.  This is the standout performance by Kris Kringle.  The silliness of the Martians, especially Droppo, and the actually kidnapping of Santa Claus to Mars, made this a must see Christmas riff.

Sharknado was a pop culture phenomenon.  No really.  I know it was hard to believe, but the film created a lot of buzz and discussion.  Perhaps the buzz was about how bad it was, but it was buzz nonetheless.  So when it was announced that the film was receiving the big screen RiffTrax Live treatment, I was extremely excited.  And the guys did not let me down.  I did not watch Sharknado on television, but I came out to see it being riffed.

This showed that even an influential classic can be riffed effectively by Kevin, Michael and Bill.  George Romero basically brought zombies into the pop culture (and where would television be today without them?) and also broke a lot of ground with an African American lead actor (Duane Jones as Ben).  Despite all of this, the RiffTrax presentation of the Night of the Living Dead is one of the best of all time.

This was the first live performance I saw with the RiffTrax gang.  I went to my Cinemark Theater in the Quad Cities not sure what to expect.  I had seen MST300 before, but I was totally unprepared for how much I enjoyed this version.  The way Kevin, Bill and Michael interacted with one another on stage, riffing this silly movie, taking the unintentional funny from the film and making it intentionally funny was amazing.  Manos: The Hands of Fate owes a lot to RiffTrax for making it a cult sensation.

I nearly died when that waterfall started going back up.  The timing of the joke was perfect and had me amazed.  With Jennifer Lopez, Owen Wilson, Ice Cube, Eric Stoltz, and Jon Voight, this is probably the film with the best cast to be riffed live.  Of course, it might be the most ridiculous Jon Voight performance of all time as well.

It was the kick off to The Crappening.  And how much more crappy can you get than this film directed by, written by, produced by and starred in by Tommy Wiseau.  Wiseau is so bad, he has become a cult classic, as has The Room (which is not he film with Brie Larson and Jacob Tremblay in it).  Featuring one of the more disturbing sex scenes ever to grace film, The Room is one of the worst films ever made.  And that makes it perfect for RiffTrax. 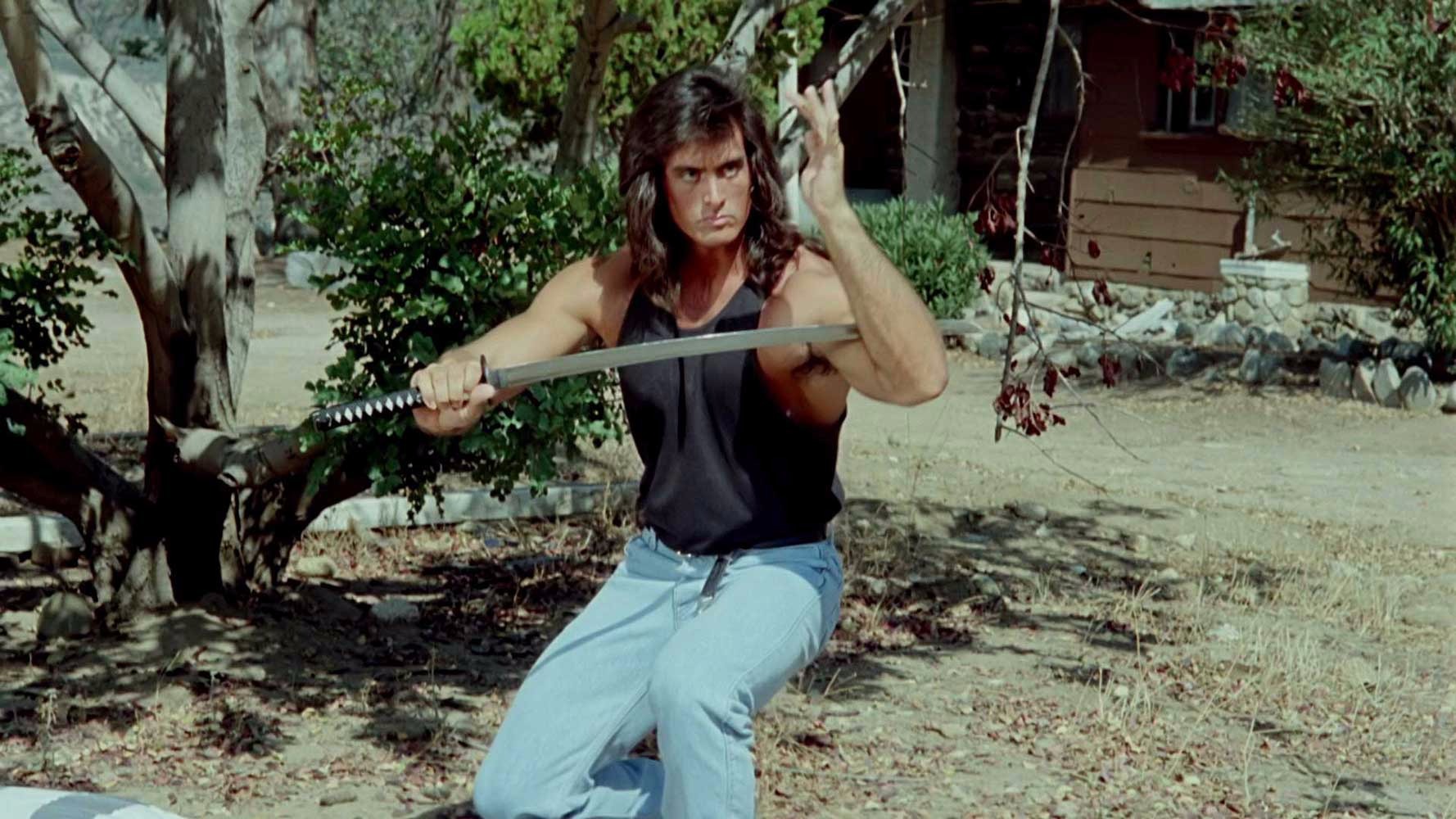 I really loved this tonight.  This was uncharacteristically a rated R film because of language and violence, something that RiffTrax Live usually does not include, but this one was well worth it.  Every “MF” let loose by the Police Captain Rohmer (easily my favorite character) was just tremendously funny.  I laughed throughout the showing of Samurai Cop.  The ridiculousness of the acting, the script and the stunts spoke for themselves.  The wig that seemed to constantly change.  The “Black Gift.”  The cutting off of the head of an informant.  Exploding cars.  Hand grenades that explode twice.  The gunfire.  Bill, Michael and Kevin were on absolute fire with this film.  There was also a fantastic song for the credits sung by Kevin Murphy all about the film.  If you have a chance to head to the encore, do it.  It is worth the time.

This is my absolutely favorite RiffTrax Live performance.  I purchased it on the web site.  The first half of the movie where the film seemed like it was more about driving and parking than it was about any kind of killer birds are one thing, but when the birds actually show up, the film becomes even worse.  Some of the most embarrassingly poor special effects ever to find its way onto a screen.  The idea behind this “horror” movie makes one wonder why anyone would greenlight it.  Surely, everyone knew that what they were making was ridiculously bad.  Rod is probably the worst protagonist ever.  Watching him walk or pronounce “solar panels” tells you everything you need to know.  And the guys do not let up on the riffing of this character.  You know a film is something else when Kevin, Michael and Bill do not have to say anything, and the audience is cracking up.  In fact, some of my favorite moments of Birdemic: Shock and Terror is when Kevin, Bill and Michael start laughing at what they see on the screen.  No joke required.  It is the best of the worst and the top RiffTrax show ever.