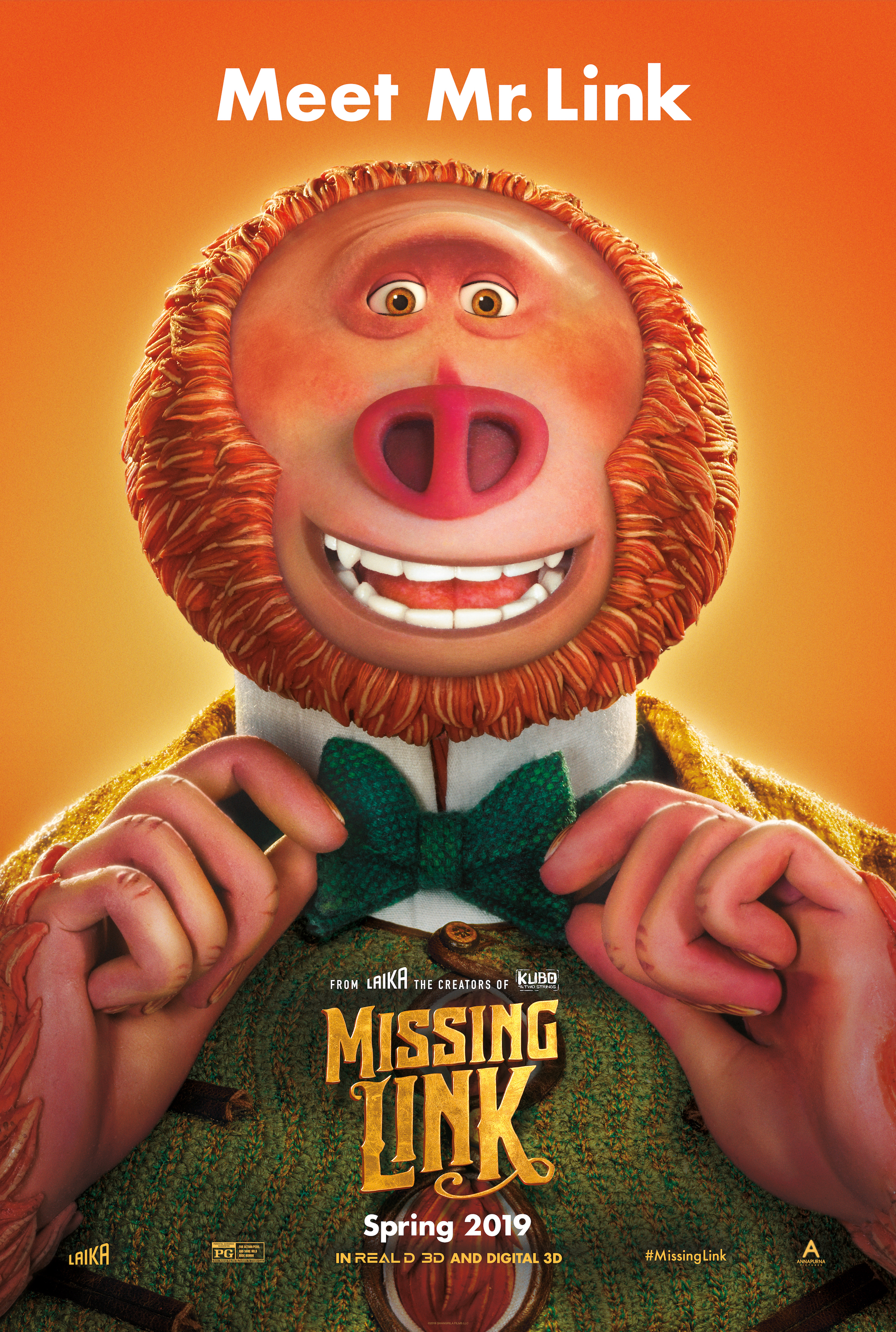 Stop-motion animation studio, Laika, has had some wonderful films.  Para-Norman, Kubo and the Two Strings, Coraline and Boxtrolls all were certain levels of successful.  The company’s fifth film is out this weekend with the charming Missing Link, a film featuring the discovery of a Sasquatch voiced by Zach Galifianakis.

Adventurer and myth and monster investigator Sir Lionel Frost (Hugh Jackman) follows a tip that leads him to a major discovery, the legendary Sasquatch is real and living in the Pacific Northwest.  Surprised by the beast’s ability to talk, Frost offers to help the Sasquatch (nicknamed Mr. Link, by Frost) find his way to the Himalayas to meet with his cousins, the Yetis.

Meanwhile, villainous Lord Piggot-Dunceby (Stephen Fry) wants to prevent Frost from proving the existence of the Sasquatch and, thus, proving him wrong.

While this is a nice film with solid voice acting, especially from Jackman and Galifianakis, the story is fairly simply, especially when compared to some of the other work in Laika’s library.  That does not demean this film at all, as Missing Link is an enjoyable movie.  It just is not quite as great as some of the others stop-motion classics from Laika.

The animation is, once again, beautiful.  The stop-motion mastery is on display and shows the specific details that goes lovingly into each frame.  The designs of the characters are top notch as well, especially the design of Mr. Link.

I was not a huge fan of the character of Adelina Fortnight (Zoe Saldana).  While Saldana does a solid job voicing the character, I did not find her inclusion to be one of significance and was there simply to provide a foil for Jackman or a female counterpoint.

The film is fast paced and has some very funny moments.  The film is solid and enjoyable, even if it is at the bottom of the Laika playlist.