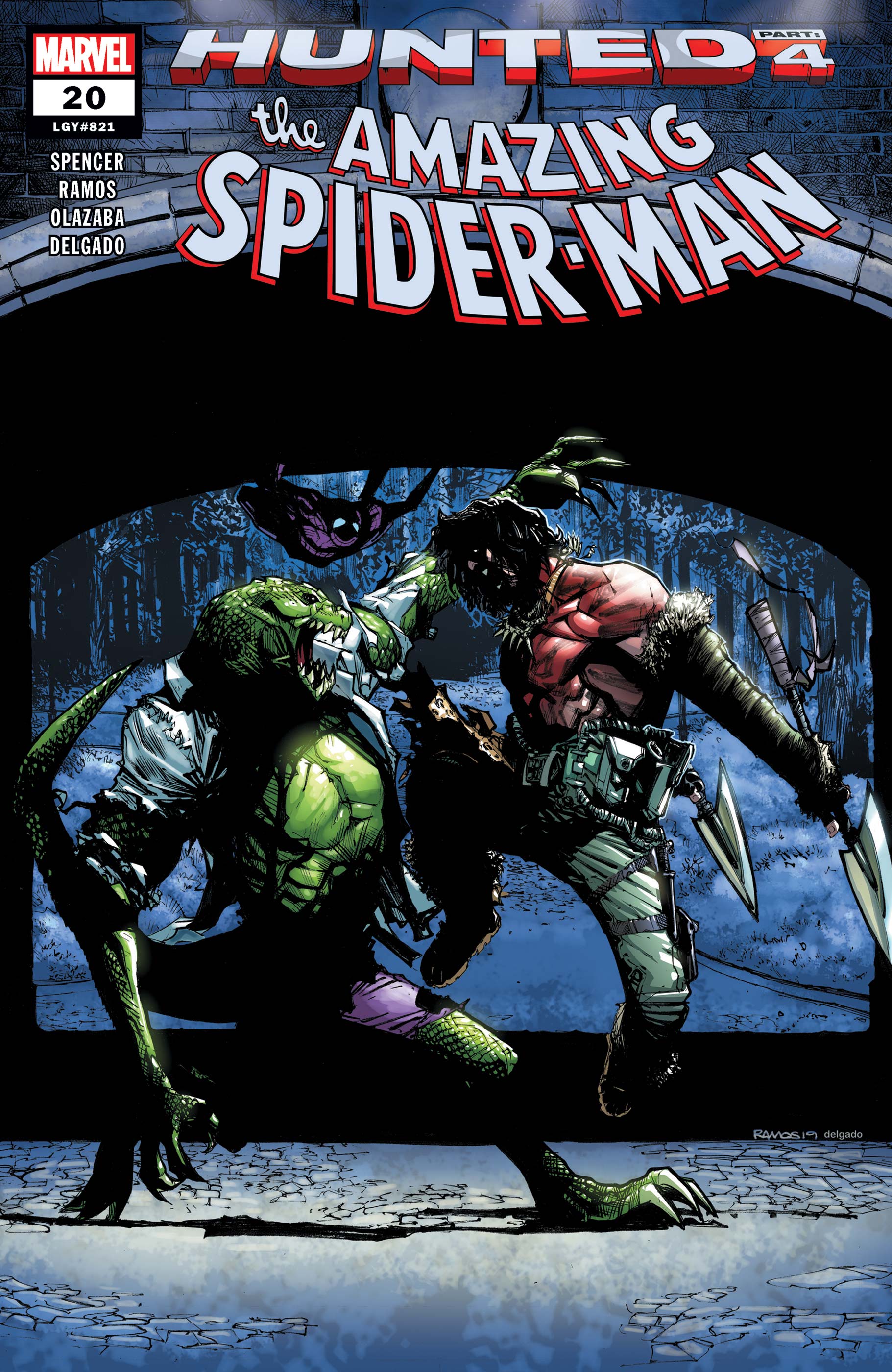 The Spider-Man event Hunted continued this week with the next installment of the series.

Kraven the Hunter has brought a bunch of animal themed villains to Central Park where he has hired Arcade to entrap them inside a force field that surrounds the park.  Spider-Man is here as well.

However Kraven is acting differently than what we are used to and his “son” is becoming frustrated with dear old dad.  Kraven’s son gets into a fight with Curt Conners, who is here looking for his own son, Billy.  Billy is being protected by Felicia Hardy, the Black Cat.

There seems to be a lot going on in Hunted, but the story is moving slowly.  The arc of the villains are interesting, but I prefer more Spider-man than what I am getting.  Although I do like Black Cat showing her heroic side again (she saved little Billy).

The motive of Kraven the Hunter is the biggest question as he has also invited some high class individuals to go on the hunt for the super villains via what is believed to be drone robots.  Why this is included is still uncertain.

The character of the Black Ant seems to be important too as he is with Spidey and is dropping some info.

Overall, this story arc has been inconsistent and has focused on areas that I do not want to know about.  I am somewhat intrigued by the motives of Kraven, but it feels as if there has been too much wait.

Perhaps the issues between the main story, the issues labeled HU, are what is dragging this story out.  These issues focus on some of the villains.  Next issue is ASM #20.HU and it is about the Vulture.

One more month of this arc and I do hope it picks up the pace soon.