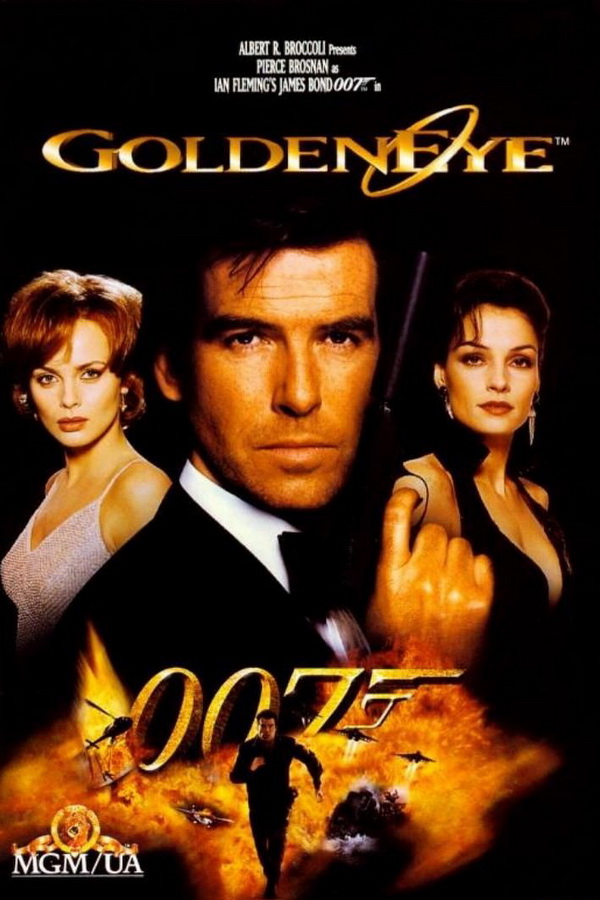 Although my memory was not being a fan of the Pierce Brosnan version of James Bond, I have been looking forward to this movie as I have had several people tell me it is one of the best Bond films.  I am sure I have seen this once, so I was excited about revisiting it during this Bond re-watch.

I was thoroughly unimpressed.

Pierce Brosnan was fine as our brand new 007.  Reportedly, he was the choice to play Bond prior to Timothy Dalton, but Brosnan could not get out of his contract with the NBC show Remington Steele, so instead we got Dalton (who by the way was a fantastic Bond).  Brosnan does imbue elements of the previous Bonds, but I have to say something felt as if it were missing.  It was an intangible like heart.  Brosnan felt too manufactured, like they were trying to put together the perfect Bond in a factory, but could only come up short.

The story itself was a bit of a stretch and I had a hard time engaging with the threat as the whole GoldenEye is a satellite that can send a devastating EMP to the earth was just too abstract of a threat.

The villains were scattered too much as well.  Famke Janssen was the muscle in this film as Xenia Onatopp, whose wild sexual viciousness played on the old Bond trope of bedding every woman around.  Now, the sexual position was the danger.  Will kind of funny, she was not very interesting, nor very effective.

The real villain of the film was bounced around a bit and that made it feel lesser.  Rogue MI6 agent Alec (Sean Bean) and his motives were unclear.  Was his motive monetary?  Was it revenge?  Was it simply coincidental his involvement?  He did not elicit from me the valued threat to Bond as was intended.

I found myself bored through much of the movie, waiting for something with more sustenance to happen.  The action was mostly generic and even the use of the gadgets were dull.

In one of the standout moments of the film, Judi Dench was introduced as the new M.  This is a tremendous thing and her initial meeting with Bond proved her to be a powerhouse.  She had called Bond a “sexist, misogynist dinosaur” and promised more fireworks between the two.  I would have liked more of this.  We got a new Moneypenny (Samantha Bond) as well.  However, Q is, once again, played by Desmond Llewelyn.

There were a few moments that worked, but the film was flat to me and it was missing some of that Bond magic.  It was quite the letdown after my expectations had been raised.