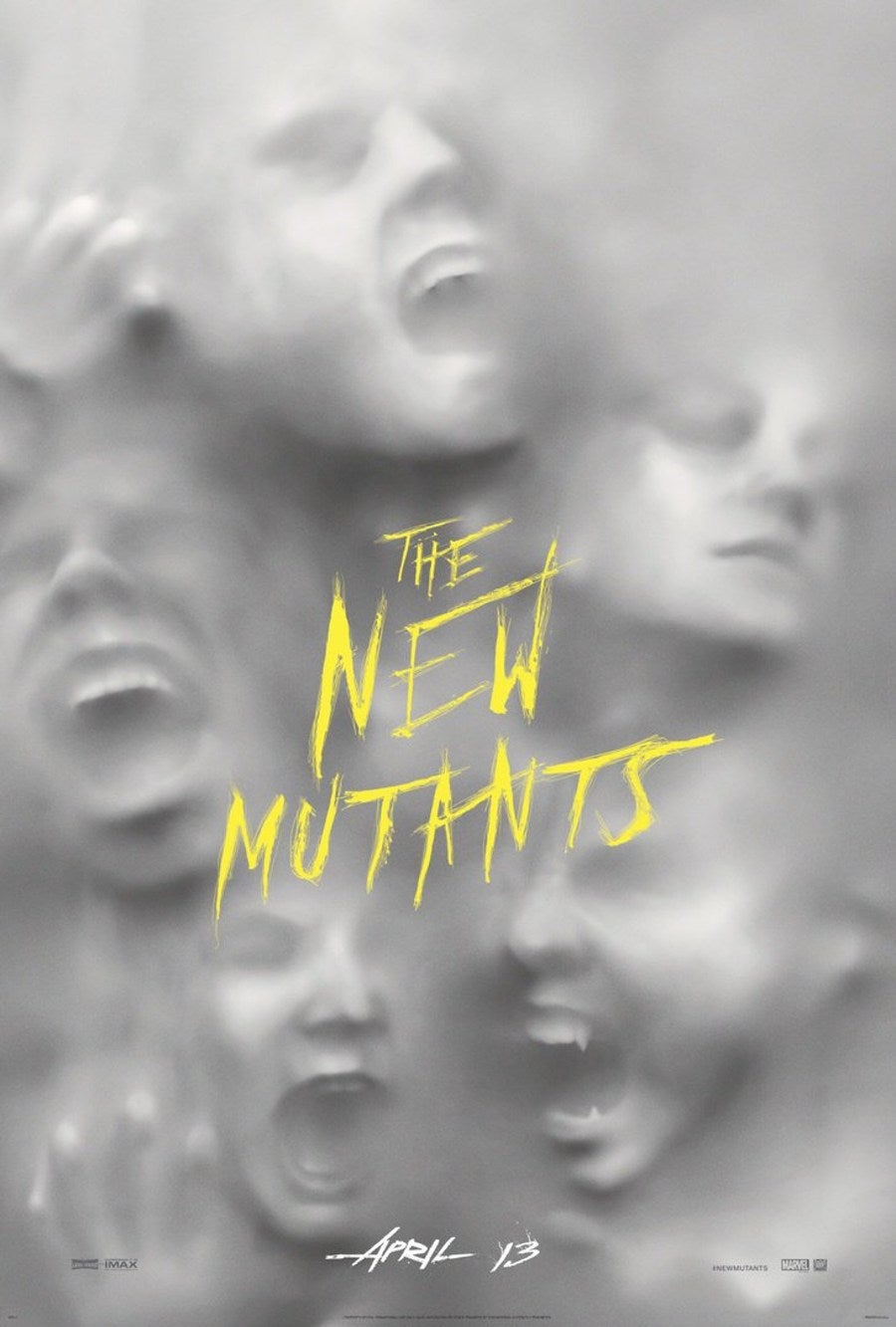 I returned to the theater for the first time since March tonight.

I went back to see the long delayed and seemingly curse film, The New Mutants.  Based loosely on the “Demon Bear” storyline from the 1984 New Mutants comics by Chris Claremont and Bill Sienkiewicz, Josh Boone directed this movie…literally years ago.

Few movies of this size of fan following, (do not doubt that, in the world of comics, this is one of the iconic story arcs in the mutant world) have had the amount of chaos and drama behind the scenes as The New Mutants.  The film has been delayed numerous times, with the first trailers dropping in 2016.

The film had been delayed three years, and it got to a point where there were some moments when I thought that the movie was more of a urban legend, a myth, than an actual physical cinema experience.  Even when they said that The New Mutants was being released on August 28th, I doubted it.  I was unsure that it was ever actually going to be released in theaters.

It is the strangest of situations.  When first announced, I was very middling on The New Mutants.  I liked these characters, but I was not looking forward to it.  However, after the constant delays and the weirdness surrounding the film, I found myself anticipating this movie more than almost any other.

So when the reviews came out the last few days and they were a resounding “meh”, I was sad.  Perhaps that was a good thing, because it was able to manage my expectations, which had become unwieldy for sure, and I came out of it having had a great time.

Dani Moonstar (Blu Hunt), after her Native American reservation was destroyed by, what was claimed to be, a tornado, found herself in a specific hospital, being overlooked by Dr. Cecilia Reyes (Alice Braga).  Dr. Reyes told Dani that she was a mutant and that her powers needed to be controlled.

Dani met four other mutants at this hospital, all with their own life struggles.  Rahne (Maisie Williams) can change into a wolf, Illyana Rasputin (Anya Taylor-Joy) has a real negative attitude, Roberto (Henry Zaga) is a wealthy, arrogant kid, and Sam Guthrie (Charlie Heaton) is a young man from Kentucky whose father died in the coal mines.

The young teens brought plenty of angst along with them, but it seemed as if the hospital had some frightening aspects to it as well.

There is an argument that could be made that the teen angst and the horror parts of this film did not blend together effectively, and I could see why some would make that argument.  While those elements were clunky at times, this did not distract from my enjoyment of the film.  I thought the young actors did a good job with their characters and their performances.  I knew more about these characters from my background with the comic books so I found the performances richer because of it.

I do think that there was too much exposition among the New Mutants detailing their pasts.  It was simply too many of them that were just telling their back story to the audience.  Plus, because they kept jumping to another character, it felt, at times, disjointed.  However, my own knowledge made this less offensive as many others who may not be as fluent in the world of the New Mutants.

I thought the CGI here was very well done.  The Demon Bear had some moments where it looked off, but most of the CGI was decent.  I liked the look of many of the horror characters in the hospital.  The smiling creatures were very reminiscent of the Gentlemen from Buffy the Vampire Slayer (and they made a cameo in the movie) and they were frightening.

I enjoyed the use of the mutants powers and they were visually impressive.  Illyana’s Soulsword, the look of Sunspot, the use of Cannonball’s burst… all looked really good.

I found myself invested in the third act of the film and I was surprised in that fact.  And SPOILER the use of the name Essex Corporation (which is connected with Mr. Sinister) was a cool Easter egg for the comic fans out there.  END OF SPOILER.

The current Tomatometer has The New Mutants at 17% and that is way too low.  I will admit that I came in to the movie after hearing negative reviews from Dan Murrell and Chris Stuckmann and that helped bring my expectations down, allowing me to enjoy this more than I thought I would.  Certainly, when comparing The New Mutants to other X-Men FOX films, it is much better than many of them.  It is considerably better than Dark Phoenix, X-Men: Apocalypse and X-Men: Origins.  I’d put it ahead of X3 as well (maybe even The Wolverine).  I am pleased that it proved to be real and that it finally got released.

And it was great to go to a theater once again.  When will I head back again?