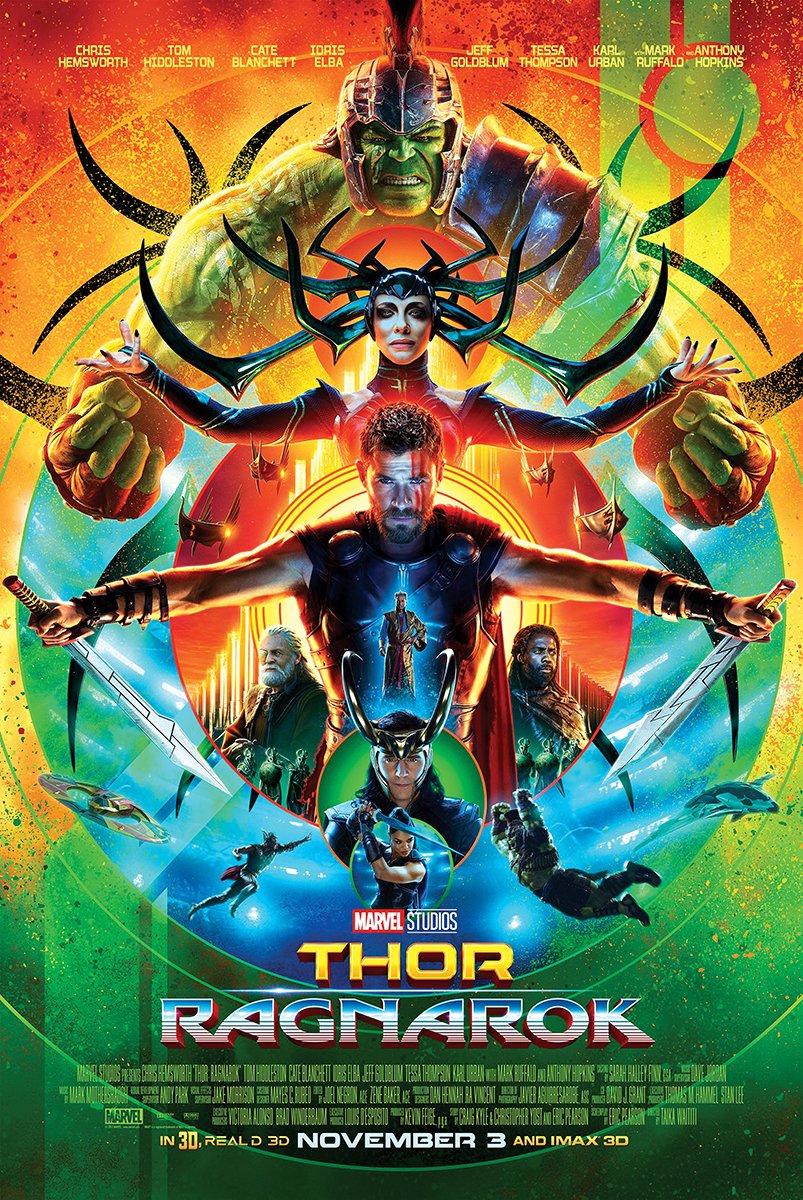 “Come from the land of the ice and snow, from the midnight sun where the hot springs flow.  Hammer of the Gods.”  – Led Zepplyn, “The Immigrant Song”

The third Thor in his series is the next film in the EYG MCU Rewatch.  Thor: Ragnarok takes a distinctly different look at the characters in the Thor world.  This is mainly thanks to the direction of director Taika Waititi.  His blend of humor and cleverness fit perfectly with Thor.

Waititi brought Odin’s banished daughter Hela the Goddess of Death (Cate Blanchett) back to Asgard, and she went about killing everyone.  She is really built up by basically dispatching and murdering the Warrior a Three with almost no trouble.

Meanwhile, Thor and Loki wound up on the planet Sakaar.  Thor winds up the prisoner of the Grandmaster (Jeff Goldbloom) and ends in a coliseum as a gladiator facing the Hulk (Mark Ruffalo) in the Contest of Champions.

The Thor-Hulk dynamic is one of the best parts of the movie as it turns into a bit of a buddy movie.  Ruffalo and Hemsworth work well together and have great chemistry and humor together.  Of course, after several movies together, Hemsworth and Tom Hiddleston as Loki are comfortable and wonderful every time they share a scene.

Tessa Thompson is introduced here as Valkryie.  She is an epic addition to the cast as the tragic heroine who has succumb to drink and scavenging on Sakaar.

There are people who hated the fact that the storyline of Ragnarok, which is the legend of the destruction of Asgard,  was treated as an afterthought in comedy movie but that did not bother me at all.  Some claimed that Thor did not show emotions over the loss of his father and eventually Asgard.  This also did not bother me because it was clear he was bottling up his feelings to get through.  We see a scene with this idea during Avengers: Infinity War.

Thor: Ragnarok is weird and original and different than any other MCU movie.  It is fun and full of energy.  Hopefully there will be future installments with Taika Waititi at the helm because this was fabulous.