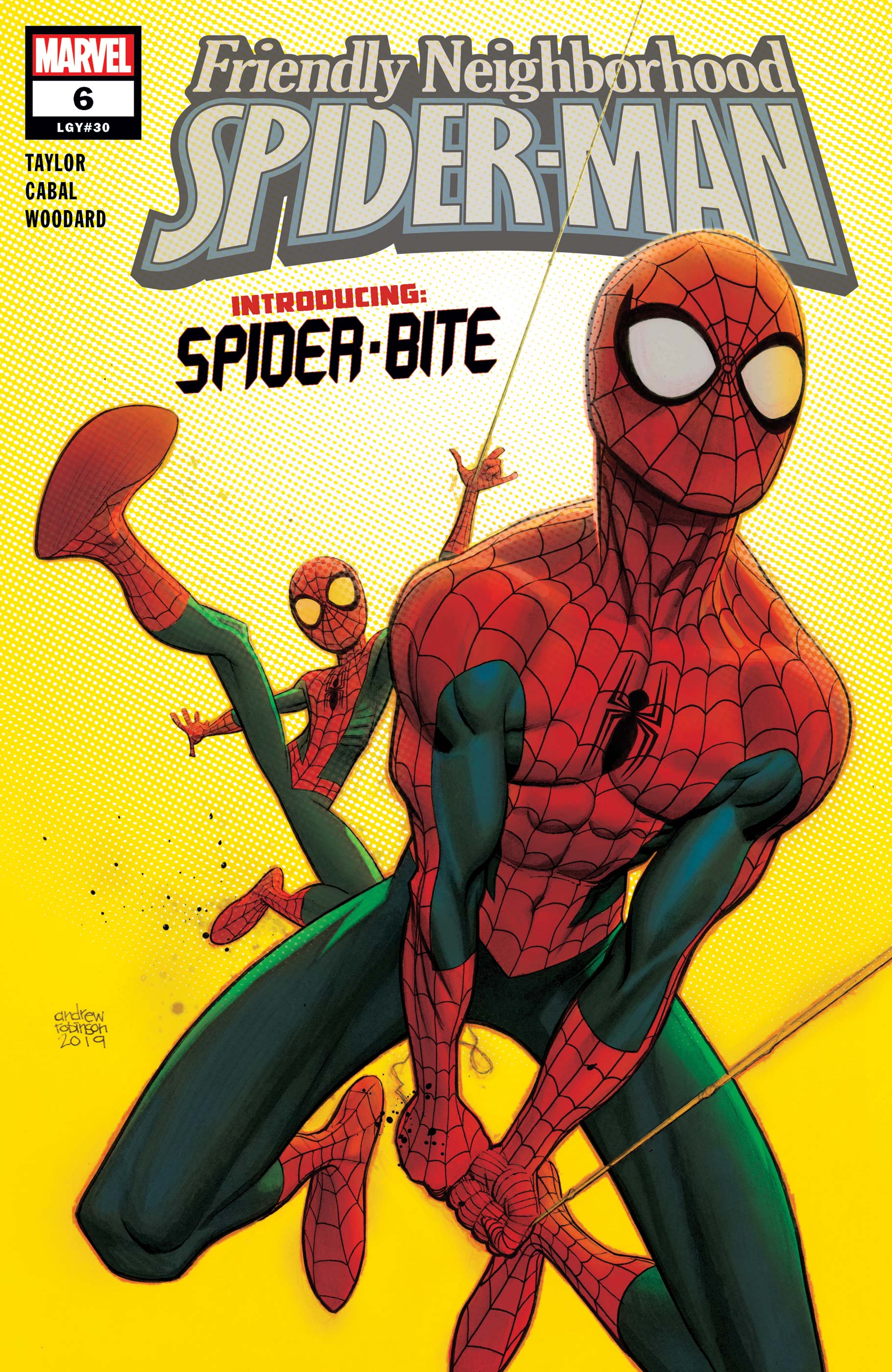 There may be spoilers in this post, so be warned.

So this started out with a unexpected scene.  This character of Spider-Bite, Spider-Man’s new 9 1/2 year old partner, was here and was kicking some butt.  They have tried to do these Spider-Man sidekicks and they rarely work out, so I was not excited to see the story again.

However, it was not too far into the book when I realized that there was something else going on.

Everything from the art style to the dialogue was telling us that something besides strict continuity was going on and I was starting to enjoy what I was reading.  Then, the Sinister Sixty?  LOL!

Of course, the book took the turn after this and reveal what was actually happening and brought a deeper poignant feel to what we had read before.  It was kind of what I had expected, but that did not lessen the impact of the few pages.  It shows an (forgive the pun) amazing side to the character of Spider-man, much like it did in the absolute classic “The Kid who Collected Spider-Man.”

The thing is… this does not feel out of character for Spider-Man.  I can believe that he takes the time to go an make wishes come true.. like Marvel’s own John Cena.

While this was not as much of an emotional punch as “The Kid who Collected Spider-man was, Spider-Bite turned out to be a solid and emotionally satisfying story and highlighted the power that heroes/role models can have.