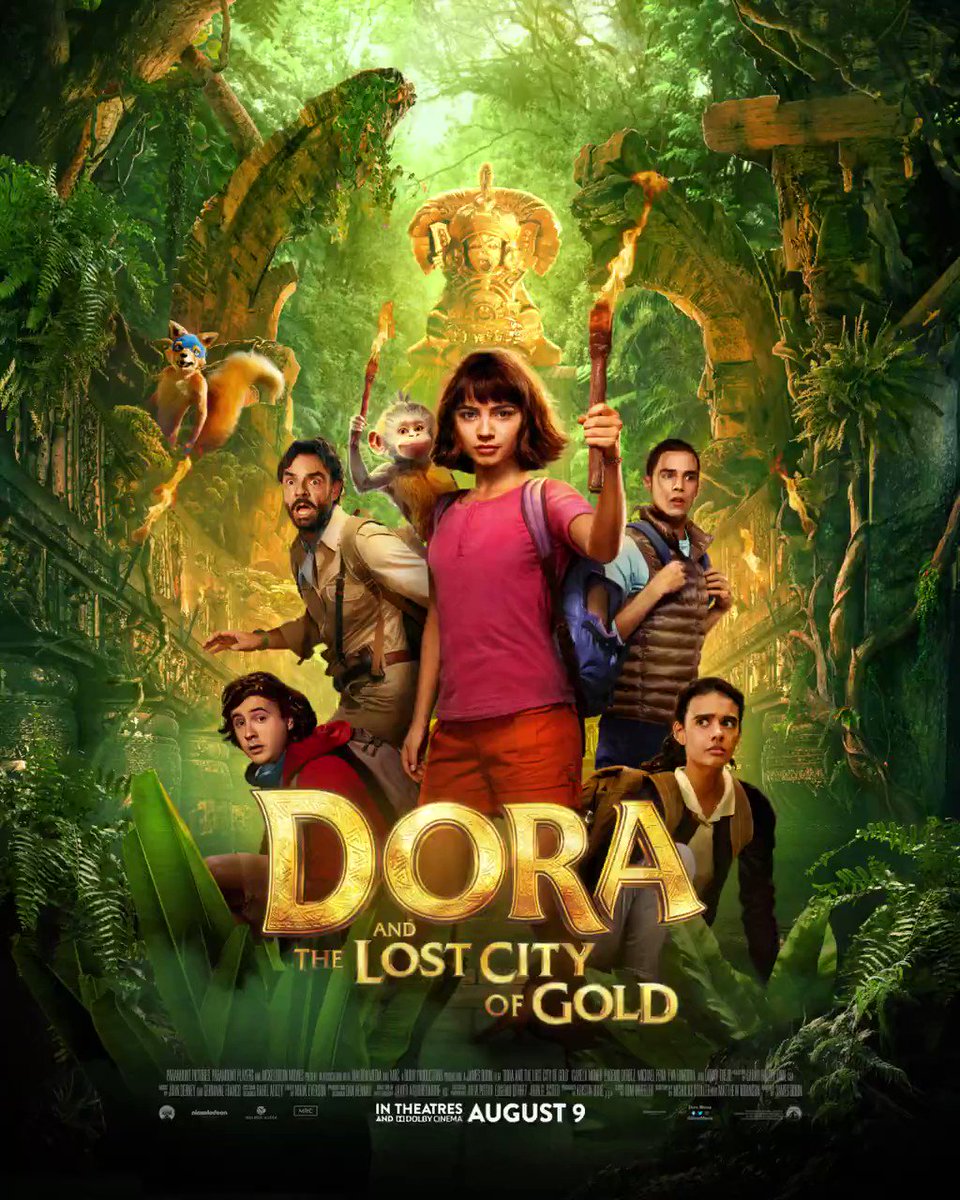 Would have lost that bet if I made it.

Dora and the Lost City of Gold is a live action adaptation of the cartoon Dora the Explorer and this is just about as good as that source material could be portrayed in a live action movie.  I had never seen a Dora cartoon, but I knew of the character.  This movie was well down on the list of expectations.  Who knew that it would be decent.

Dora (Isabela Moner) is right at home in the jungle.  Home schooled by her professor parents (Michael Peña & Eva Longoria), Dora is very happy.  However, before heading out to try to find a lost Incan city, her parents sent Dora to the city to go to school with her cousin and former best friend Diego (Jeff Wahlberg).  Dora’s plucky, upbeat attitude gets her labeled a weirdo quickly, but she is unable to address these issues because she, Diego and two other kids from high school are kidnapped by some villains, looking for the lost city as well, and planning on using Dora to force her parents to cooperate.

Dora and her friends, however, are freed from their captivity by a friend of Dora’s father, Alejandro (Eugenio Derbez) and the group try to find the city before the villains do.

Now, do not get me wrong.  There were some spots in the new film that made me role my eyes.  Specifically, the appearance of an animated fox called Swiper (voiced by Benicio Del Toro) who was among the bad guys and would “swipe” things.  There was also an almost too human like monkey named Boots (voiced by Danny Trejo).  These characters were weird additions, but I assume they are major parts of the animated show and fans of that show would enjoy their inclusion.  Boots wasn’t bad, but Swiper was a tough sell for me in this film.

Other than that, I enjoyed the film quite a bit.  The performance of Isabela Moner was spot on and helped carry this movie.  She delivered her role in both a childlike innocence and a confident teen.  She was remarkably cheerful, almost too much so, but, for the most part, her positivity was a winning characteristic.  Her bright and positive manner brought the explorer to life and she was a force on the screen.

There were funny parts, but there were also way too many poop jokes for my taste.  That part is targeted for the younger audience and the movie is clearly made for kids.  However, there are other parts of this movie that adults could appreciate.  Dora and the Lost City of Gold is a solid film for families to watch together and should provide enough entertainment that neither the kids nor their parents are bored.

There are times when this movie goes a long way into weirdness, including an animated section and a dance number, but those both felt very in tone with the rest of the film.

I believe fans of Dora the Explorer will be pleased with the adaptation of this movie and those people who have never seen an episode before will be able to find parts to enjoy as well.  I know I did.