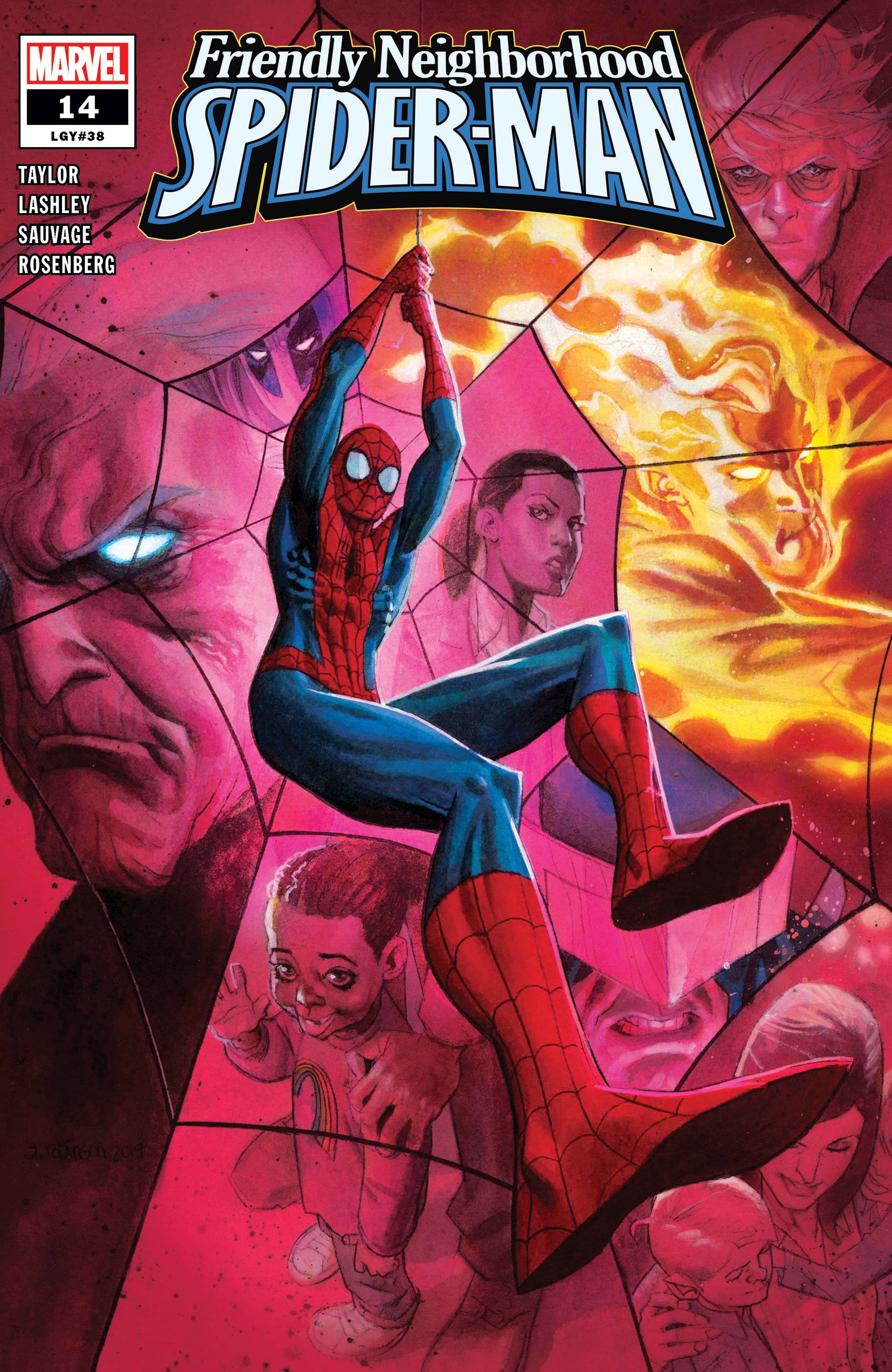 Okay, I feel a rant coming on.

It was just a few weeks ago that I found out that Loki #5 would be the final issue of that series, a series that I had found to be one of the best that Marvel published.  It was a blow, no doubt, because this was extraordinary.

Now this is so much worse.

I absolutely love Spider-Man.  He is easily my favorite fictional character, not just super hero, but fictional character anywhere, movies, TV, comics, literature.  Anywhere.  I have always enjoyed the Amazing Spider-Man book and other places where I can consume the Wall-Crawler’s adventures.

Then I started reading Friendly Neighborhood Spider-Man.  I honestly am not sure when I realized that this book was the best Spider-Man book on the market, but it absolutely is.  Every issue was something that touched me deeply and renewed my love for Peter Parker.

Issue #14 is the final issue of this series.

Not only is it the final issue, but it is an issue that is just damn brilliant, which makes it all the more difficult to comprehend.

I have said this before, but I guess I can only say it once more.  Tom Taylor is one of the greatest Spider-Man writers in years.  He clearly understands the character and places him into situations that provide Spidey with the opportunity to show what an amazing character he is.

When I read the final letter page on the final page, I saw a response from Tom Taylor that placed my thoughts on Friendly Neighborhood Spider-Man into perfect perspective.  He wrote:

“By design, this was not a big blockbuster book.  This was a smaller, more personal book.”

This was 100% it. It felt more intimate.  I still love Amazing, but there are always grand, sweeping crossovers and major events. This was something small and meaningful to the individual.  It was originally drew me to Spider-Man.  This is one of the few books that shows how Spider-Man can affect the people around him and how important he is to their life.  Without spoiling this final issue, the “villain” of the piece responds to Spider-Man in a manner that we have not seen before, and Spider-Man reacts to this character in such a perfect Spider-Man way that it almost made me well up.

Tom Taylor was able to balance Spidey’s iconic wit/banter with his internal struggle toward heroism in a way that, in many times, was different than any other comic book story.  Spidey was able to use his brains in many issues without having to regress to violence.  It is a part of the character that sometimes gets left out, but his intelligence combined with his humanity is signally Spider-Man.

I loved Spider-Man when I was younger because of how much of a hero he was.  He was as likely to try and save the life of the villain trying to kill him as he was to save the bystander.  Life had value for Spider-Man and he would do whatever he could to persevere.  I loved that.  It helped make me the person I am today.  Tom Taylor was able to tap into that vein of the character once again.  Every time I would read Friendly Neighborhood Spider-Man, Taylor’s writing and character development would remind me of the feelings I had when I first read the unexpectedly poignant short story, “The Kid Who Collected Spider-Man.”

I had been afraid that this was going to happen.  I had been missing the book in the Previews section, but I had hoped it would be published on a semi-regular basis.  Sadly, that is not the case and FNS has come to an end.

If there are readers out there who love Spider-Man (heck, even just like the character), do yourself a favor and pick up this issue, heck pick up the entire Tom Taylor run, because it is some of the best Spider-Man you will ever read.

I now must place this book on the list with Mockingbird and Loki as books cancelled WAY TOO SOON!!!!

Thank you to Tom Taylor and the rest of the creative forces that worked on this book.  You gave me many issues of pleasure.