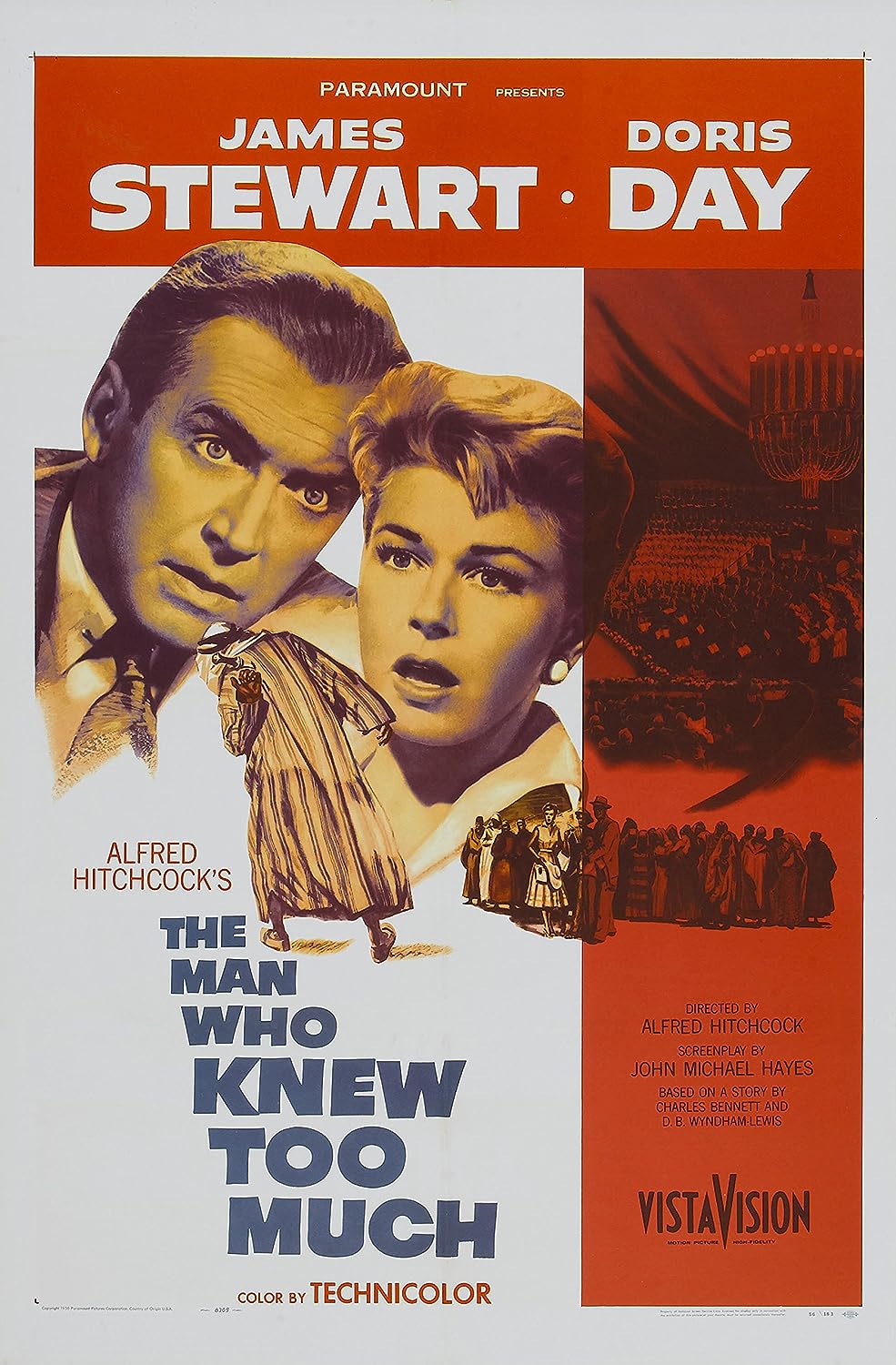 It is Sunday morning on Day Three of the Social Distancing Binge-A-Thon (how long will it go???) and it is time for a little Alfred Hitchcock.

The Man Who Knew Too Much was a remake of a previous film by Alfred Hitchcock, a thriller involving an assassination attempt on a Prime Minister.

Dr, Benjamin McKenna (James Stewart), his wife Jo (Doris Day) and their son Hank (Christopher Olson) were on a trip through Europe and Africa, ending up in Marrakesh.  The couple accidentally wound up in the middle of an international assassination plot which led to their son being kidnapped to keep them quiet.

There were a lot of tense moments in the movie and James Stewart and Doris Day were fantastic.  I have not seen the original Hitchcock version from 1934, but this one is very strong.

I especially enjoyed the strength of Jo in the movie.  In a time when women were seen as secondary characters, Doris Day provided a strength to her that was uncommon.  Sure, she had some of the typical “female” tropes of the time, but she also was right in the middle of the plot, coming up with some vitally important information and was central in the storyline.

Plus, she could sing.  I had no idea that this is where the song “Whatever Will Be, Will Be (Que Sera, Sera)” was from. It won an Oscar for Best Music, Original Song.  Songs like that just seem to be forever songs and to see where it came from was amazing.

Hitchcock is the master of suspense and he pulls plenty of it in this film.  The villainous pair that kidnap Hank did a great job as the antagonists here.  Played by Bernard Miles and Brenda de Banzie, the Draytons were impressive as the villains.

The third act of the film was filled with tension and excitement.  It picked up the film that had started to slag a tad.  This is a longer version than the 1934 one and you can feel it.  The 1956 version could probably have trimmed 10-15 minutes off and it would have been more taut.

Still, this was another classic from Hitchcock.  I have been quite the fan of his work and the performances of Stewart and Day carry the film.