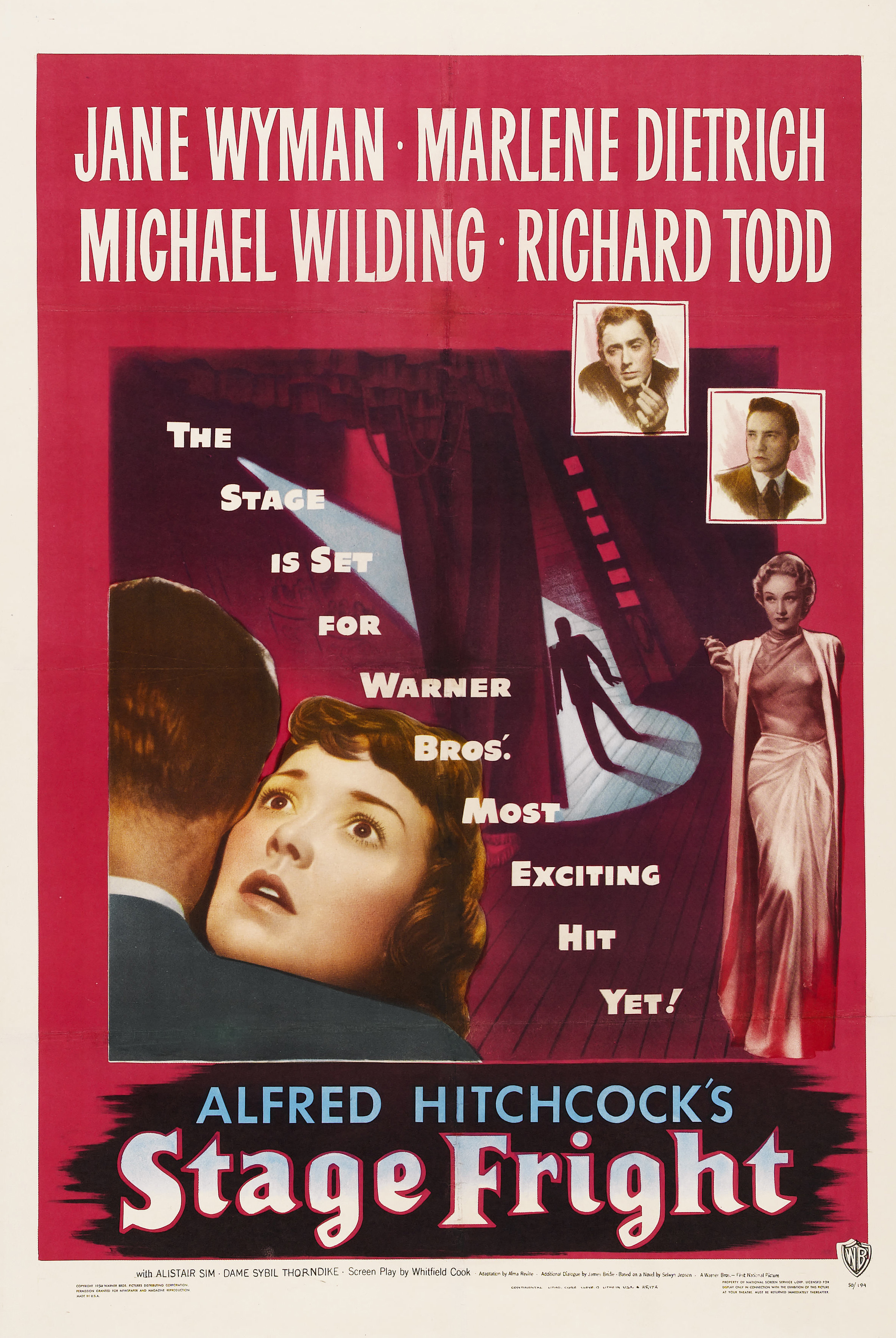 I have watched my second Alfred Hitchcock film of the day for the Social Distancing Binge-A-Thon.  The latest film of Hitchcock that I watched was called Stage Fright.

Another great murder mystery from the Master of Suspense, and another movie that I had not seen before.

In Stage Fright, a struggling actress named Eve (Jane Wyman) tries to help Jonathan (Richard Todd), a friend who had been accused of murdering the husband of a famous actress named Charlotte Inwood (Marlene Dietrich).  Jonathan was on the run from the police and wound up getting assistance from Eve and her father (Alastair Sim).

Jonathan claimed that Charlotte had committed the crime and was framing him for the murder.  Eve agreed to help by investigating herself, but after meeting the detective in charge of the case, Inspector Wilford Smith (Michael Wilding), she fell in love for real.

There are several twists in the story as the film progressed.  Some of the story felt a tad implausible, but the acting was solid.  In particular, Marlene Dietrich was the top level diva/femme fatale in the movie.  There is an iciness about her that really makes you believe that she was a cold-blooded murderer.

Jane Wyman is wonderful as the in-over-her-head Eve.  She created a character that was easy to root for, appearing naive, yet strong enough to be believable.  And you feel for Inspector Smith as he is getting the wool pulled over his eyes, which should not happen to the led detective in a murder case.

Meanwhile, the bumbling of Alastair Sim, best known for his role as Scrooge in A Christmas Carol, brings a dark humor to the situation.

The film looks fantastic, shot in black and white.  The imagery of the film creates the mood beautifully, helping to continue the feeling of dread that lingers with the audience.  It builds the suspense and the uncertainty of what is happening throughout the movie.

The ending was well done and helped punctuate a solid film.  This is another top notch Hitchcock movie.  Wyman and Dietrich the clear standouts in the well done thriller.