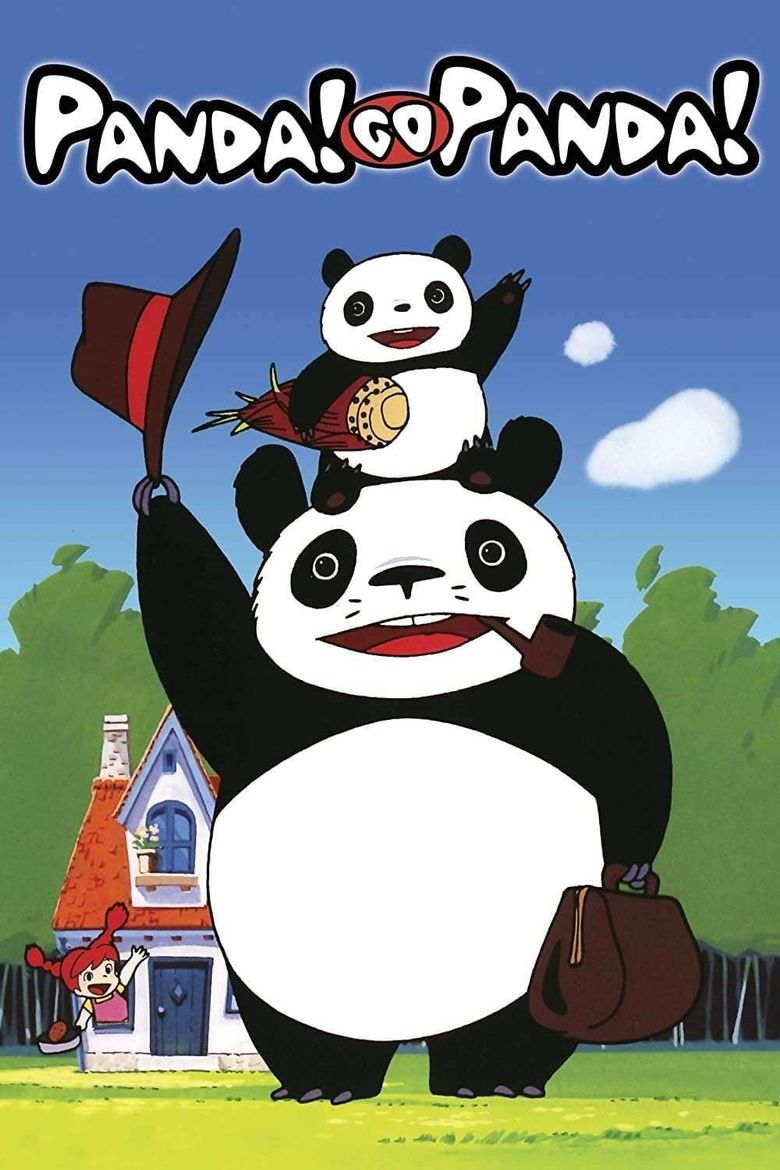 I have decided to start on my next summer watch, and that will be the Studio Ghibli films from Japan.  I had gone looking for a way to watch the films, which was harder than I thought.  I had planned on HBO Max, but there was trouble with that.  I did find a collection of DVDs on Amazon so I ordered them.

When they arrived, I took the first disc and started with the first film.  It was actually not on my first list of Studio Ghibli films.

According to Wikipedia, Panda Kopanda, which is the Japanese title, is translated officially into Panda, Baby Panda, but is known in North America as Panda, Go Panda.

This was a couple of short films featuring a young girl, Mimiko, whose Grandma left her, but she found a baby panda named Panny and his father Papa.  The three of them lived together in Mimiko’s house and hijinks ensued.

Doing some research, this was written by EYG Hall of Famer Hayao Miyazaki, who directed most of the Studio Ghibli films.  This was where he teamed up with Isao Takahata, and they would found Studio Ghibli.

Having watched this first collaboration, I will say that it is cute and sweet.  It would be very much for children.  I was not expecting this because it felt very much targeted at a very young child.  I had anticipated the animated Studio Ghibli films to be more mature in a sense and I certainly hope that this is not the path of the rest of these movies.

To be fair, I am sure that the target audience of this would love it, but for me, it was too childish.