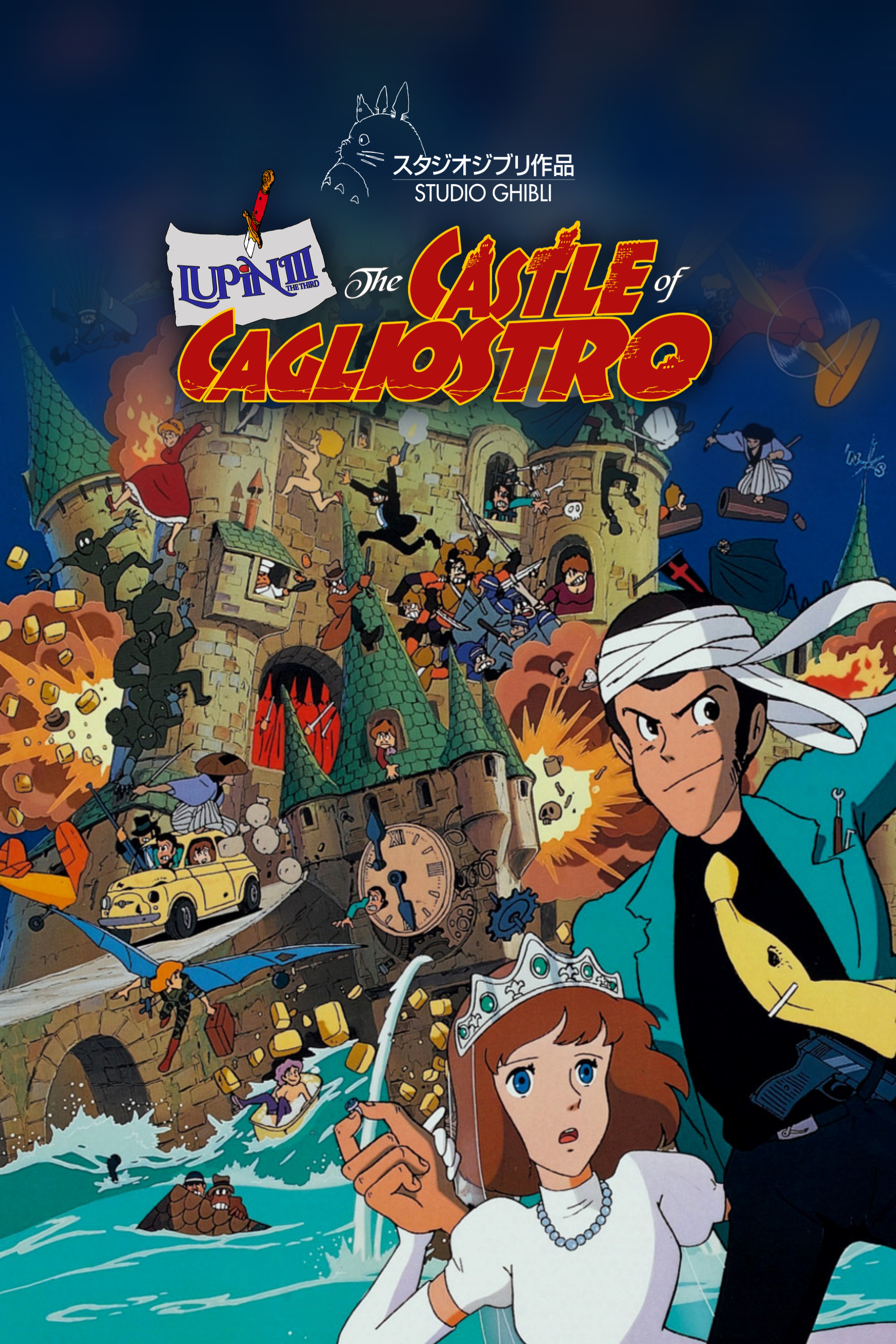 Okay, I’ve figured out what is going on here.

After some further research, I realized that there are three movies included on this collection of Studio Ghibli films that actually preceded the start of Studio Ghibli.  There was the film Panda, Go Panda, which was where the two Studio Ghibli founders, Hayao Miyazaki and Isao Takahata, met.  And then there was this film, which was Miyazaki’s directorial debut.  Lupin III: The Castle of Cagliostro

This seemed to be one adventure in the life of master thief, Arsene Lupin III, called Wolf in the English dubbed version.

After a casino robbery, Lupin and his partner, Jigen Daisuke, discover that the money they had stolen was counterfeit.  So they resolved to find the counterfeit ring and take it over for themselves.  They discover that the culprit behind the fake money was Count Lazare de Cagliostro, who is preparing to marry the princess.

However, Lupin found himself in a place of familiarity and was determined to save the princess from the clutches of the evil Count Cagliostro.

After watching the Panda, Go Panda film, I had hoped that the list of movies that I was going to be watching was not going to be targeted to the really young.  That film felt like it was meant for 5-6 year olds, give or take.  It was not too long into the Castle of Cagliostro that I realized that my concerns would not be a problem.  The story was immediately a more mature type and there were a few moments in the animated film that I was shocked at what they showed. That was a relief.

The film was very funny, and full of excitement and charm.  All of these characters are warm and enjoyable.  Lupin was a captivating rogue and you really get to like the protagonist despite his criminal enterprises.   You knew there was a deeper reason for his desire to rescue the princess, but the film does a great job of keeping that tidbit for awhile.

Cagliostro was a menacing villain and seemed to be on the verge of success the entire time.  Everything this jerk does makes you want to see him get his at the end all the more.

From what I researched, apparently you can see a lot of Miyazaki’s style in this film.  Again, this was his directorial debut and it helped him move toward the Studio Ghibli collaboration.   There was so much goodness in this film that it has helped set up my excitement for what is coming next.