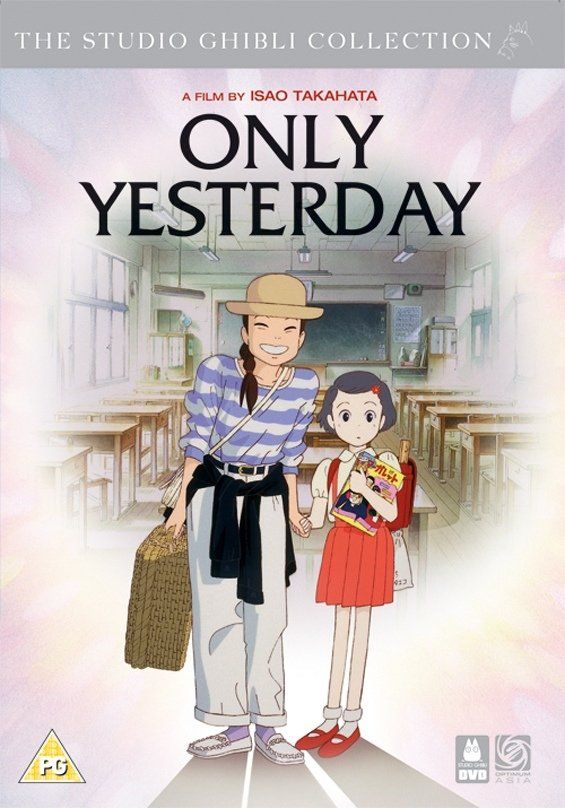 The next Studio Ghibli film is one that is quite different than the others.  This was not a magical fantasy with magical creatures.  No Tartaro.  No witches.  No Pandas.  It is just a story of memories, from a 27-year old girl to her younger years.  Memories that were basic, universal.

Unfortunately, again, the DVD was having issues with this movie.  It caused some glitches and skips around the one hour mark so I did miss a chunk of the story.

What I did see was an artistic masterpiece.  The animation was gorgeous and different than any of the previous films.  It fit the more realistic tone of the movie and was less of the style of anime.

It was a much more adult story and told a reflective story.  It is a coming of age story as well as a human drama.

Too bad I could not see the uninterrupted movie.