The second list of television programs will contain those shows that you can watch on cable.  HBO and Showtime and those types of networks are not included here.  They fall into the streaming list.

#10.  Mr. Robot (USA).  I have lost a lot of interest in the USA show.  I watched the first couple of episodes of the third season, and I have fallen behind because there were other shows I was more interested in seeing.  This is still one of those that I may try to catch up with.

#9.  American Horror Story: Cult (FX).  Still behind on this, but the real life type horror story based on the political climate of the world makes it all the more terrifying.  Plus… clowns.

#8.  Manhunt: Unabomber (Discovery).  The story of the chase to capture the Unabomber, Ted Kaczynski was compelling each week.  While some of the acting was at times average, Paul Bettany’s Ted was always top notch.  The way the FBI eventually brought down the Unabomber was extremely fascinating.

#7.  Legion (FX).  Mutants on television.  But not just any mutant, but one of the trippiest ones ever.  Dan Stevens is amazing as Legion, the mutant who appears to be crazy.  It is an unbelievable world that we live in where the Shadow King can be a network TV villain.

#6.  Fargo (FX).  The third season of the anthology series may have been the worst, but the worst of Fargo is still better than most shows on TV.  There were great performances from Carrie Coon and Ewan McGregor and a great villain in VM Varga.

#5.  The Walking Dead (AMC).  This was a number one show for several years, but now it is number five on the cable section.  The Walking Dead has had its issues lately, but there is still enough there to be hopeful. The bite heard round the world seemed to have sealed the fate of Carl.  Negan is a great character.  So hopefully, this great show will find its way back to prominence.

#4.  Bate Motel (A&E).  The final season of Bates Motel was great, but it never reached the level of the fourth season final couple of episodes.  Sheriff Romero did not get his proper respect as a character, but there was some great one on one between Norman and his brother Dylan.

#2.  Feud: Bette and Joan (FX).  A brilliant series focusing on the feud between Bette Davis and Joan Crawford.  Add in two amazing performances from Susan Sarandon and Jessica Lange and the show is as compelling as possible.  Lange was heartbreaking as Joan Crawford. It was only 8 episodes and it was over way too soon.

#1.  Rick and Morty (Cartoon Network).  Pickle Rick!  I discovered Rick and Morty this year, binged the whole series on Hulu, and enjoyed the third season very much. Each week this show would push the limits more and more.  Heck, we had an episode with the return of the Vindicators where drunk Rick set up death traps, killing most of the team.  You don’t get things like that anywhere else.  These ten episodes were over before you knew it and we have no idea when exactly we may see Rick and Morty again.  So enjoy these episodes while you can.  Pickle Rick!!!! 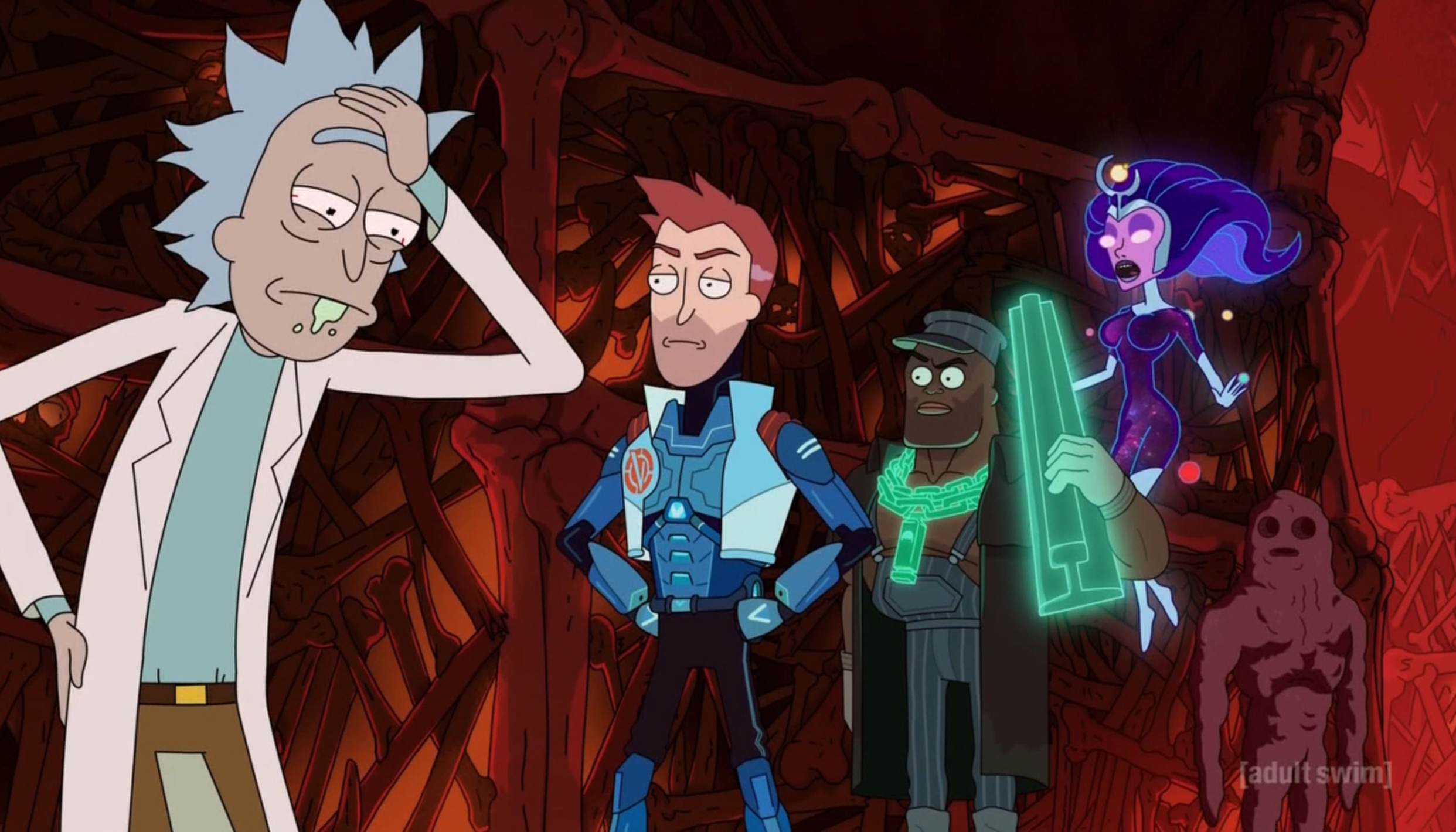