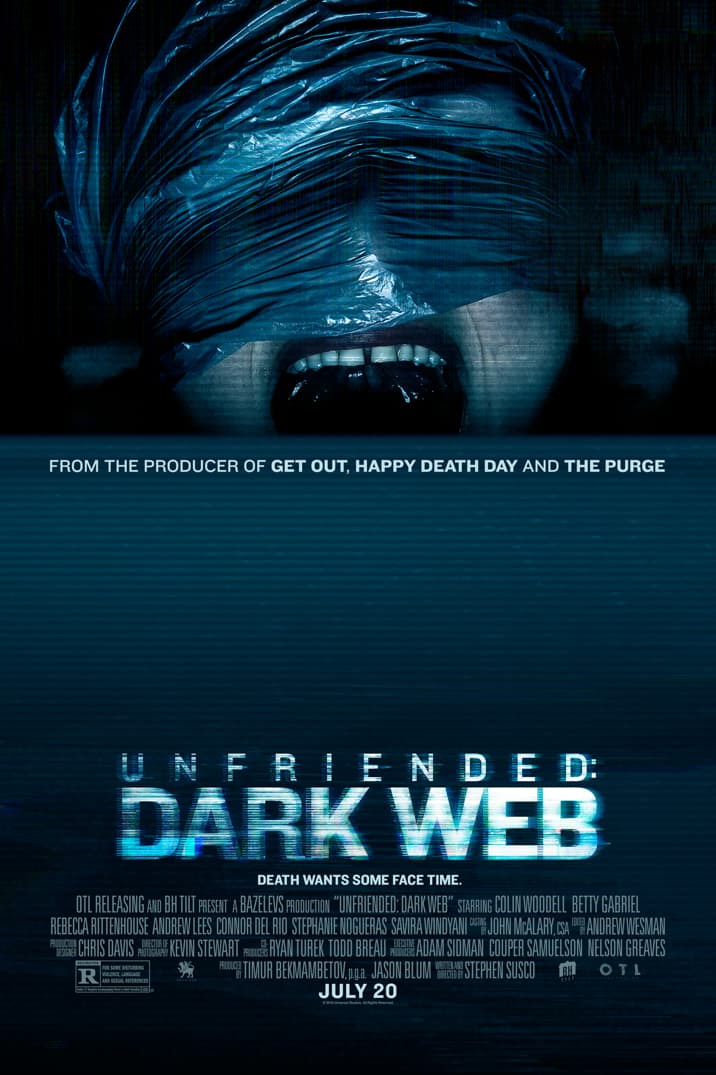 This was the third sequel of the day, and actually, probably the best movie that I saw today.  Still, Unfriended: Dark Web left me feeling unsatisfied and a little unhappy.

Mathias (Colin Woodell) had found a laptop at a cafe in the lost and found and, since it was a better version than his own, he took it.  He had been working on a new app to help with sign language so he could communicate better online with his deaf girlfriend Amaya (Stephanie Nogueras).  He gets online with a bunch of his friends for their “game night” and soon strange things begin to happen and, before long, everyone is in danger from the mysterious original owner of the laptop.

I have to say that the set up of this film was excellent.  The use of the online tools such as Facebook messaging to create tension and fear are used brilliantly.  The technological aspects of the story really add to the confusion and uncertainty of the situation.  Who hasn’t been online when something strange was going on that you couldn’t explain.

And I really liked the characters here.  Sure they are basic stereotypes, but each actor involved does a decent job of working with what they have been given.  There is enough character development for each person that it matters to you when they are placed in jeopardy… at least most of them.  Each performance was adequate and did not draw away from the story.

The villains are mysterious and are not supernatural in nature, which is a good choice.  Unfortunately, there is not enough about them and they end up being more of a plot point than characters.  The effects they have when they are seen on camera is fun.

I just did not like the situation these characters were placed in and I was not happy with the resolution of the movie.  The ending did seem to take a smaller, tighter story and blow it up to an illogical conclusion.

There was a style to the set up of the film and the execution of the online aspects of Unfriended: Dark Web, but the story seemed to become too large and all encompassing.  It worked considerably better when the threats seemed more personal, more directed.  As he film grew in improbability, the less it worked as a narrative.