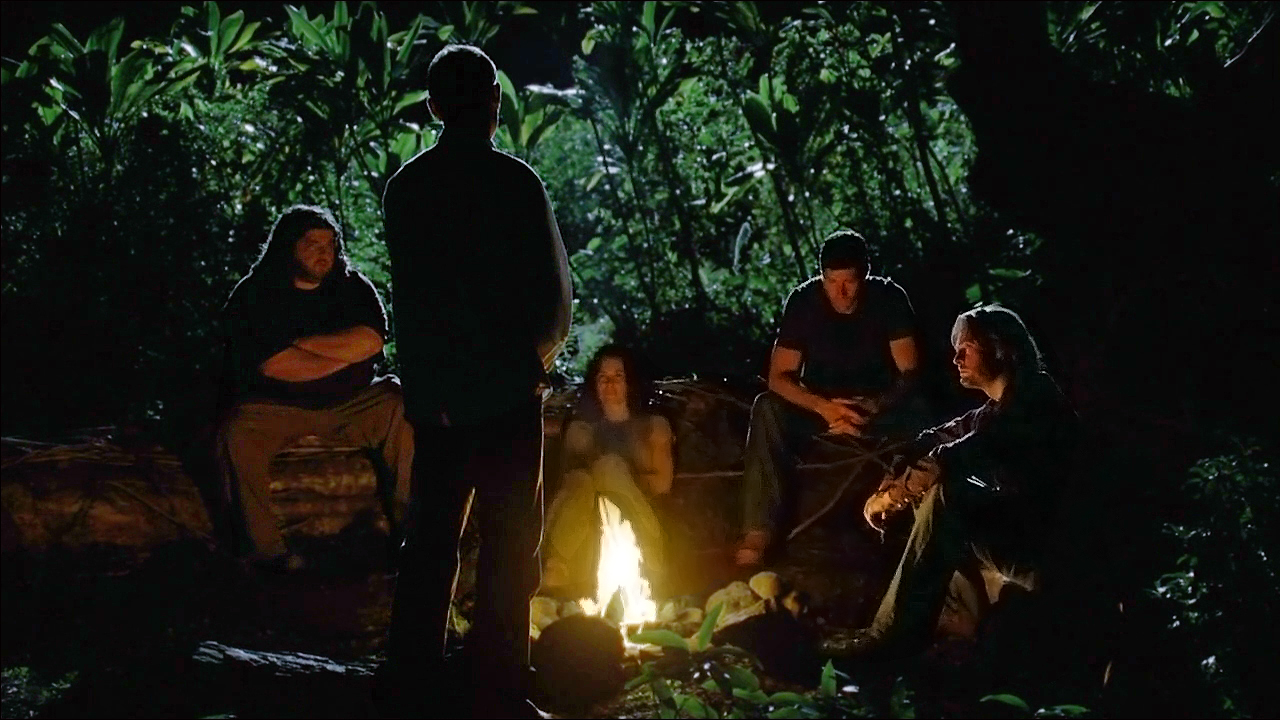 Some really great character moments as the show barrelled toward the finish line.  We get a new Island Protector and we find out why the other candidates had to die.

Kate was very emotional when she confronted the ghost of Jacob about the reason Jin, Sun and Sayid died.  He did not make excuses or platitudes.  He did not dodge the question either.  He admitted to his mistake, the one that he has been trying to fix ever since.  It was the mistake we saw happen in “Across the Sea” where Jacob sent his brother down the hole to the heart of the Island and the Smoke Monster was created.  Jacob knew that the Monster was going to try and find a way to kill him and that he would one day succeed, so he had to find someone to replace him.

He claimed that Kate’s name is scratched off the wall simply because she became a mother (to Aaron), but that meant nothing more than a chalk mark on a wall.  He said the job was hers if she wanted it.  I liked how straightforward Jacob was in this moment and one wonders how well things would go if he had been as straightforward as this for his entire reign as Island Protector.  He did learn the secretive and manipulative manners from Mother and he would not have had any other examples.

Sawyer got mad at Jacob for playing with their lives and Jacob responded with the fact that none of the people he brought to the Island were happy or knew where they were.  They were lonely and lost and Jacob gave them an opportunity to find themselves and their purpose on the Island.

Jack stepped forward and agreed to take on Jacob’s responsibility and there was a ceremony with water from the stream.  Jacob repeated the “Now you are like me” line that Mother used.  Hurley said he was just glad it was not him, a line that even on my first viewing way back when, I took as foreshadowing.

While Ghost Jacob was doing his thing, John Locke arrived in New Otherton and crushed the heck out of Richard, knocking him into the jungle.  Dead?  Ben immediately took his place at Smokie’s side answering any question he wanted to know.  Specifically, where was Charles Widmore.  Widmore and Chloe were hiding in Ben’s closet and Ben was happy to share.

Locke went down to the hidden room with Ben, killed Chloe immediately and started asking Widmore questions.  Apparently, Jacob had returned to speak to Widmore recently and told him how to find the Island, refocusing his cynosure.  He was now concerned with Locke instead of Ben.  Locke told Widmore that if he did not tell him everything, the first thing he will do off the Island is kill Penny.  As Widmore was whispering to Locke, Ben shot Widmore to death saying that Charles did not get to save his daughter.

The whole situation with Charles only brought back the memories of Alex and her fate.  Miles had run into where Richard had buried her as they returned, causing him to pause.  Ben thanked Richard for burying her.

Desmond got out of the well apparently because when Locke and Ben arrived t kill him, he was gone.  Locke was happy though because he decided he was going to use Desmond to help destroy the Island.