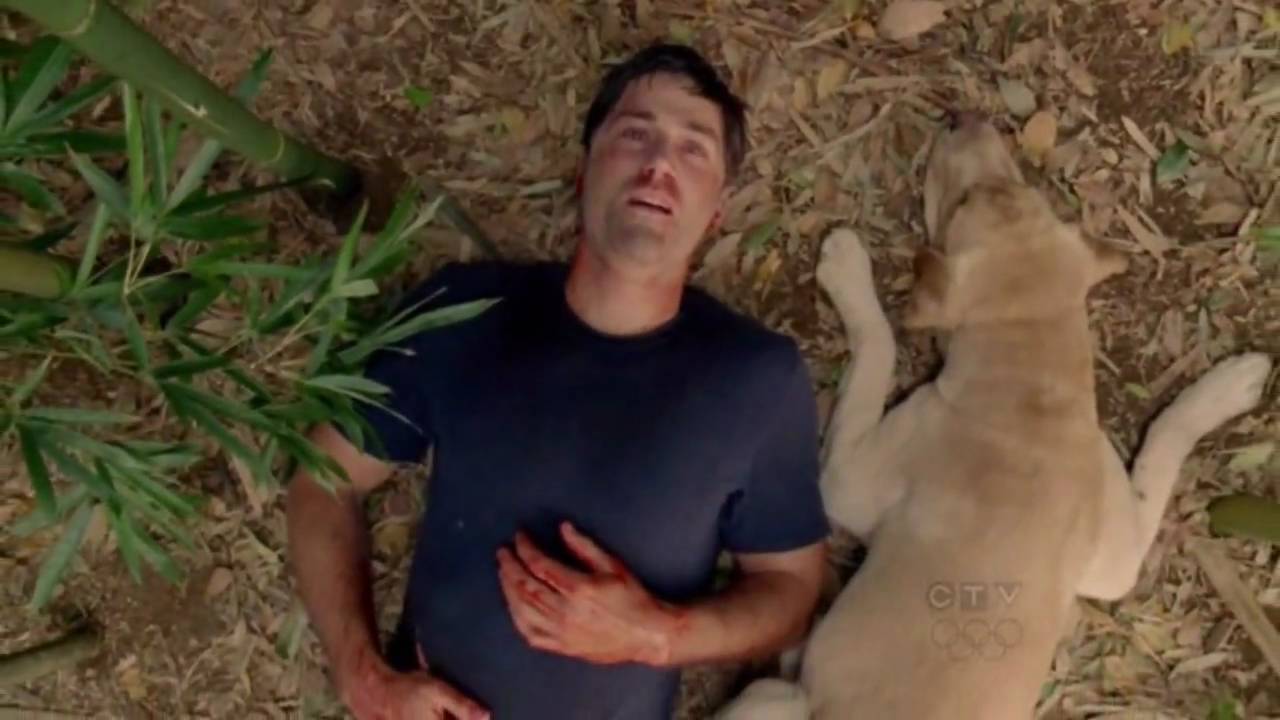 Thanks to Vincent, Jack did not have to die alone.  I hadn’t thought about that until this rewatch so the heart of the scene really hit me even harder.

There was a lot of backlash against “The End” because of the fact that it did not come right out and answer every little question that the series posed (although I could argue that MOST if not almost all of the questions can be answered from what we know) and because some people did not understand the ending.

It became popular to say that the Island was a purgatory and that all of the Oceanic 815 passengers died in the original plane crash.  People used the final scene as evidence since they were all dead there.  These people did not watch this show very closely or had preconceived thoughts that could be altered.

The battle between Jack and Smokie ended quicker than I expected, but it was emotionally compelling,and Kate getting a chance to “saved you a bullet” was a nice call back to earlier in the episode.

Everything with Hurley and Jack was heart-wrenching.  Jack knew what was going to happen and Hurley could not accept it (even though I think he knew as well).

I had a memory of a scene that I missed in the rewatch of the finale.  I remember Richard noticing that he had a grey hair forming.  My memory was this happened on the Ajira airplane, but I missed it in the rewatch.  That was one of my favorite little character moments so I hope it didn’t get edited out.

It was awesome to see the group reunited in the church afterwards, though I wondered about Miles and Faraday and Charlotte.  At least Miles should have made the cut as he spent three years in the Dharma Initiative with Sawyer and Jin.  Helen was not there with John Locke, but most of the memories with Helen came from the flash-sideways.  No Mr. Eko or Ana-Lucia (although it was nice to see her in the flash-sideways as the cop willing to take Hurley’s bribe money).  Lapidus wasn’t there either.

The heart of the Island with the giant cork was a bit hokey, but a lot of science fiction can be hokey.  It is more of a figurative metaphor than anything else.  It is the last thing that Jack needed to do for the Island.

The End was a beautifully written and acted episode and a fitting conclusion to the best show on television.  I am always so disappointed when people claim that LOST fell by the side in its later seasons.  If you have patience and if you understand what the show is about, there is so much here for you to love.  I had a hole in my heart for years after the show ended and I was reminded how wonderful this was watching these episodes over the last month or so.