Hey, welcome back to the EYG Top 10 list based on the Top 10 Show’s weekly podcast.  This week’s show featuring John Rocha and Matt Knost was the Top 10 Movies Based on A True Story.

When I first saw this category, I thought this would be one where I could not get ten films.  I am not the biggest fan of World War II movies and I knew that there would be films on Matt and John’s lists that I have not seen (for example:  Patton, Letters from Iwo Jima, A King’s Speech, Downfall etc).

However, I was able to scrape out ten films so I am going to go ahead and do the list.  Thing is, there are some films on the top ten list here that I am just not much of a fan of.  In fact, I would say that a good chunk of this list would be considered films that I only mildly like (if not even basically do not like).  It had to be done though.

#10.  Dunkirk. Starting here, I am not a fan of this movie, but I do respect some of the technical aspects of the film.  I did see this movie in IMAX and the sound was just so powerful that it was shaking my body and made me almost ill.  I could feel the film in my stomach and it was just an unpleasant viewing experience.  That may have severely altered my opinion on the film and that may not be fair.  It may even be one of the things that Christopher Nolan was going for when he made the film.  I just did not want to physically feel that way in the theater so it was down my list.  It will still make the list though. 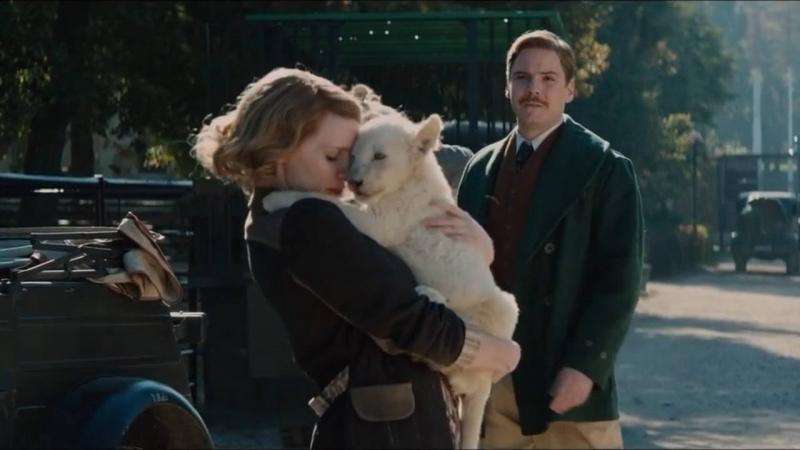 #9.  Zookeeper’s Wife.  Here is the next film that is, at best, an okay film.  It would have some great performances from Jessica Chastain and Daniel Bruhl.  The film tells the story of the Warsaw Zoo and Antonina Zabinski and her husband, Dr. Jan Zabinski who ran the zoo prior to its overtaking by the Nazis.  The Zabinskis worked in the resistance and helped many Jews and animals to escape the clutches of the Nazis.

#8.  Unbroken.  Another average film, directed by Angelina Jolie.  This tells the story of Olympic athlete Louis “Louie” Zamperini whose plane crashes in the ocean.  He survives 47 days adrift and then is captured by the Japanese.  Winding up in a POW camp, Louie was targeted by the commander because of his fame and his strength. But as the title must tell you, he makes it through the ordeal unbroken.  This could have been a much better film than it turned out, but it was a strong performance from Jack O’Connell. 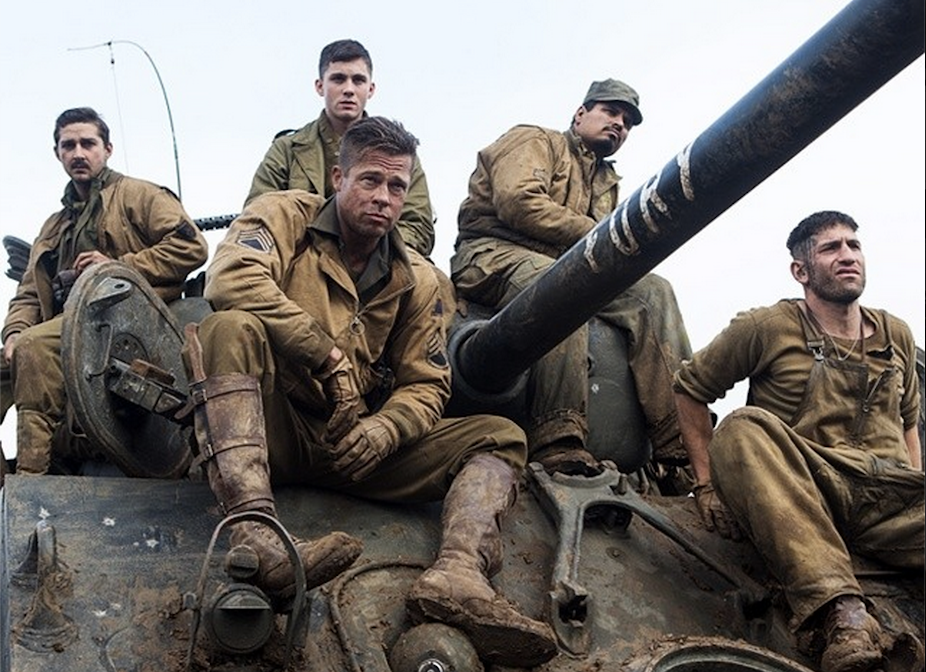 #7.  Fury.  Matt may have poo-pooed this choice when Jon tried to throw it in as a replacement pick, but I am keeping it on the list.  It is made up of a collection of true stories from real life Army veterans who spent their time in tanks.  It may not be based on a singular story, but that should not affect the choice.  However, it was another film on this list that was, for me, at best , okay.  It definitely has a great cast of actors here and there is distinct drama in the tale. 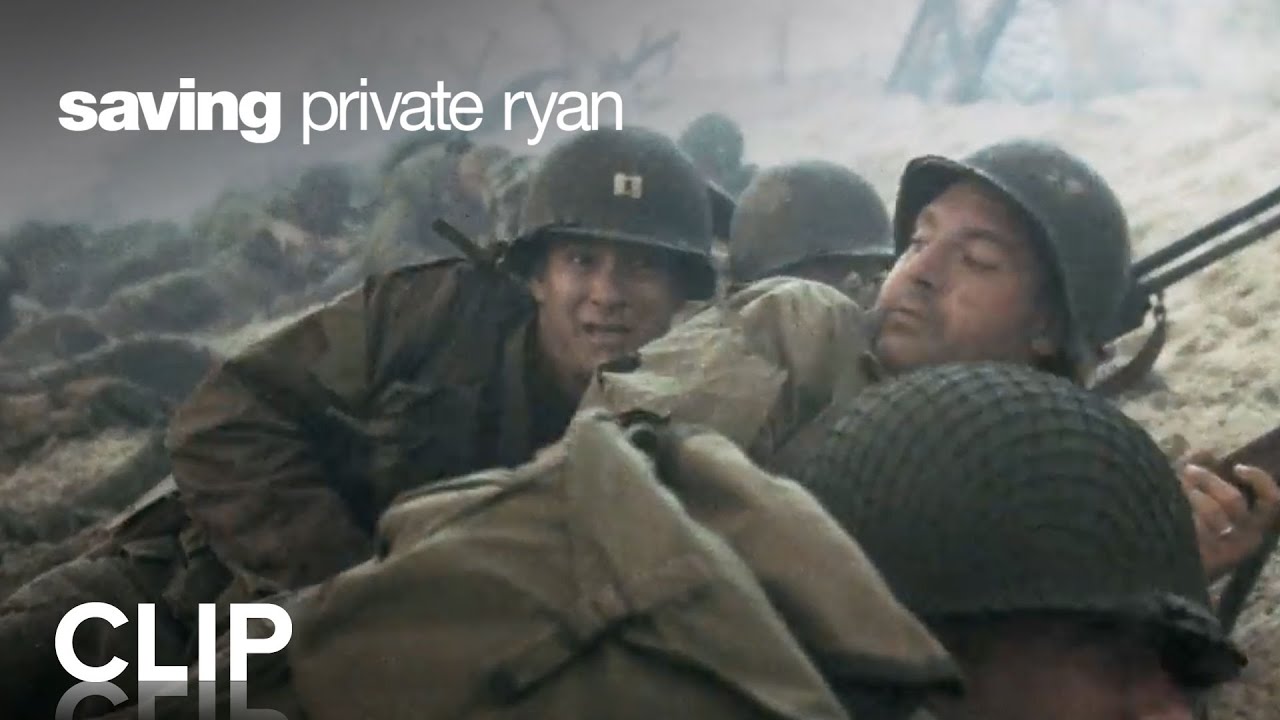 #6.  Saving Private Ryan.  Okay, truth time.  I may have only seen this once and it was years ago. In fact, I do not remember much about it, but I know it has a stellar cast and it has scenes that are as realistic as any you have seen.  I love Tom Hanks, as everybody does and the film is a really solidly created movie.

#5.  Imitation Game.  Again, this movie is a great performance from Benedict Cumberbatch, and that performance elevates the remainder of the film.  Cumberbatch played Cambridge mathematics alumnus Alan Turing to crack German codes, which included the believed to be unbreakable Enigma code.  However, the end was not good for Turning as he was revealed as gay and he was hauled off to prison.  He ended up committing suicide.  Tough end for a man who helped the Allied Powers win World War II.

#4.  Allied.  Brad Pitt and Marion Cotillard play spies during World War II and they fall in love.  They wind up getting married, but the questions continue to be asked… is she still a spy and just using him?  The love story is strong and the performances are outstanding.

#3.  Darkest Hour.  This is another movie that is elevated by a remarkable performance, which seems to be a theme among this list.  This time, the performance is Gary Oldman playing Winston Churchill.  This is the better, in my opinion, of the movies involving the removal of troops from Dunkirk, but it is best because of the Oscar winning performance of Gary Oldman.  The scene of Churchill on the train with the normal people was just as charming and touching as you could find.

#2.  Hacksaw Ridge.  I loved this movie.  The first half of the film was all setting up our character, Pfc. Desmond T. Doss, played beautifully by Andrew Garfield.  Doss was a conscientious objector to the violence of the war and he fought to not have to carry a gun.  He won that right and his platoon mates hated him for it.  However, no one hated him after he would run into fire to pull out injured soldiers. The second half of this movie was as brutal and fetus position-inducing of a film that I have ever seen.  The heroism of Desmond Doss should never be forgotten.

#1. Schindler’s List.  This one was a no-brainer.  It was the first film that I thought about when this topic came up.  It was the most emotional film that I have seen, maybe ever.  It was Steven Spielberg’s classic that starred Liam Neeson as Oskar Schindler, a German businessman who was out to make a fortune, only to discover the horrors of the concentration camps on the Jewish population.  Schindler attempted to save as many Jewish people form the camps as he could.  The devastating scene where Oskar broke down because he found a medal on the ground that could have bought the freedom of a few more people was just poignant as could be.  This is a movie that strikes at the heart and is one of the best works ever put to screen.