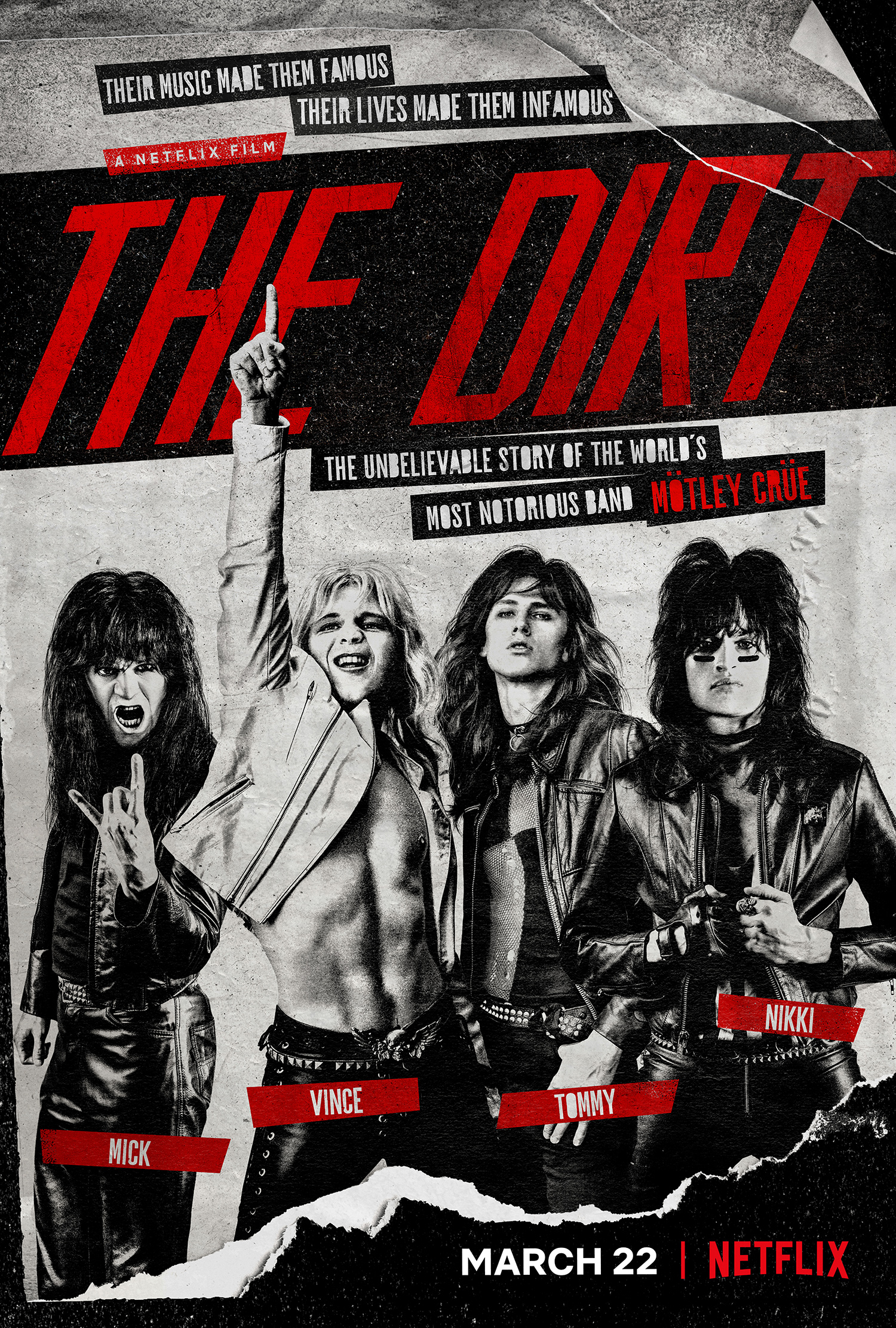 Mötley Crüe is the next band to receive the biopic treatment, this time on Netflix, and the film certainly highlights the band’s misbehavior over their long career in music.

The film did not shy away from the negative aspects of these men’s lives, as the drugs, the sex and the faltering relationships took center stage.  After watching this, it is amazing to know that Mötley Crüe was ever able to take the stage and perform on a nightly basis.

The film was narrated by the band itself, breaking the fourth wall several times to address the audience.  They also recorded voice overs for their individual sections.  I thought this technique worked effectively here.

The acting was solid.  Machine Gun Kelly was engaging as drummer Tommy Lee.  Daniel Webber stole the show as Vince Neil, especially in scenes with his little daughter.  Douglas Booth brought a humanity to Nikki Sixx that you did not think that he could have.

Having said this, these characters spend a lot of time in this movie being unlikable and downright jerks.   This is a true story, but it would have been nice to have a reason to cheer for them more than what the film gave me.  It also felt as if the movie brushed through the biggest parts of their lives to go back to showing the bad behavior.  It seemed as if they had more drama available to the filmmakers who passed it up for some more comedic scenes.

I could have lived my entire life without seeing the Ozzy Osbourne (Tony Cavalero) scene by the pool.

This is certainly an adult film.  There are a lot of scenes of sex and drug abuse that are detailed and disturbing.  Still, you get the feeling that this is exactly what the life was like for Mötley Crüe.

I was very interested in the story surrounding guitarist Mick Mars (Iwan Rheon) and the disease that he had that was leading to spinal problems.  I could have used more about that aspect of Mötley Crüe’s world, because watching him grimace throughout the film just made me wonder why he continued to rock on so hard.  The film touches on this theme, but does not dive into much depth.  It touched on it just so you know it is there, but not enough for you to understand what is driving the man.

The music is fun and rocks hard.  The rock star lifestyle is shown here, and we see some of the consequences of that choice, but perhaps not as much as we should have seen.

Still, as a Netflix film, this is a good watch and kept me entertained for the run time.  It even stirred some emotions watching it, in particular, near the end.  I was never a huge fan of Mötley Crüe, but you do not have to love them to enjoy this movie.