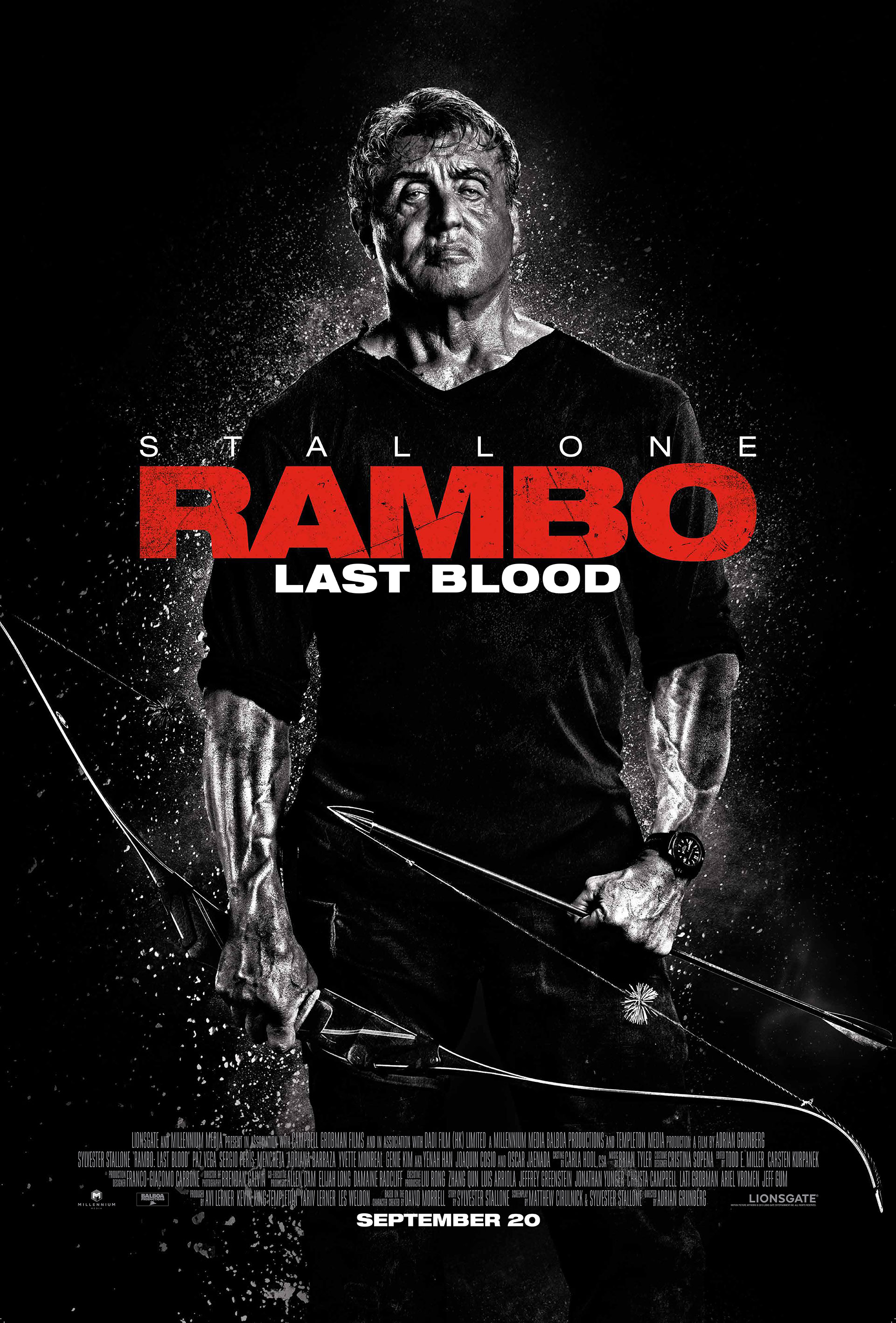 I have heard some online critics say, “What are you expecting?  It’s a Rambo movie” when they explain why there does not need to be a good movie as long as Rambo is murdering a bunch of scumbags.

John Rambo (Sylvester Stallone) is retired and on his farm when his soon-to-be college niece (Yvette Monreal)heads off to Mexico to find her absentee father, who deserted her years ago.  Of course, she gets in trouble with all of the “hombres” in Mexico and gets tossed in a sex ring.  John has to go down to try and save her from their evil clutches.

That whole father subplot took all of five minutes to resolve.  It was resolved in the most basic and unsatisfying way imaginable.

This film is truly a mess.  What many people are claiming as its great final scene of the third act felt like a more bloody, more violent episode of The A-Team to me.  We see Rambo working on his farm to set up the traps in a montage and the villainous Mexicans stumble right into his traps.

And then the gore factor just shoots into orbit.  Some of the most brutal moments I have sen on film.  I have never been a fan of the real bloody gore, so I found myself not enjoying the final act.  And what was even worse was the bad guys were so stupid that they did not vary in the slightest from Rambo’s death traps.  They just blindly ran directly into them.  Oh, and every one of them worked perfectly.  Good job B.A and Face!

By the way, there seemed to be a political tint to some of the scenes.  Why, there was one scene where Rambo arrived at the USA/Mexico border and just drove his truck easily through the barbed wire fence.  I wonder what message that was trying to send.

I found the dialogue and much of the acting to be poor, but … what do you expect from a Rambo movie?  As long as Rambo kills people, nothing else matters.

I thought I might enjoy this one, but I was wrong.  I thought this was not a good movie and it had a bunch of things that checked off boxes of things that make me uncomfortable.  Too much gore for me, and the villains are as stupid as the victims in a slasher movie.  If you are a big Rambo fan, this will probably thrill you.  I have actually not seen any other Rambo movie so I am only approaching this as an audience member and I did not like it much.