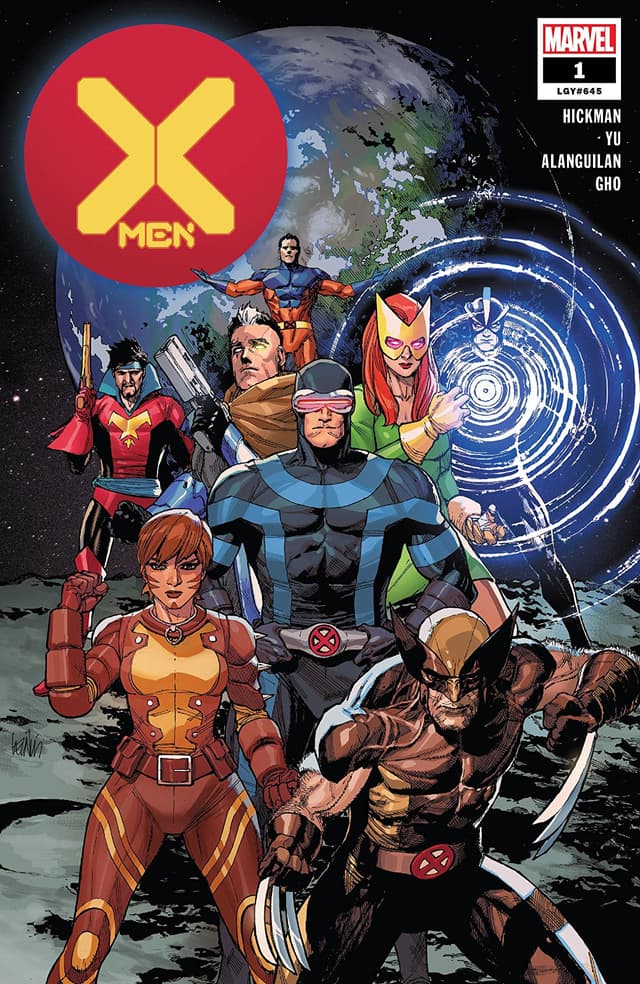 After the two connected X-series Power of X and The House of X concluded, the X-Men were ready to start on their new adventures in the new world.  A sanctuary land known as Krakoa where all mutants are welcome has become their new home and allowed them a new grasp on life.

This first issue focuses on the Summers clan and their family get-together on the moon.  There are some other storylines that are sprinkled into the book, especially the strange arrival of a new character who was “born out of time.”  This female character was interesting and I found that I wanted to know more about her.  Unfortunately, she was on two pages.

We are also introduced to what appears to be a group of new villains on their way to make the X-Men’s lives troublesome once again, but I am having trouble caring much about them since I really do not know who they are.

Honestly, I find this whole new take on the mutants to be fairly meh.  I have trouble with potential stakes since, if anyone dies, they can just be reborn again with all of their memories.  It is like the old “nobody truly dies in comics” taken to the nth degree.

There were some good moments in the book, especially a conversation between Rachel and Hepzibah about the spikes on her clothing.

The whole thing with this new version of the X-Men is that everything feels off.  That may be by design, in which case I may have revisit this at some point, but the whole Krakoa stuff with the cult-like situation is just creepy.

And fact is, with all due respect, I have not been a fan of the art in this book so far.  Hopefully it picks up.

I’m not sure how I feel about the X-Men.  I had cut the ties with the mutants prior to the House of X and Powers of X, and I cannot see any way I am buying the plethora of X-books that will be coming out over the next couple of months, but there are some potential here that could turn into more than what is here now.  We’ll see…