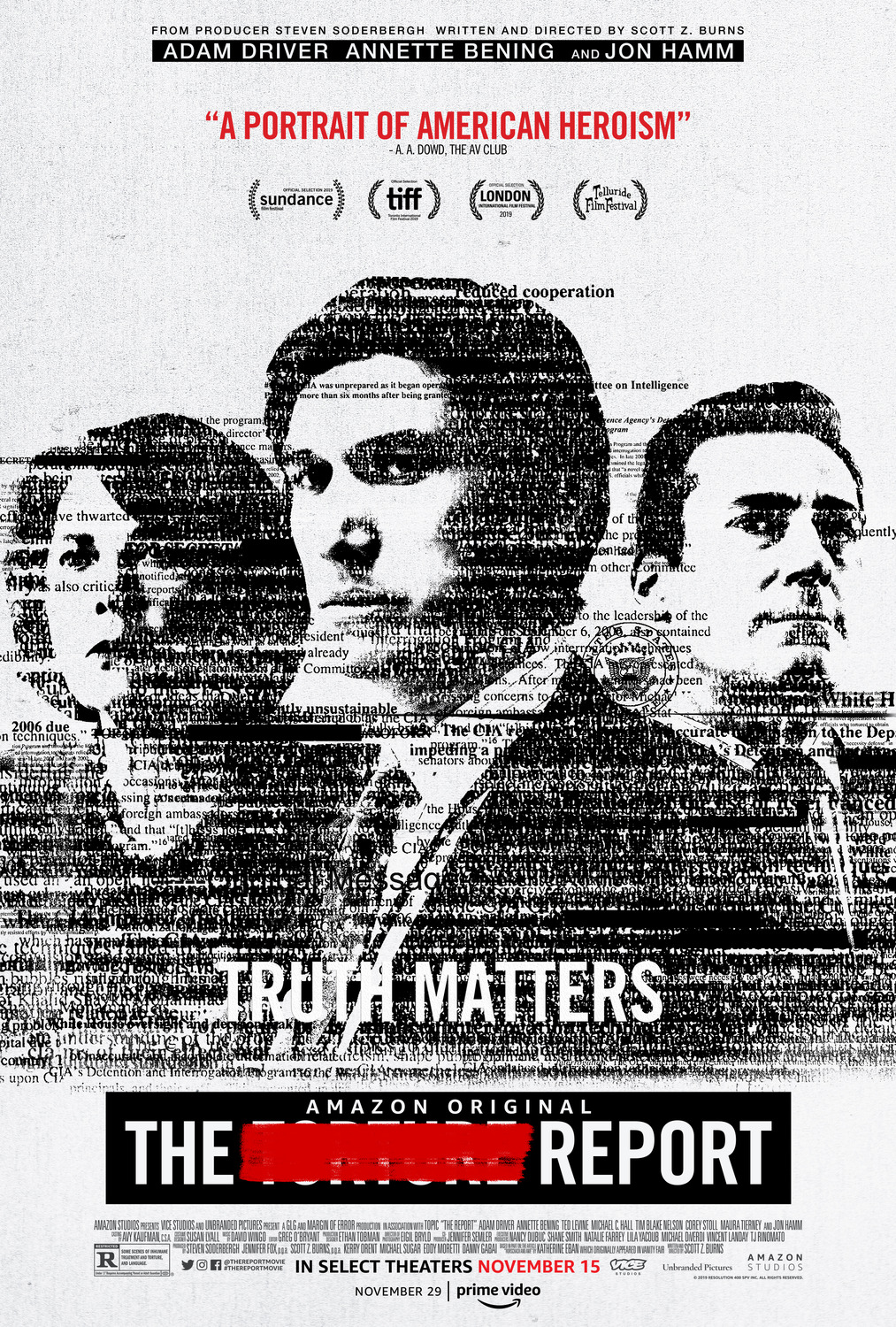 Adam Driver is going to have a month of a lifetime.  First, this is released for all to see on Amazon Prime.  Soon he will be on Netflix in Marriage Story, a performance that may get him nominated for an Oscar, and then he will be in the final Star Wars movie< The Rise of Skywalker.  Most actors would kill for just one such project in a yer, let alone before the end of the month of December.

The Report is the first of his trifecta and it tells the story of the attempts by Daniel Jones (Adam Driver) and Senator Diane Feinstein (Annette Bening) to complete and release a report that investigated the CIA’s Detention and Interrogation Program and their use of “advanced interrogation techniques” aka torture in the days, weeks and years after 9/11.

Daniel Jones compiled a report of around 6,700 pages over seven years of investigation.  Seven years where he had many roadblocks tossed in his path including threats of prison and loss of his job.  Eventually, with the backing of Senator Feinstein, a condensed 500 page report was released condemning the practices used by the CIA as cruel and ineffective.

This film showed some American heroes who believed that how this country carried itself is as important as anything.  The Report is remarkably relevant in today’s world where it seems that what we do is not held to the highest regard any more.

The Report carries most of its drama through the talking of the actors so their words needed to be compelling and engaging.  For the most part, it was.  There are some moments when the film dragged a bit, but Adam Driver pulls everyone back on board as soon as that happens.  Driver is certainly the most important character on the screen.

Annette Bening’s work as Diane Feinstein is very important to Driver’s performance.  She supports him and helps him every step of the way, providing the confidence and aid that moved the report forward.  The film showed Feinstein as a senator willing to do what she believed was right even if it was not the most politically sensible choice to make.  Again, very relevant in the Senate today.

The release of this movie is very coincidental, but it could not have turned out better for it.  These type of political thrillers depend on a griping story and powerful performances and The Report has both of these.  It is currently available on Amazon Prime.