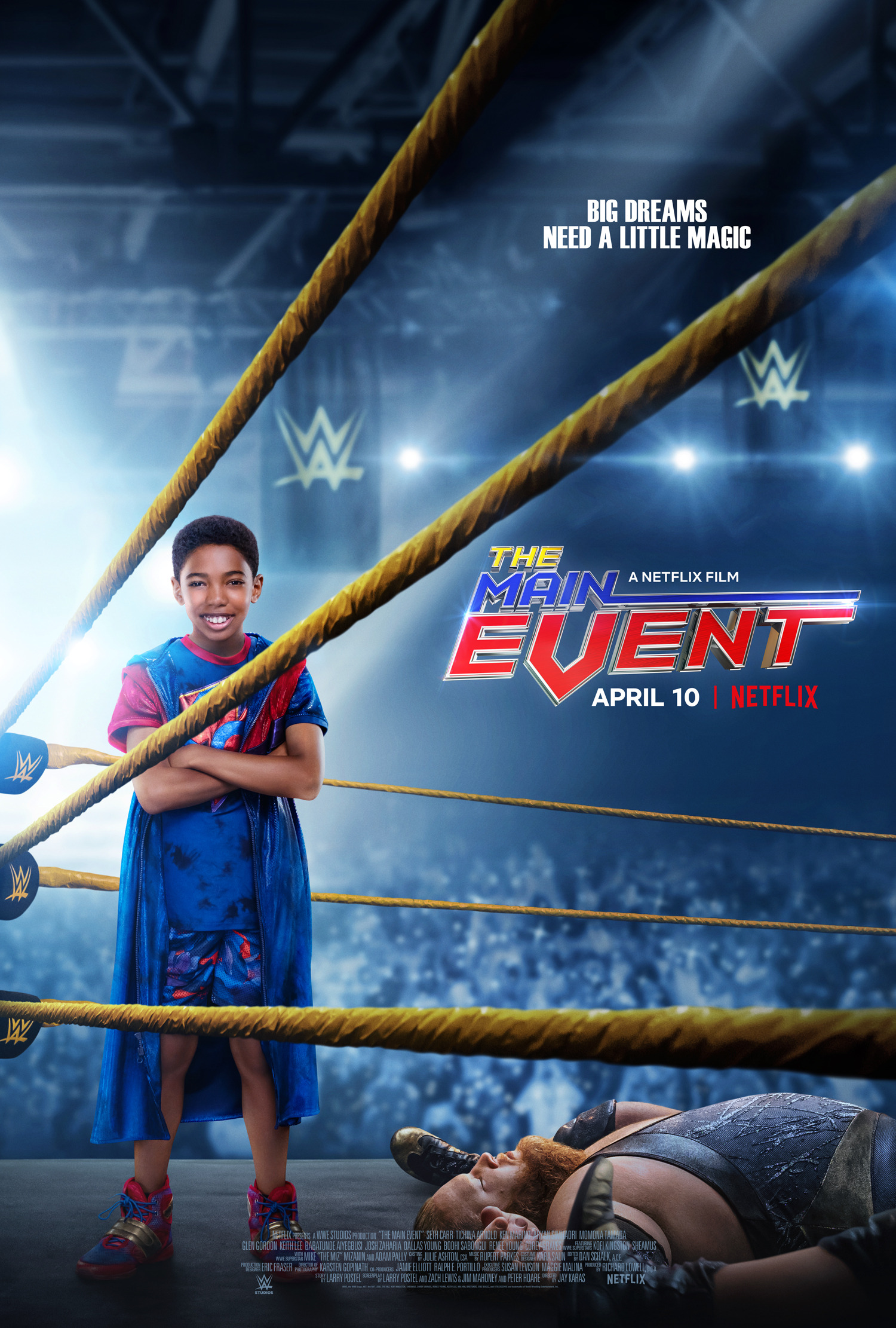 Have you ever wanted to be a WWE superstar?  Well, all it would take is for you to find a magic mask and enter an NXT tournament.

The Main Event is the new Netflix/WWE Studios film that brings you into the fantasy of becoming a wrestler without any of the hard work.

Skinny and bullied 11-year old Leo (Seth Carr) is chased by the school bullies into an open house.  Hiding in a room, Leo, already a huge WWE fan, discovered a smelly old wrestling mask in a secret hiding place.  Leo discovered that when he put the mask on, he gained incredible strength, increased agility and a boost of confidence.  So much so that he, as Kid Chaos, entered a 16 person professional wrestling tournament with the winner gaining a WWE contract.

Meanwhile, Leo has a distant relationship with his father (Adam Pally), whose wife ran off with another man.  Leo’s over-the-top grandma (Tichina Arnold) connects with Leo over WWE and tries to get his father to talk to his son.

The movie is similar to the Jim Carrey movie The Mask, if this was set in the world of WWE, if the wrestling matches were real.

The film acted as if the matches in this “tournament” were real and happening.  Several WWE Superstars included in this movie were The Miz, Kofi Kingston, Sheamus, Otis and Keith Lee.  Keith Lee played a wrestler in the NXT tournament named Smooth Operator.  The main villain in the tournament was named Samson, performed by the NXT/Evolve wrestler named Babatunde.  Otis played the wrestler Stinkface, who has one of the dumbest scenes of the entire film.

The Main Event has some fun moments to it.  I liked the young Seth Carr.  I feel as if he did a solid job in this film.  The story had some sweetness in it too.  I have seen worse movies than The Main Event.

Having said that, there are a lot of silliness to the film.  It is very predictable and the whole “real-life” matches made little sense.  Everybody knows that WWE is scripted so to act as if it were real was a challenge for me.

This was not terrible, but it is, most likely, going to be more enjoyable for younger viewers.  It is silly and predictable and makes little sense.  Gigantic WWE fans, especially the younger ones, might like this more than others.  If you are not a WWE fan, this one is probably not for you.