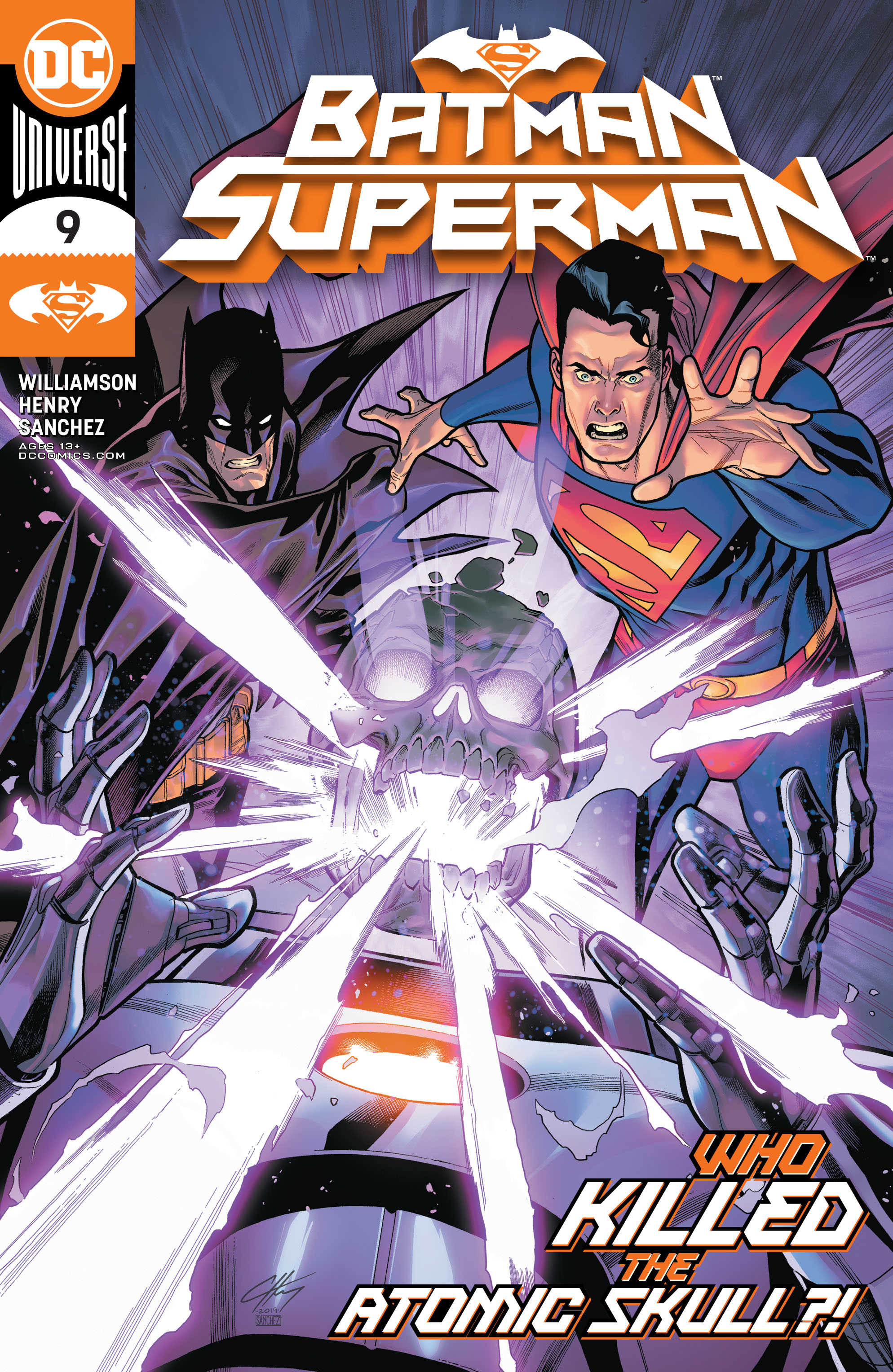 I had gotten the Batman/Superman series originally because of two things.  One, I liked the Batman Who Laughs villain that started the first story arc.  Two, I thought it was just a mini-series and that once that Batman Who Laughs story was over, the series would be done too.

That has turned out to be not the case.

Then, I have to say, that the last couple of issues of Batman/Superman have been fairly unimpressive, if not boring.  I did not like #8 at all.  Even though I have always enjoyed these two iconic characters together in whatever medium I saw them in, I was most likely preparing to let this series go.

The arrival of the Atomic Skull was not that big of a deal to me.  I do not think I have ever seen this character before.  But the way this story began, with this Skull looking for Batman.  The interactions with Batman and the surprise (and gorgeously drawn) two page splash at the very center of the book.  I was already invested with the mystery, but this just was jaw dropping.

Loved how Superman is used here.  Dropping in from an attempted date with Lois, he and Batman have immediate chemistry with one another and work so well together.  The comic has done an admirable job of showing the contrast between the two of them.

Then with the appearance of the main villain for this story arc was unexpected and welcomed.

Superman/Batman was heading toward me dropping it.  Now, I am really looking forward to the next issue.