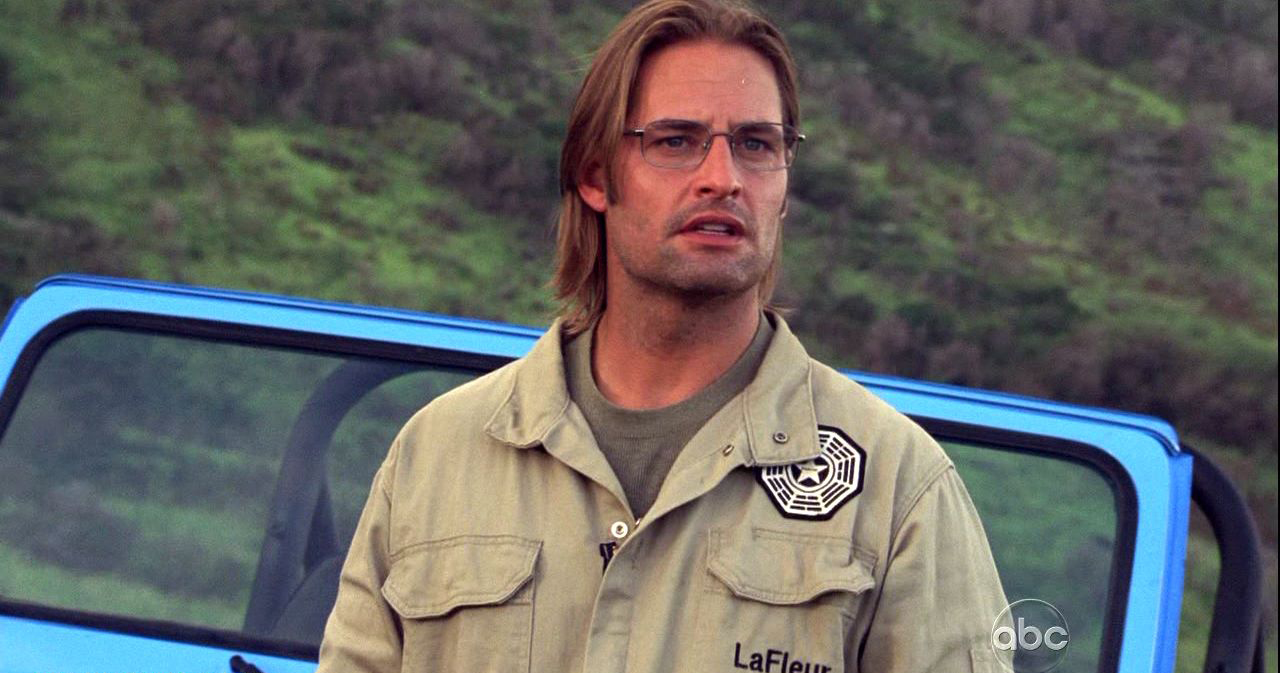 1974.  Sawyer, Jin, Juliet, Miles and Daniel are stuck int he past and find their way to the Dharma Initiative.

Before we look at 1974, let’s mention the statue.  The last flash we got before Locke turned the donkey wheel and reset the time was of the back of a gigantic statue on the beach.  It looked Egyptian for certain and I know the existence of this statue caused much debate on the Internet about what the statue represented, who built it and what purpose did it serve?  I do know that the statue was not Anubis, as speculated, but instead Taweret, the Egyptian goddess of protection, birth and fertility.  The remains of the statue, a four toed foot, was seen by Sayid, Jin and Sun as they were sailing Desmond’s boat in “Live Together, Die Alone”.

Enough of the statue, the Island settled in 1974, leaving Sawyer and the group stranded, although they do not know when they are yet.  As they are moving across the Island, they came across a woman being grabbed by two men, and having a hood thrown over her head.  Sawyer and Juliet came to the rescue and killed the two men.  The woman, Amy, was panicked because of the “truce” and insisted that they bury the bodies.

On the way back to her home, they stopped at the sonic fence.  Amy tricked them into thinking it was off, and captured the whole group.  Sawyer woke up before Horace Goodspeed.

Sawyer used his con skills to invent a story about his ship wrecking in a storm and the five of them washed ashore.  He called himself James LaFleur.  Horace said they could leave on the sub tomorrow, but James wanted to stay longer to “find the rest of their crew” meaning he was hoping Locke would come back.

Sawyer, the same man who conned the camp so he could get the guns and who seemed to care for no one, has really changed his tune.  He had found a group of people he cared about and he would do, apparently, anything to help them.  Quite a different man.

Richard Alpert arrived at the Others barracks wanting to know where his men were, and ready to wreck things up over the supposed breaking of the truce, James came out and hit Richard with the truth.  He asked about Jughead.  He asked if he remembered John Locke limping into his camp 20 year ago and then vanishing.  James told Richard about killing his men and that he was not a member of the Dharma Initiative so the truce had not been broken.

Sawyer showed himself as a leader at this point, something he was never anxious to do with the Oceanic 815 group, especially with Jack & Sayid around.  He convinced Juliet to stay for two weeks and three years later, James and Juliet were in love and living together in New Otherton.

So when Jack, Hurley and Kate arrived, their presence threatened everyone’s happiness.

We also saw Amy, 3 years later, give birth to Horace’s son… if I remember correctly, the baby turned out to be Ethan Rom.

This started a healthy run of episodes with the Dharma Initiative where we learn more about that group and about the Incident that r. Candle spoke about on the Swan Orientation tape.