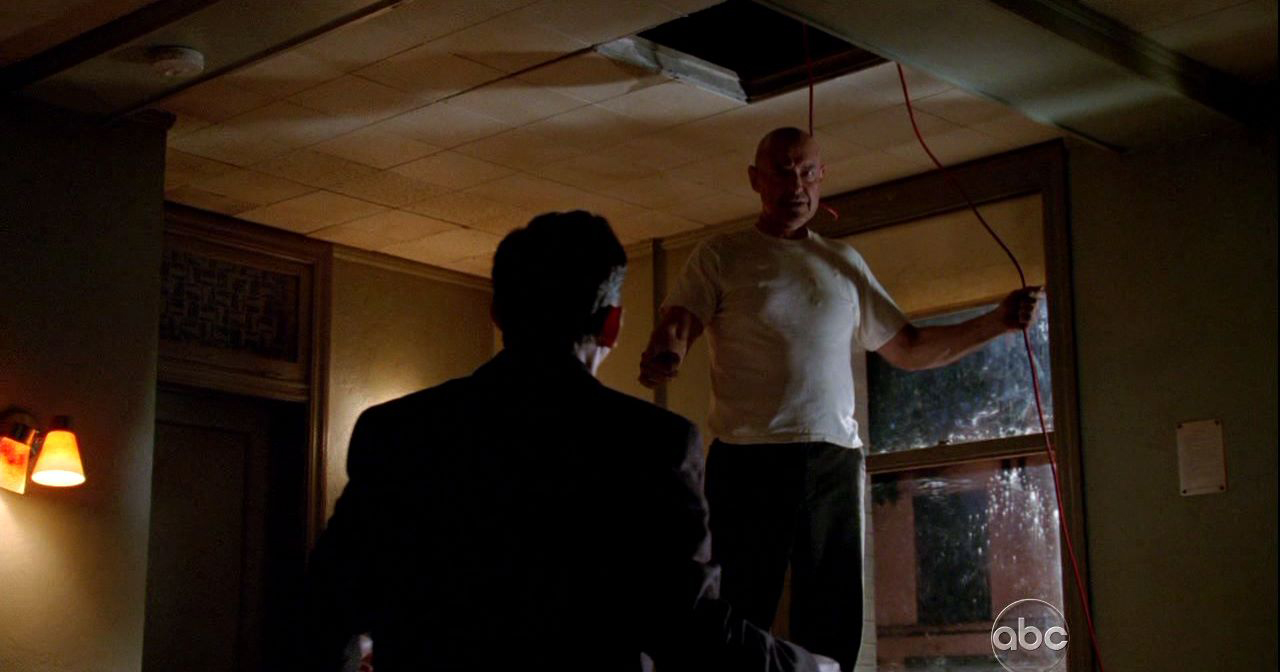 This one is a tough episode.

One of my all time favorite characters is John Locke and to see him broken down, manipulated to the point that he was ready to hang himself was rough.  To see Ben Linus talk him down from his perch was awesome, until Ben decided that he did not need John any more and strangled him to death.

It is an inglorious end to a fantastic character.  One that makes John Locke truly one of the most tragic characters on television.

John was a man who was always looking for the place where he could feel he belonged.  Given up by his mother, winding up in foster care, John wanted to feel that he was special.  At one point in his life, he could have had it all.  He was in love with Helen and she loved him back.  However, John’s obsessions, at this point with his father’s cruelty, cost him everything:  Helen, his ability to walk, his self-image.

But when John Locke stood up on his own feet on the Island, he knew this was a place where he was meant to be.  A man of faith, believing desperately that destiny had brought him to the Island for a greater fate.  Unfortunately, it was all just a way to manipulate the sad and pathetic man in a giant game of chess.  Maybe backgammon.

Seeing John on the edge was difficult, but when Ben showed up, there was hope.  I knew that John was in that coffin, but I had held out hope that something else would happen.  Maybe it wasn’t John after all.  And Ben talked him down.  Locke did not want to die.  He desperately wanted to be relevant.  To be important.  Special.

As soon as John told Ben that they had to go see Eloise Hawkins, he became expendable.  A pawn sacrificed for the greater good.

Then, ironically, John took Christian’s place on the Ajira 316, and then on the Island as well.

This episode once again blurs the lines between good and evil.  Charles Widmore appeared to be a nice man who cared about the Island and helping John out.  Ben was the same way.  It is very possible that neither of these two men are a hero.  That they are equally evil men, in a struggle for power.

It is a shame, because the Island could have used John as a protector and a leader, but he was manipulated off the Island and into the coffin.

A second character that seemed to be a total waste was Matthew Abaddon, who gets shot and killed by Ben in this episode.  Abaddon appeared to be important early in the flash forwards but he turned out to be John’s driver.  That kind of echos the main story of Jeremy Bentham as well.