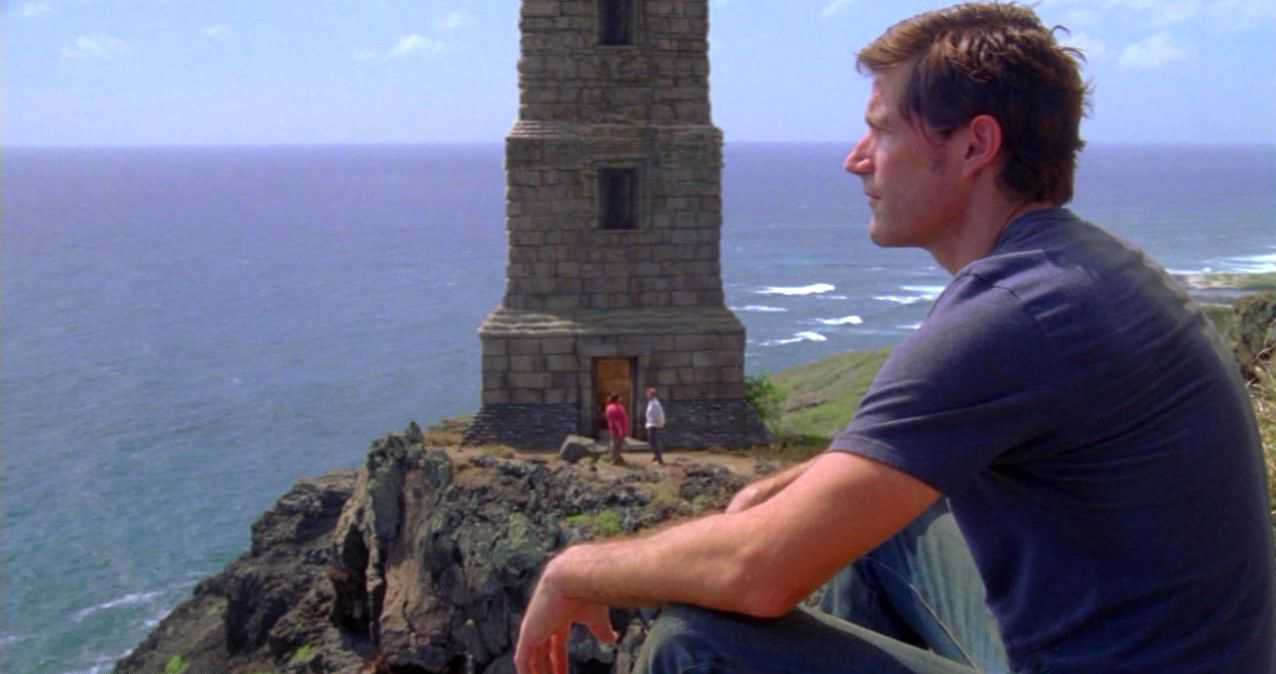 I have really enjoyed the flash-sideways parts of the first five episodes.  They feel kind of like the old Marvel Comics series What If?  Alternate timelines that play out a story in the fashion if something else happened than what did happen.

While I have enjoyed Locke as a substitute teacher, Jack as a father and Kate still running, they do not feel as if there is a reason for them to be done here.  Although I suppose you could say that each flash-sideways is dealing with some core issue at the heart of the character.  Jack dealt with his own father issues iby dealing with his son.  Locke had to work through the paralysis and how it affected him as a man.  Kate hasn’t yet stopped running, but I expect that will be focused on at some point .  Claire had to come to the understanding that she did not want to give up Aaron. In this manner, these characters are facing some of their biggest personal problems in this alternate world that is familiar, yet somehow off.

We know they feel off because Jack did not remember having his appendix removed.  His mother told him that it happened when he was 7 or 8, but we know Juliet removed it on the Island.  This Jack knew that the childhood surgery did not feel right, but he accepted it because he was not ready yet to understand everything that was happening.

I have to say that I have enjoyed Dylan Minnette as David Shephard.  Dylan has since this been the lead character in Netflix’s 13 Reasons Why, and he has been in several movies such as Don’t Breathe, Goosebumps, and Prisoners.  He’s a great young actor who did well here.

On the Island, Jacob gave Hurley instructions on bringing Jack to the Lighthouse.  Jack asked how they hadn’t seen this structure before and Hurley said “maybe we weren’t looking for it.”  That feels like a perfect explanation for this.  We know they are both candidates..maybe only candidates can see this.  Perhaps the lighthouse is out of time- as we know the Island is and there is a certain moment that it can be found, with precise instructions- like Jacob gave to Hurley.

The wheel inside with the mirrors that let you watch places on the mainland was a cool idea and having these different people corresponding to the degrees on the wheel was another epic use of those numbers.  Jack showed he was still the old hothead as he smashed the mirrors to bits when Jacob would not show up.

In the end, Jacob talked to Hurley and told him that he wanted Jack to understand how important he was and, most importantly, he had to get Jack and Hurley away from the Temple because something bad was coming.  Smokie, most likely.

Then there is Claire.  Claire is coo-coo for Cocoa Puffs right now.  Too many days alone on the Island being corrupted by the Smoke Monster would turn anyone into a raving loon and Jin realized that he was in serious trouble as Claire was wielding that axe.  The axe to the gut of the Other was shocking from Claire, without a doubt.  One wonders what she had done during these three years… as crazy squirrel baby may indicate.  Claire’s claim that she was not alone was very creepy as well.  She said she was with her father, Christian, who we saw take her in the first place.. and her “friend”.  At the episode’s end, we meet the friend.  John Locke walked into her tent, Jin called him John.  Claire said, Jin, that’s not John, that’s my friend.  She obviously means the Man in Black/ Smokie.

Claire’s threat to Kate at the end about killing her if she had taken Aaron was just full of crazy train.  I wonder if this is the future for Sayid as well, if Claire had been “infected” as Dogen had said.