Good evening all.  This week, in honor of the weekend’s big movie release, Mission Impossible: Fallout, the Top 10 Show came back and redid the list of Top 10 Tom Cruise movies.  Matt and John said this was the third time they did this list, once on the original show and once on the Collider show.  They both said that their lists changed over the three times as opinions change.

Let me address something that happened during the show.  When John did not include Edge of Tomorrow on his list, Matt asked the audience to slam John’s Twitter account with a line and to tag Matt in it.  The line was “I don’t believe Rocha is such a schmuck when it comes to Edge of Tomorrow.”  It was a funny interaction between the two and so I tweeted it out with some funny hashtags about the SDCC flu.  Then, earlier today, I saw John post a tweet about how it has been a bad week and he seemed very offended at the schmuck comment and he talked about blocking those who did it.  I immediately deleted the tweet because I did not mean to offend John.  It felt like a fun jokey thing between Matt and John that we could all join in with.  I completely respect John Rocha and love everything he does to entertain me.  If he was offended by my tweet, I apologize.  It was not my intent.

So moving on, here is the EYG Top 10 Tom Cruise movies. 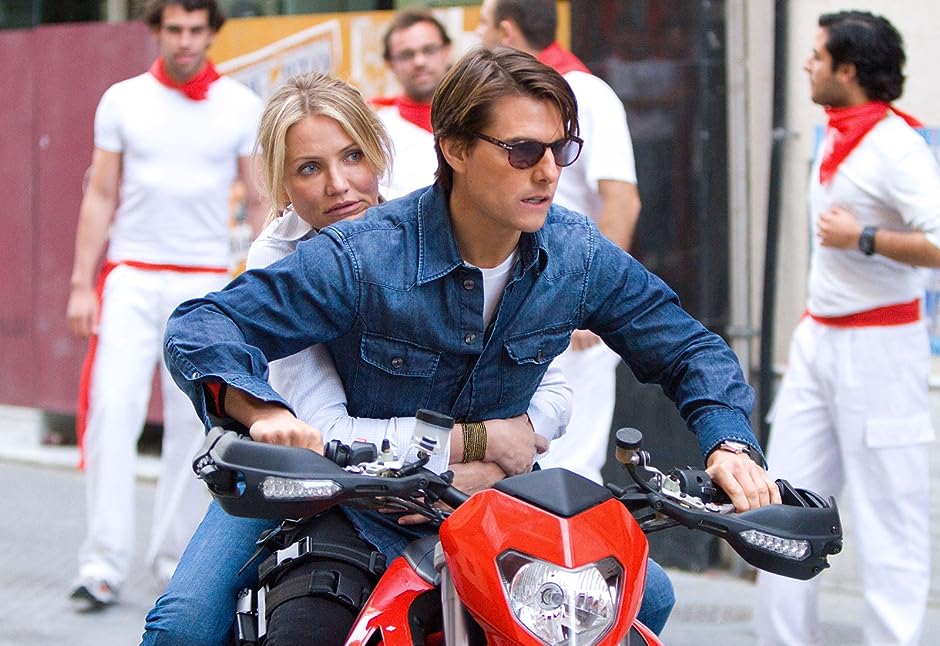 #10.  Knight and Day.  Here is the guilty pleasure on my list.  Tom Cruise is a spy who winds up getting caught up with Cameron Diaz, who is trying to get back to Boston for her marriage.  The pair have a fun action story and they do have a lot of chemistry between the actors.  It is quite the cheesy film, but I found myself really enjoying it. 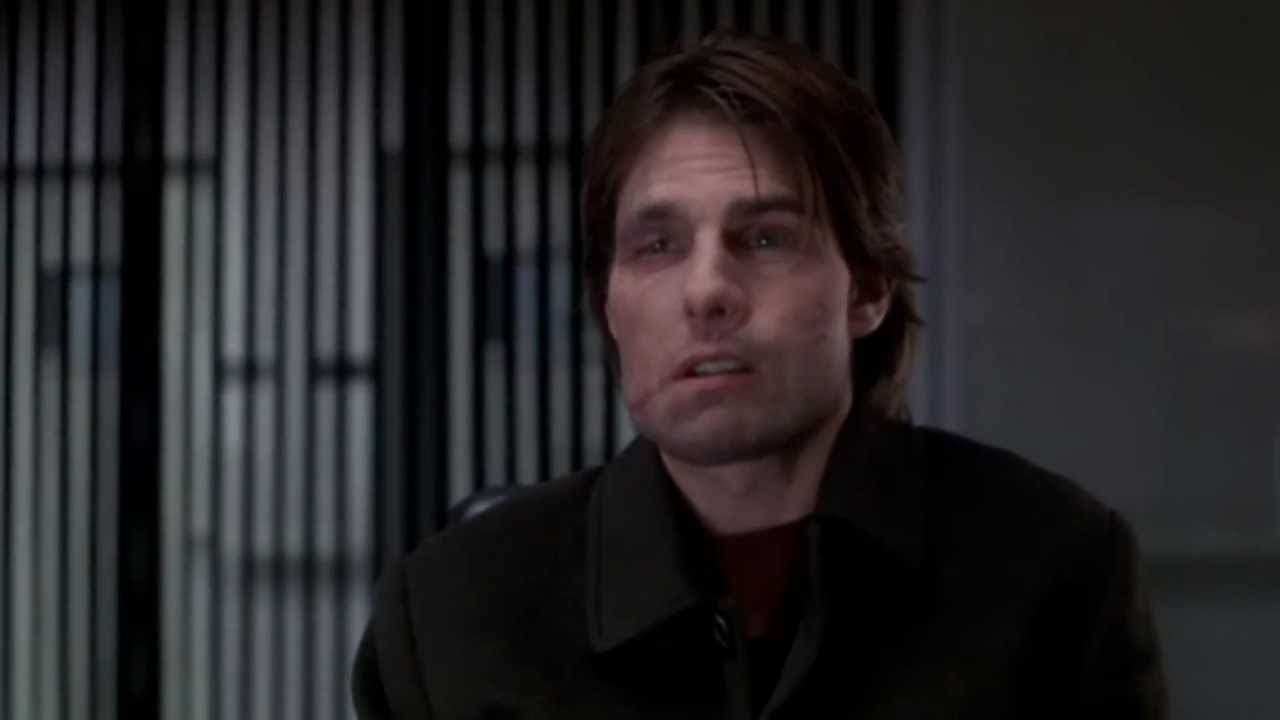 #9.  Vanilla Sky.  Written and directed by Cameron Crowe, Vanilla Sky is a science fiction psychological thriller that really takes some wild ideas and concepts.  Tom Cruise starts in a prison cell where he is telling his story to a psychiatrist.  Much of the story is told through flashbacks during this time that reveals how Cruise’s face has been scarred.  Then, it gets weirder after that.  It has been awhile since I saw this film and it might be one to revisit in the future.

#8.  Mission Impossible: Rogue Nation.  This is the most recent of the Mission Impossible movies and a film that was extremely fun and exciting.  It included Tom Cruise hanging off of an airplane as it took off.  It also had some awesome motorcycle stunts.  Rebecca Ferguson appears as a rival in the film and really hits it big.  Rogue Nation was a lot of fun and embraced what this series of films are like.

#7.  Jerry Maguire.  This is another Cameron Crowe movie with Cruise where Tom is a sports agent named Jerry Maguire who has left his agency to start his own little company and he needs that big time star to sign to solidify the company.  He is hoping that this would be Cuba Gooding Jr.  While that part of the film is going on, there is also a relationship between Maguire and Renee Zellweger  and her cuter than heck son.  This is the film where the phrase “Show Me the Money” came to be. 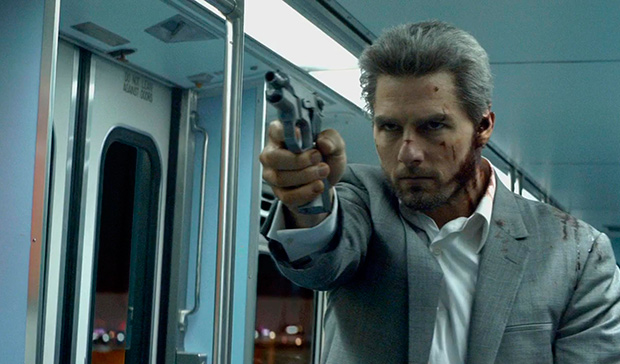 #6.  Collateral.  This was the film I watched today because it was the Top 10 Show’s number one film, but I was not sure I had watched it before.  I think I had seen it years ago, but my memory of it was sketchy so I decided to watch it today.  It was really good, with Jamie Foxx as a taxi driver and Tom Cruise as a hitman/assassin, but I don’t think it was as high as the guys had it.  I was distracted by the white hair on Tom Cruise’s head.  It is one of the few times where Tom Cruise played the villain character and he does it extremely well here.

#5.  Rain Man.  I loved this movie.  This is another time where Tom Cruise played a character named Charlie who was fairly slimy.  He discovered that he had a brother with classic Autism and he tried to get custody of him to gain control of the money he thought his father should have left him.  Along the way back after removing his brother Ray, played by Dustin Hoffman, from the institution that he was at, Charlie started to bond with Ray and he softened his stance on what should happen with his brother.  Charlie showed great growth throughout the film and Cruise does a great job acting opposite a brilliant Hoffman.

#4.  Mission Impossible: Ghost Protocol.  Now the guys only put one Mission Impossible films on their list, but I wanted to put two.  I think this is the best of the franchise.  When Tom Cruise’s Ethan Hunt is outside the building on that glass, the tension was palpable.  This was such a fantastic action adventure that saw the team having to go off the grid because they were being chased by the government.  Great stuff.

#3.  Minority Report.  Another great science fiction film with Cruise working in an agency that uses psychic technology to tell the future and arrest people before the crime has been committed.  When, Cruise becomes the center of one of the crimes, he needs to look closer at the program to discover the truth.  Directed by Steven Spielberg and adapted from a Phillip K. Dick story, Minority Report is a fun mystery to try and figure out.

#2.  Edge of Tomorrow.  Here is the film that caused all the controversy today.  Tom winds up with the power to relive a day over and over again and so he could effectively affect the war going on with the aliens that have been attacking the earth.  Emily Blunt is awesome as the kick ass military officer that Tom Cruise’s pencil pushing Major has to try to convince about his ability. 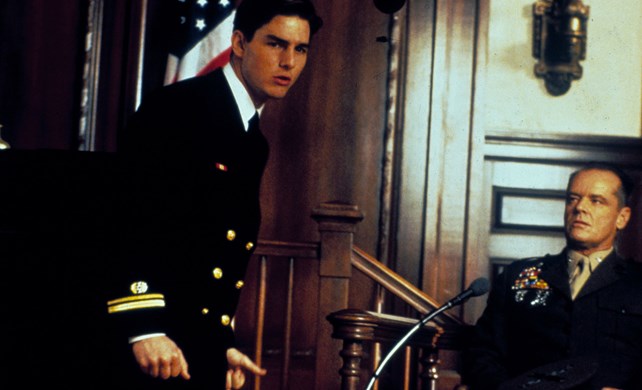 #1. A Few Good Men.  One of the great films.  Rob Reiner’s adaptation of a play brought Tom Cruise face to face with Jack Nicholson.  The courtroom drama has one of the most iconic scenes in film history with the “You can’t handle the truth” scene.  And while Nicholson delivered the amazing monologue, Tom Cruise matched him with every line and the scene would not have had the impact that it did without Cruise playing off Nicholson.  Cruise was so easy to root for during this movie that dealt with an issue that was hardly black and white.