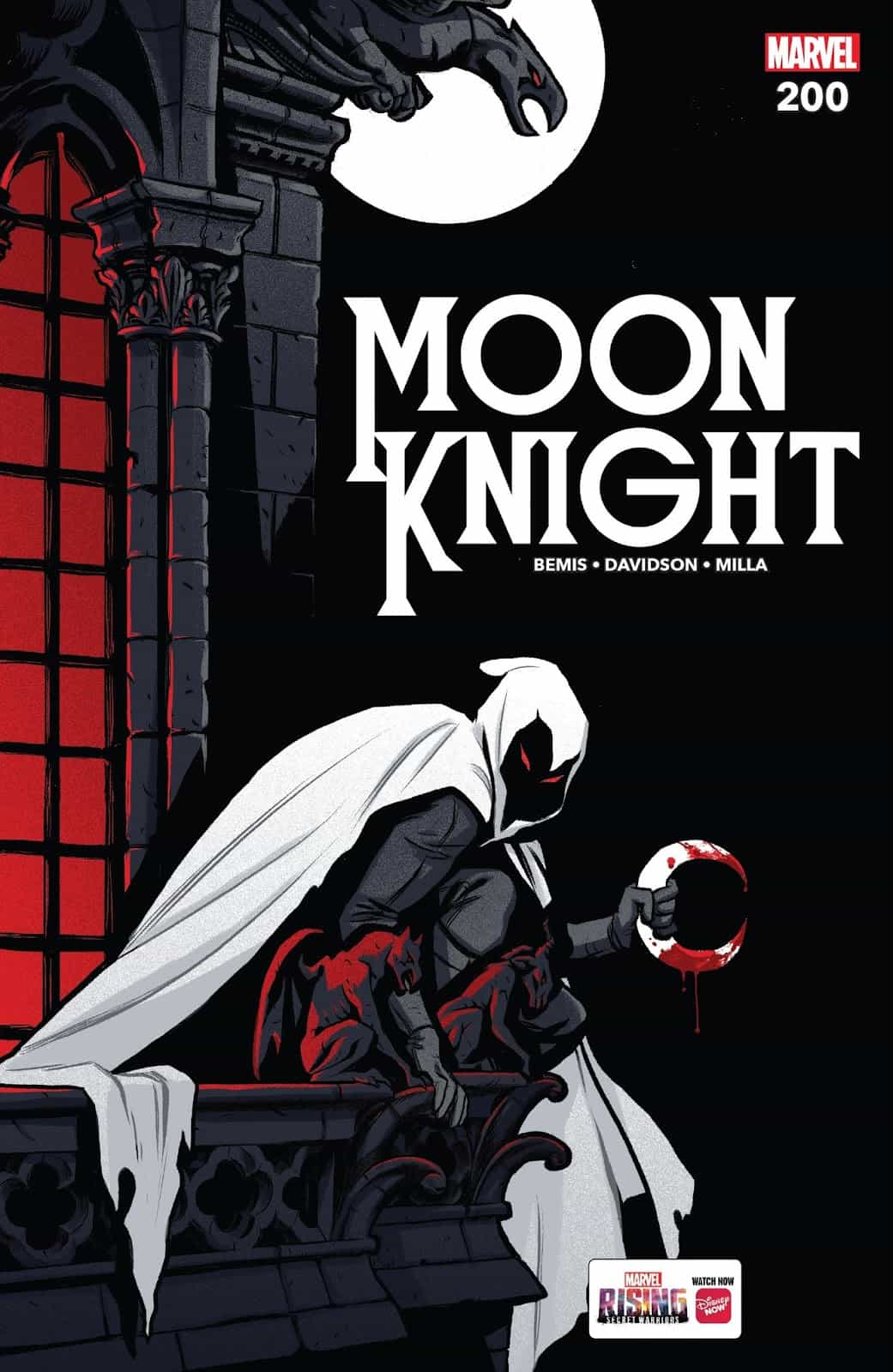 Moon Knight#200 looks to be the final issue of the current Moon Knight run, which has been pretty messy for me.  I have not been a huge fan of the way the character has been taken since his return. There were some tremendous Moon Knight issues prior to this latest run, but it never really caught the same vibe of those issues.

This issues was so heavy with exposition that it never got any real momentum moving forward.  I did like the sections with Marc Spector’s daughter and the whole “Moon Girl” stuff, but the rest of the comic was over written and contained too much explanation.

The issue’s cover is a beautiful shot of the Moon Knight, though it could be the cover of any issue.

I look forward to the return of Marc Spector to the Marvel Universe in the future, but for now, this send off is underwhelming.

If you are not a hardcore Moon Knight fan, this issue is not for you.