Cable TV has been hit hard by the streaming services.  Even by moving the HBO, Starz, Showtime to this category, I only have a list of four shows here. #4.  The Walking Dead (AMC).  This show ruled the roost for several years, but it has seen a steep decline in interest and quality over the last few seasons.  I have heard that the last few episodes of season 9 (which I have not seen yet) are somewhat of a recovery for the show, so maybe I’ll have to pick it up again when it returns from its midseason break.

#3.  The Runaways (Hulu). The second half of season one was just as great as the first half and I loved the fact that the show felt confident enough in its set up and structure that it was able to develop these characters before they felt the need to make them run away, despite the show’s title.  The show returns in December, dropping all of their episodes in one binge-able block. #2. Cloak & Dagger (Freeform).  The pair of unknown Marvel Comics heroes made for a stellar television program.  This was another show that took its time and the results really paid off.  They used their 10 episode season to near perfection as we really grew to love the characters of Tandy and Tyrone.  They slowly learned what they were able to do with these weird powers, they had a huge connection to the MCU with Roxxon Oil and they had one of the best TV episodes of the year with “Lotus Eaters.” 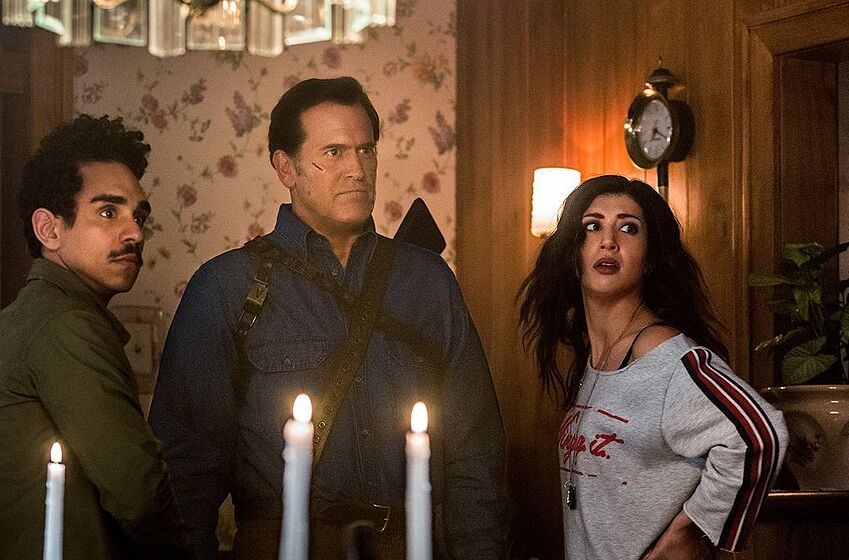 #1. Ash vs. The Evil Dead (Starz).  When I found out that season three would be the final one for Ash and the crew, I immediately ended my subscription to Starz in protest.  Ash vs. the Evil Dead was the only thing I ever watched on Starz and with it gone, there was no reason to keep it.  Ash was as good of a television program as you were ever going to get and I am sad that it is over.