This week there was quite a wait for the Top 10 Show.  Apparently there was some kind of problem with their servers and, for me, I did not get to hear the show until Wednesday morning.  Coincidentally, we got out early from school yesterday because of a winter mix of weather and this week’s show was Top 10 Movies in Snow.

As always, the show is worth the wait.

The show this week is in honor of the upcoming Liam Neeson film, Cold Pursuit, a film that Matt Knost ha had a lot of fun with the generic title.  Still, early reviews have been positive, so who knows.

One rule that was put into place on the show, and I will follow as well, was that there would be no Christmas movies considered.  That makes sense.  While I came up with a long list, a lot of them felt like cheats or films where the snow was not that important to the story.  I’ll mention some of those in the honorable mentions.

Strangely enough, there are some of the most iconic and gruesome scenes in all of movies in these films.

And, no The Snowman is not here. 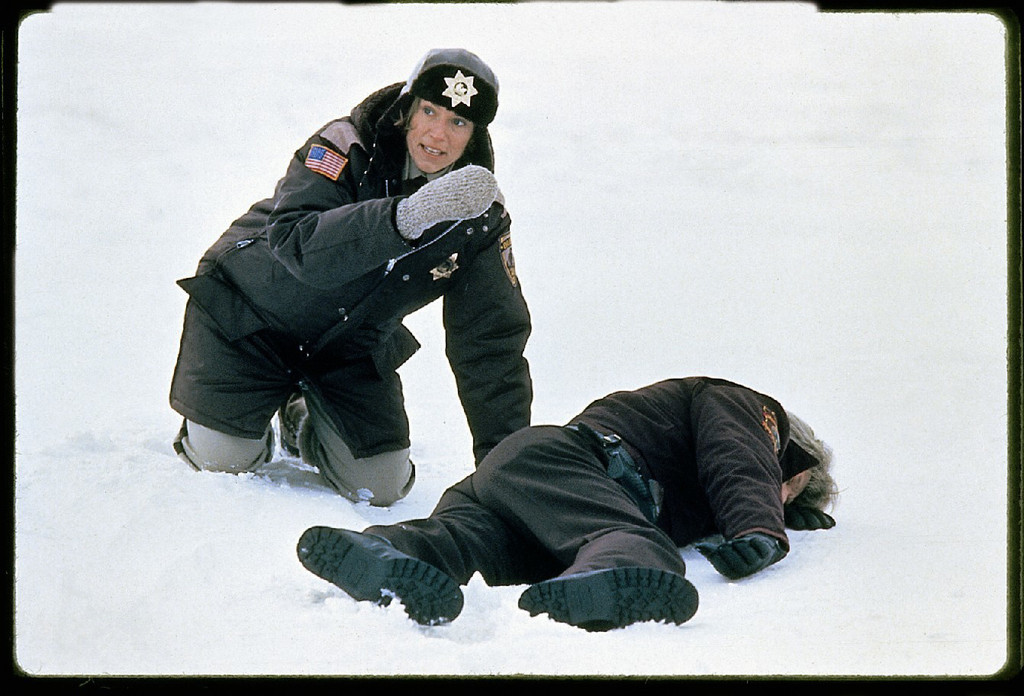 #10.  Fargo.  Okay, I was never a big fan of this movie, but I loved the TV show.  This should have been a film that I did in the binge watch from a couple of weeks ago where I gave a film a second chance because my bet is that I would enjoy this Coen Brothers film much more than I did the first time.  It is a dark comedy and I love those and the performance from Frances McDormand is iconic.  And.. wood chippers will never be looked at in the same way again. I need to see this one for a second time. 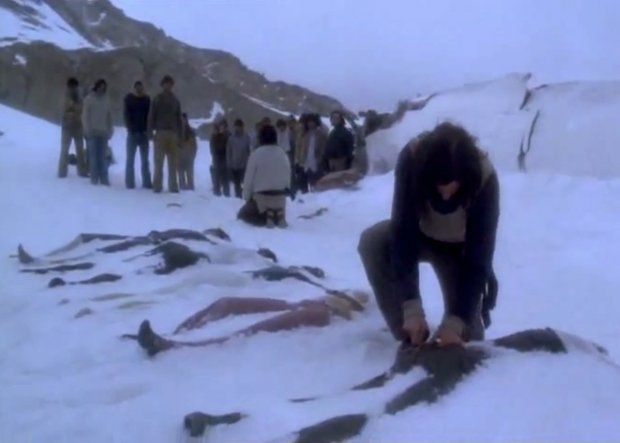 #9.  Alive.  Another one that I have only seen once years ago that could use a rewatch.  The topic itself is a tough idea.  What would you do to survive?  If you had to resort to eating the dead, would you?  Could you?  Based on a true story, this plane crash story is compelling in that question alone.  Ethan Hawke is one of the stars of this film.

#8. Frozen.  Sure, there is a lot of hate for this movie, but I do like it.  It may not be my most go-to Disney movie, but as a snow film… I mean, come on.  There is a singing snowman.  Again, while lots of people hate on the music, I actually enjoy the songs.  Yes, most of the soundtrack got overplayed (which has led to the hate), but that does not mean that it is bad. 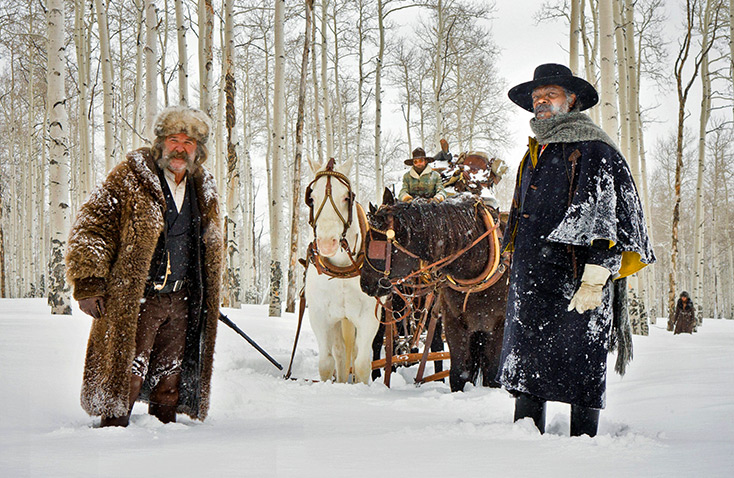 #7.  The Hateful Eight.  Tarantino film featuring a great cast and a cabin in a snowstorm.  Then there is a ton of blood, violence and remarkable dialogue.  Matt Knost talked about not liking the first part of the movie, but I enjoyed that part tremendously.  I found the dialogue between Sam Jackson and Kurt Russell to be smart and snappy.  Yes, the film goes to another level when they reach the cabin, but I do not want to dismiss the first act of the movie.

#6.  Wind River.  I loved this movie.  Jeremy Renner and Elizabeth Olson are wonderful in these roles as they were involved in the mystery of a dead teen’s body found in the snow.   I was gripped by the film from the very start and I loved how the setting really informed much of what was going to happen.  The brutal snow and cold made everything more difficult to handle.  Great performances by our two Avengers here as they took themselves out of their famous roles and teamed together once again.

#5.  Snowpiercer. Another Avenger appearing here as Chris Evans stars in this amazing apocalyptic science fiction film that deals with live on a train after the world froze over.  As with great science fiction, Snowpiercer is about more than the surface level story.  This dives into the world of class and the wealthy and what they believe they deserve.  Snowpiercer is brutal and hard to watch in many instances, but you are completely enthralled in the film.  Another amazing performance from Tilda Swinton as well.

#4.  The Thing.  What else needs to be said about this John Carpenter masterpiece?  It is one of the best science fiction movies of all time and one of the best performances of Kurt Russell’s career. The Thing is as exciting and thrilling as any movie around as you really feel the claustrophobic feeling brought on by the blizzard outside.  The practical effects still seem to work even after all these years.  A fantastic movie.

#3.  Misery.  The snow caused the car crash.  The snow was the backdrop allowing Annie Wilkes to pretend that she could not call for help for the injured Paul Sheldon.  And here come Misery.  Kathy Bates gives one of the most frightening performances in film as the obsessed fan who was holding all the power.  And let’s face facts, that scene with the ankles… wow!  This is one of my favorite Stephen King adaptations around. 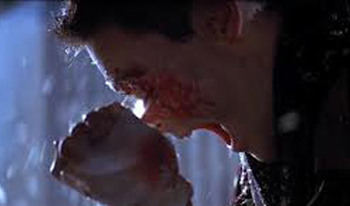 #2.  Die Hard 2.  Icicle through the eye.  One of the coolest and most cringeworthy moment of any movie.  Die Hard 2 gets under rated by a lot of people but I find it extremely enjoyable. John McClane at an airport, in a snowstorm facing off with terrorists once again.  It also has a twist with the John Amos character that I did not see coming.  The ending with the fire trail is one of the best endings in the franchise as well.

#1.  The Shining.  This was the first film that popped into my head when the topic came up and it was my favorite when the list was compiled.  Jack Nicholson does an amazing job of taking the sad sack author who, because of the cabin fever caused from being stranded in the Overlook Hotel, goes mad, becoming homicidal.  Sure the place was haunted as well, but the real horror of this film is that this could happen to anyone.  All work and no play makes Jack a dull boy.  The one thing that the Shining is not, is dull.

Honorable mentions:  I considered several films but they did not have snow as a major aspect of the film.  Something like Eternal Sunshine of the Spotless Mind nearly made the list but I dropped it because the snow was not that important.  Groundhog Day was another that fit that mold.  Same with X-Files: I Want to Believe.  Insomnia almost made the list thanks to a great villainous turn from Robin Williams.  The Revenant was considered but most likely was not making the list.  Eddie the Eagle was a good story but I did not love it as much as John Rocha did.  Last one I considered was Hanna.