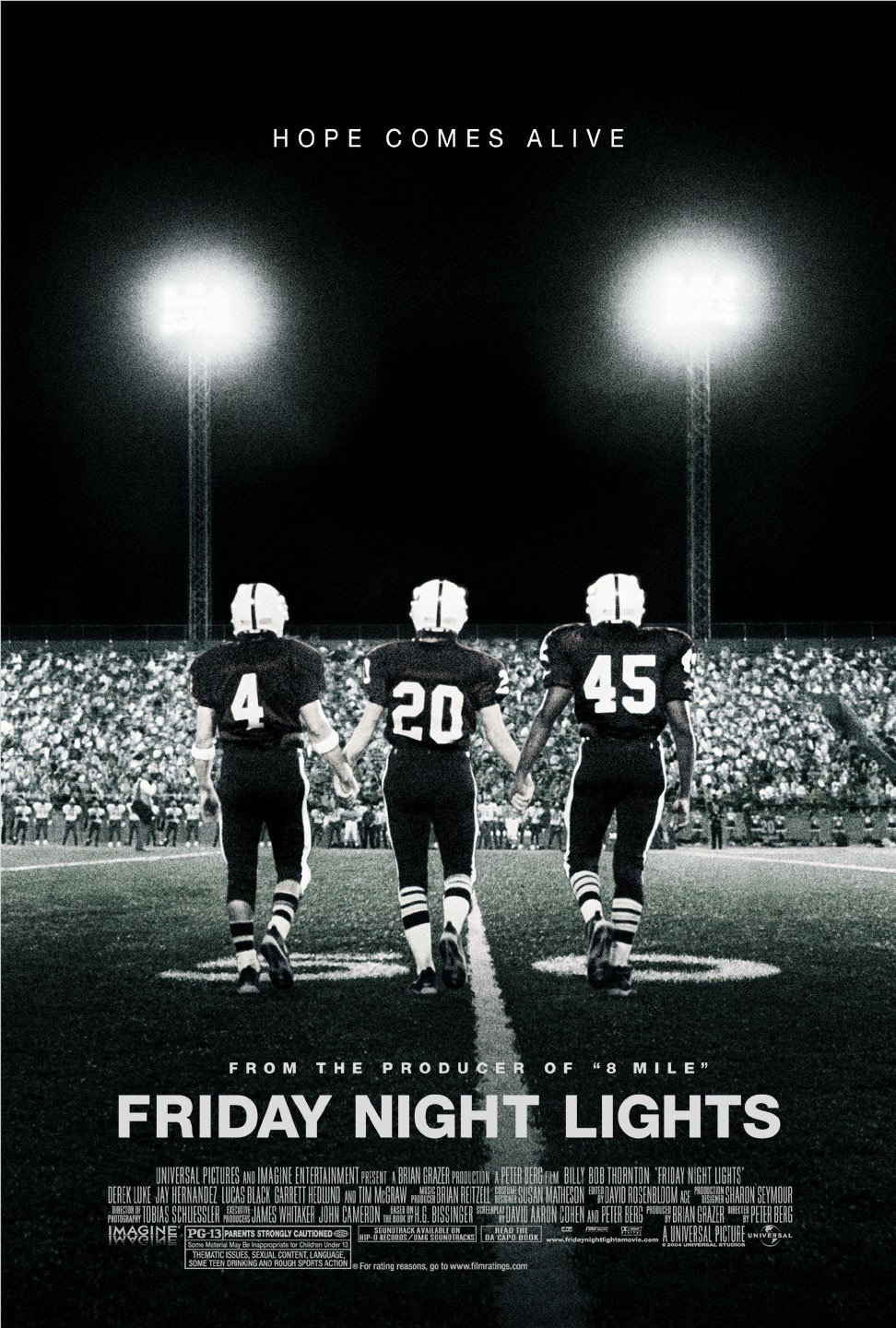 Word is that there is some kind of big game being played today.

I thought this was a good opportunity to fill a gap in my movie viewing history.  Friday Night Lights is considered one of the top, if not the top, football movie ever made and it is one that I have never seen.  So, finding it on Hulu, I decided to give it a chance.

I have always liked Lucas Black, from his early days on American Gothic to his turn as Pee Wee Reese in 42.  He has always been appealing with his quirky line delivery and his interesting accent.  To me, that allowed him to stand out from the pack and made him much more intriguing to watch.  So I was happy to see Black appear as QB Mike Winchell.

Friday Night Lights was the true story of a football team, The Permian Panthers, and their battle to reach the State Championship in the football-obsessed state of Texas.  When their star player Boobie Miles (Derek Luke) is injured in the opening game of the season, the team had to struggle to find its identity and avoid the insanity of expectations from the community of Odessa.

Each character had to face their own demons throughout the film.  Don Billingsley (Garrett Hedlund) had to face the over zealous attitude of his drunken father and Odessa football legend Charles (Tim McGraw).  You can’t help but feel the pain and embarrassment of young Don as his father yelled and belittled him constantly for his perceived slights.

The pressure upon Coach Gary Gaines (Billy Bob Thornton) was ridiculous, with overbearing community members sticking their noses into his job and making veiled threats as motivation.  This film shows the insane driving forces behind Texas football better than any film I have seen before.

The football scenes are tremendously shot by director Peter Berg, and they really help punctuate the struggles of each individual.

I can see why people like this.  I was full enthralled with the film and it made a great Super Bowl Sunday preshow.