February is Black History Month and in honor of the month, Matt and John had a new topic that they were a bit uncomfortable with so they brought in a third.  African American Chris Burns was brought in as the “specialist.”

They chose to do the Top 10 Culturally Important Black Movies.

Before I start, I will immediately say that I have not seen Do The Right Thing so it will not be making my list.  Of course I know the significance of the film, but I have not seen it so I cannot include it.

#10. Spider-man: Into the Spider-Verse.  Miles Morales makes his debut in this Sony animated movie and becomes the first Black/Puerto Rican Spider-man.  The best part of this fact is that there is absolutely no mention of the fact about this.  It is not an issue, of race at all.  Anyone can wear the mask.  Miles immediately becomes one of the top characters to all young African American children.

#9.  Malcolm X.  I have only seen this movie once when I was much younger which is why it is so low down the list.  Denzel Washington is amazing as the historical figure of Malcolm X.  Malcolm X was a controversial figure in the sixties, but he developed his opinions over the years.  The movie does a great job showing about this complex man.

#8.  In the Heat of the Night.  They call me Mister Tibbs.  Sidney Poitier was one of the biggest African American actors in Hollywood and the film played on the tense racial divide alive fully during the 1960s.  In the Heat of the Night was selected by the Library of Congress for preservation in the National Film Registry for being “culturally, historically, or aesthetically significant”.  Sounds as if it fits on this list.

#7.  Moonlight.  The debut feature film from Barry Jenkins pulled an upset in the Oscar race by knocking off La La Land.  Moonlight is a beautiful coming of age story of a young black teen coming to grips with his sexuality as a gay man and how the world around him shaped his life.  Mahershala Ali won an Oscar for the film despite only appearing in the first act.  It is beautifully shot and written and extremely tender in many ways. #6.  Guess Who’s Coming to Dinner.  The second appearance of Sidney Poitier on this list, Guess Who’s Coming to Dinner dealt honestly and straightforwardly with the issue of mixed marriage and how difficult of a life it could be during the uncertain times of the 1960s.  In the film, Spencer Tracy and Katharine Hepburn are meant to be progressive people, but they showed a side that their daughter did not expect when she brought Sidney Poitier home for dinner as her fiance.  I loved how the question of race was dealt with so head on.  That is a lesson we could all learn. 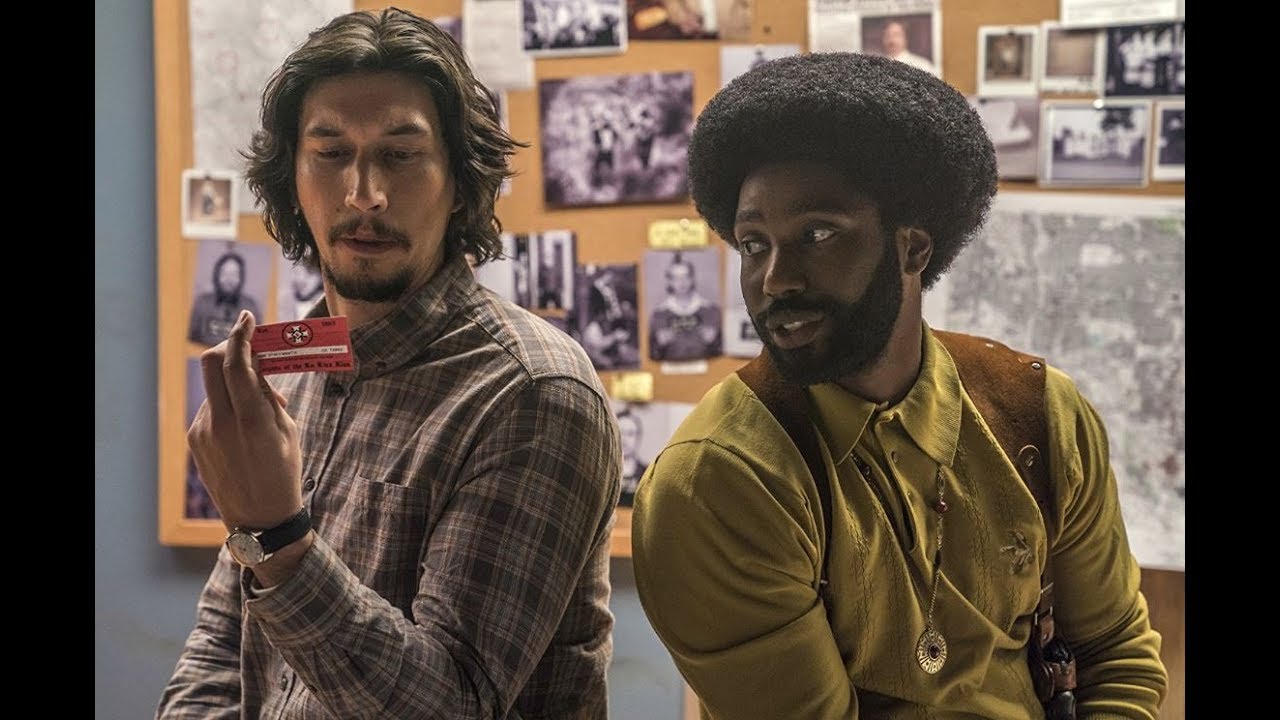 #5.  BlackKKlansman.  Spike Lee’s most recent film featuring a story of an African American cop who infiltrated the Ku Klux Klan by getting on the phone and talking to the people in charge.  He even talked to the leader of the Klan, David Duke himself.  This true story found a great performance from Denzel’s son, John David Washington, as the police detective, and Adam Driver, as another police detective who had to play the part of the black detective when meeting the Klan face to face.  This is more of a political film than some on this list, as there are clear hints toward the Trump America.

#4.  The Hate U Give.  I found this movie unbelievably powerful and impactful.  Just the scene where actor Russell Hornsby had to sit his children down to explain to them how they needed to act when they were pulled over by the police… it was shocking to me.  I am sure it is a scene that has been played over by black families all across the country and that is just tragic.  This is a wonderful story of overcoming the hatred and the expectations to become something special. Amandla Stenberg played Starr and she was absolutely amazing. #3.  Get Out.  Jordan Peele’s horror masterpiece really took a new look at race relations and turned it upside down.  In his directorial debut, Peele tells the story of a young black man who goes with his white girlfriend to visit her family and strange things begin to happen.  The film is frightening and funny.  It deals with deep themes that you may miss upon first viewing.  It dives deep into the racism that exists in the world and it takes no prisoners.  Great performances and thrilling storytelling make Get Out one of the most original films of any year.

#2. Coming to America.  I wasn’t going to include this on my list at first, and then Matt, John and Chris made it their number one film.  Because of this, I figured it was okay to include it on my list. Coming to America is Eddie Murphy at the height of his powers.  This is one of the best comedies of any decade and it brings a message of true love as well.  I am also concerned with the talk of a sequel to this movie, but no matter what happens with that, this film is always here to enjoy. 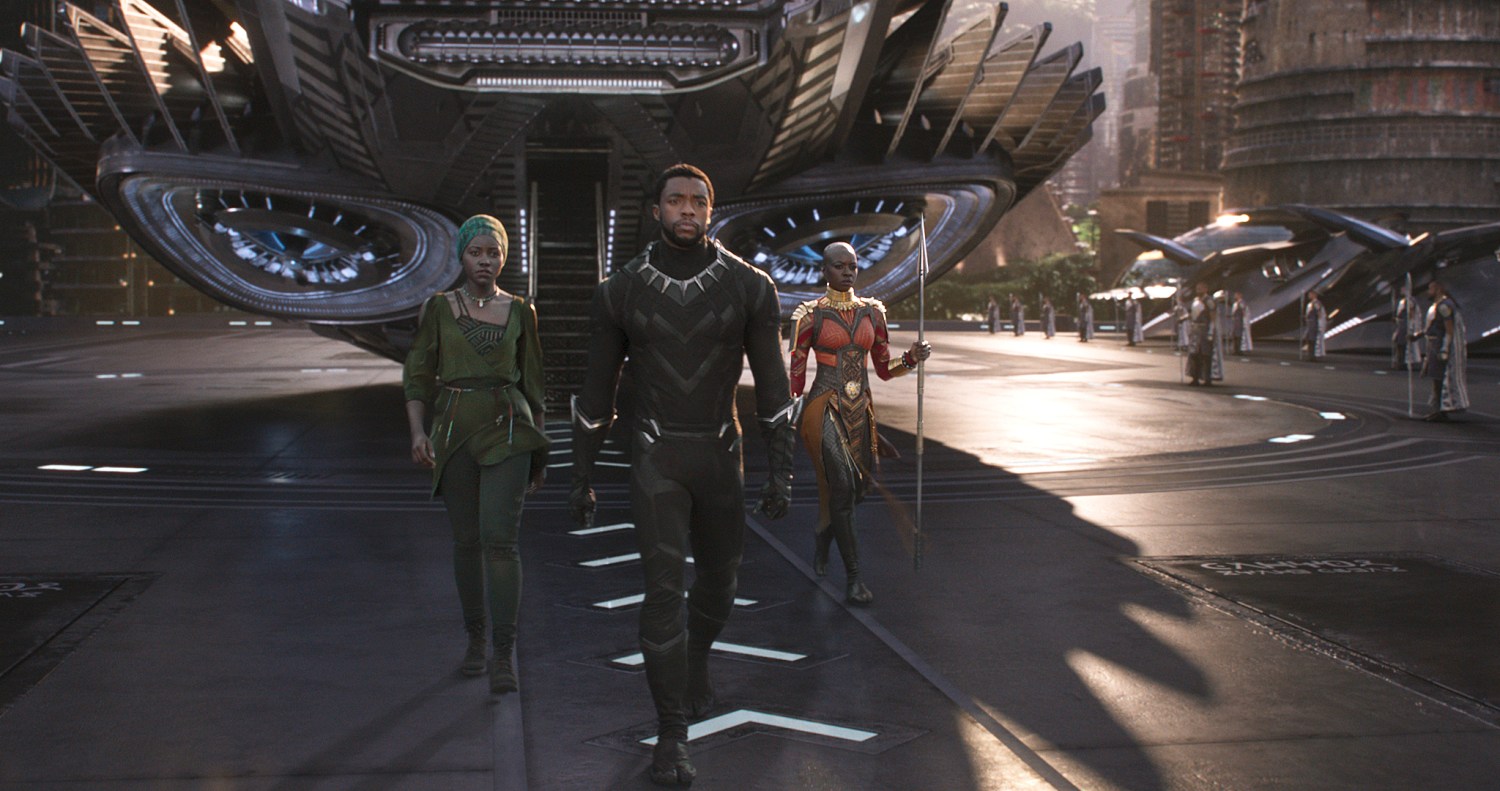 #1.  Black Panther.  Wakanda Forever!  There is no denying the cultural importance of this Marvel Studio film.  Black Panther, a character who is well known in the comic book community, but not necessarily among typical movie going public, absolutely crushed the box office last year, crossing $1.3 billion worldwide, which included over $700 million domestic (which beat even the juggernaut known as Avengers: Infinity War).  Not only did this show a black super hero (the first black super hero form the comics), but also showed how the black community was successful and more advanced than any place on the earth.  This was a film about black success, not about black failure, but there is also another side to the film.  With Killmonger coming to Wakanda with the message of why

did Wakanda let other black people suffer, turning a blind eye to the world.  Black Panther is deceptively deep and a wonderfully acted film.  It became the first ever super hero movie to be nominated for an Academy Award and will certainly bring some Oscar back to Marvel Studios on Oscar night.  It is such a culturally significant film that Congresswoman Maxine Waters gave the Wakanda Forever crossed arms salute at Aretha Franklin’s funeral.  Wow.

Honorable Mentions:  I don’t have a ton of these, but I considered Dope, which was a really good film, but may not be that culturally important.  I liked If Beale Street Could Talk, but it is another one that may not be that impactful.   I saw 12 Years a Slave and that effected me a great deal, but it is certainly not a film I want to go back to revisit.  The story of Selma was interesting as was the true story of Detroit, the last one not very successful of a film though very powerful.  Straight Outta Compton got bumped at the last cut.