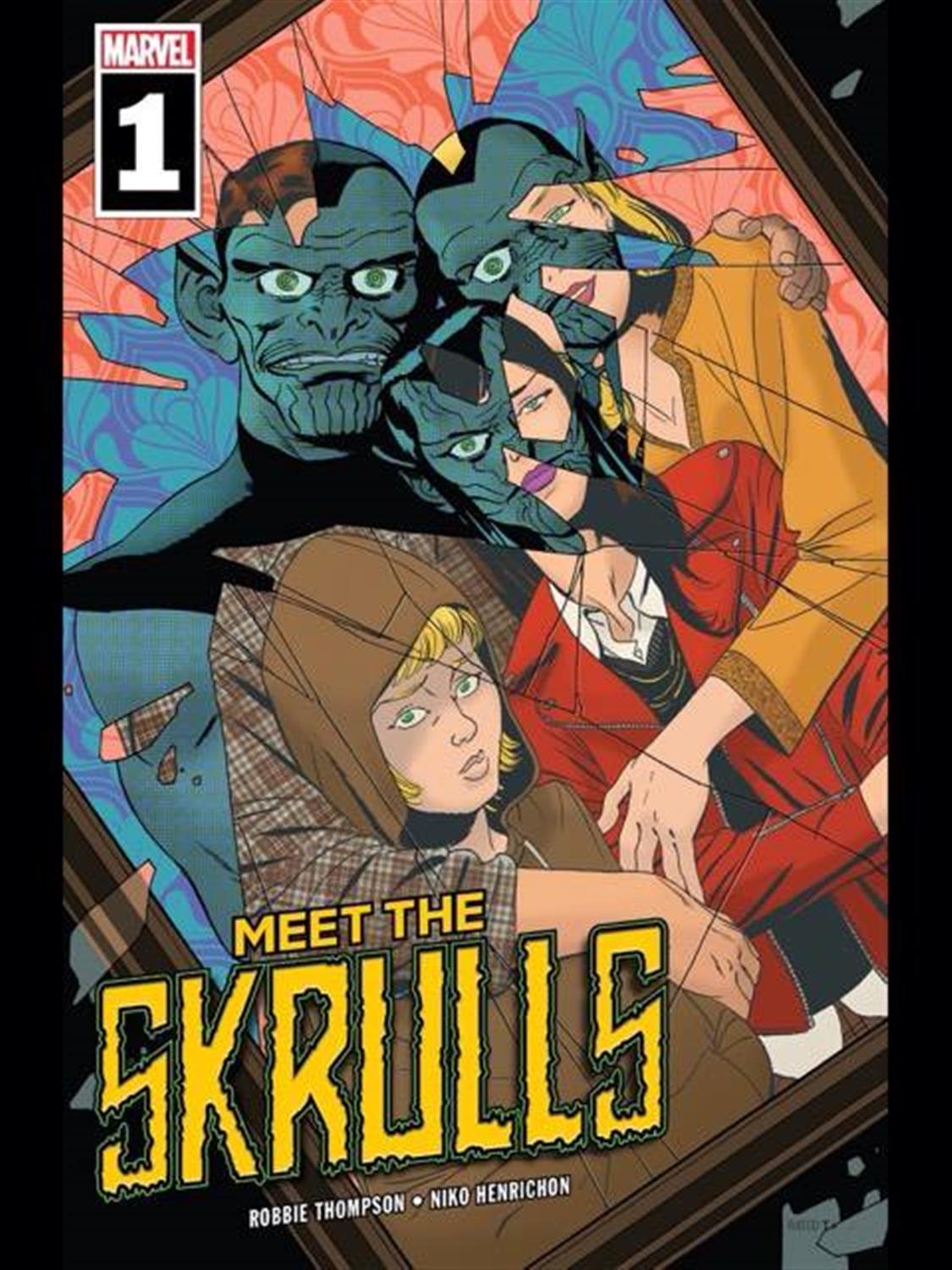 With the Skrulls playing a big role in the new Marvel Studios film Captain Marvel out this week, it makes sense that Marvel Comics has jumped in with a new limited series based on the green-faced, shape-shifters called Meet the Skrulls.

The story starts off introducing us to the family of Skrulls who have a mission from the Skrull Empire and have been undercover on earth for years.

With a discussion around the dinner table, we are introduced to all the members of this family, the Warners.  We see not only the problems that come from a secret spy family infesting the world at large, but we also see the problems within a small family that everybody can relate to.  Everything from sibling rivalry to bullying in touched on in the first issue and it is great.

I get a definite vibe from this issue as I did with the Tom King Vision series which was such a tremendous limited series.  If Meet the Skrulls is anywhere near that wondrous series, then we are in line for some really enjoyable comics.

We also have what the issue is dubbing “Project Blossom” which appears to be a plan to suss out the Skrulls in hiding and kill them.  We see this in the first few pages as an agent from Project Blossom attacked and killed a seemingly innocuous Skrull family and it worked so well to set this antagonist as a danger to our main cast of apparently villainous family members.

There was lots of interest here and I am excited to see where it goes next.