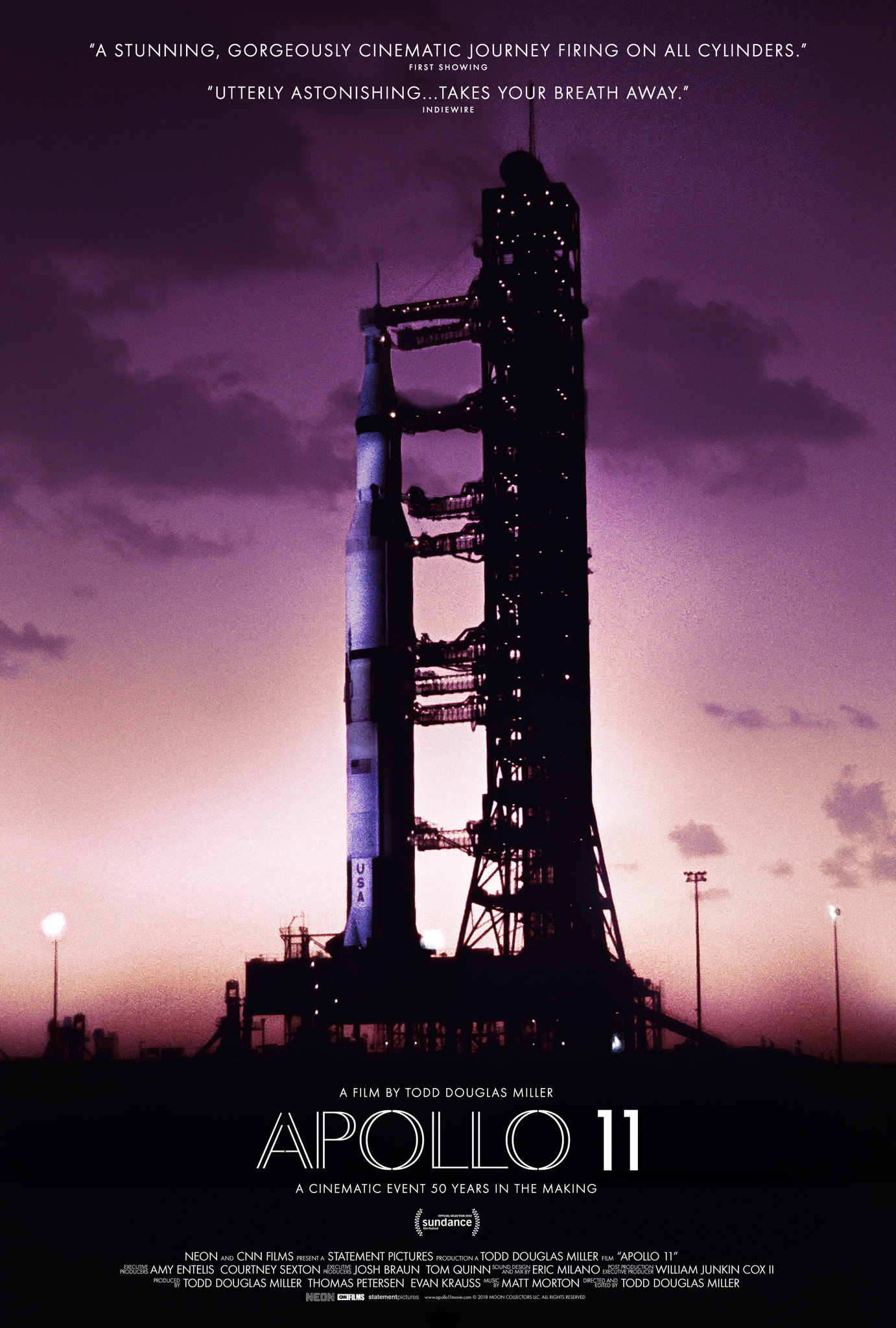 Wow, this really shows how great a filmmaker Stanley Kubrick was.

Just kidding.  Of course, the conspiratorial rumors of the actual moon landing being faked and filmed on a stage set have been around for years, but I do not know how anyone, even the most conspiracy theorist, could deny the fact of the moon landing after watching the wonderful documentary by director Todd Douglas Miller, that took us where many movie viewers wanted First Man to go… following the lead up and the eventual moon landing of the astronauts of Apollo 11.

This is the 50th anniversary year of the moon landing and this documentary gives you an amazing look at everything as it happened, from the day of the launch right down to the splash down back on earth.

Apollo 11 depends on archival footage, much of it unseen, instead of interviews, recreations and voice overs.  Because of this, this documentary had a feel to it as if you were watching a news account of the event that shaped history for this country at the end of the 1960s.  And none of the visuals used were weak.  It was crisp and clear and made the storytelling that much more effective.

The music in the background of the film was amazing.  It was something that really stood out in most of the scenes in the doc.  The music truly helped audience members feel what was going on in the film, connecting even more than just the nostalgia of the moment in time.

This helps show the three astronauts, Neil Armstrong and pilots Buzz Aldrin & Michael Collins, as the true heroes that they were.  One of the biggest things I noticed was seeing how much of a celebrity these men were at the time and how big of a deal this launch was.  The footage of the people coming out to watch the blast off really tells you how important that was.  I could not shake the thought of how much the space program has fallen over the years with the public as any launch over the last 20 years or so was greeted with apathy.  Such a shame.

This documentary does not fail to show you a great story and provide the pride of a country in a race to reach the moon before any other country.  Let’s put the conspiracy theories about the moon landing to rest.