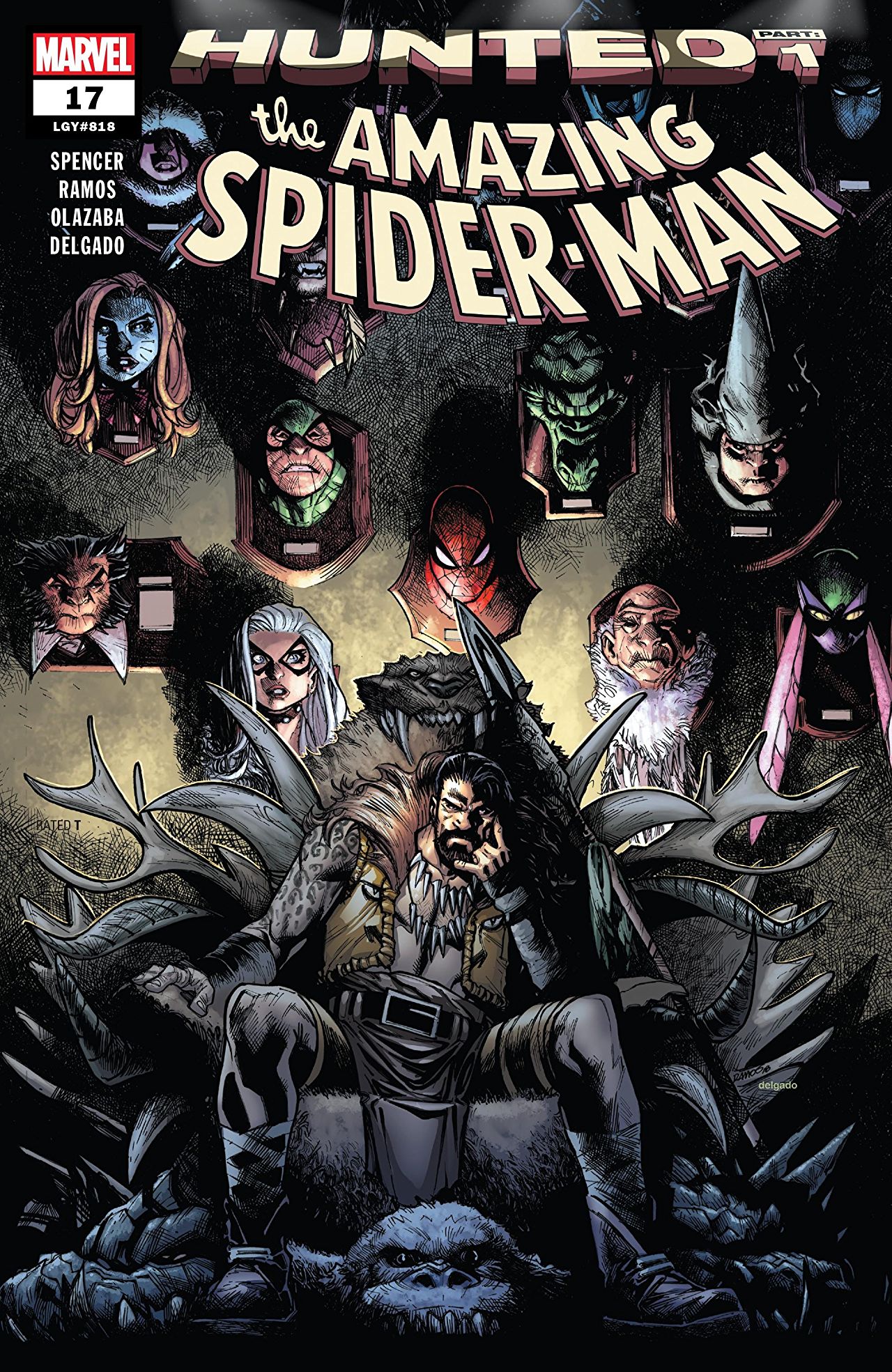 The ten-issue arc contained inside the pages of the Amazing Spider-man called Hunted started last week in an introduction to the story and part one happens this week.

I am a huge Spider-man fan.  I love Peter Parker and if this ten issue weekly arc is as fantastic as the Avengers: No Road Home has been, then I am going to be one happy Spidey fan.

The Amazing Spider-Man has been building to this story for several issues now as Kraven the Hunter and his “son” have been abducting animal themed super-villains for some mysterious intentions.  We start to see the thoughts behind the events this issue.

Of course, Kraven was the villain behind one of the most praised Spidey stories of all time, Kraven’s Last Stand.  This has the same feel to it.  There are some dark implications in the story as well, things that do not make me feel good.  Something particularly directed toward Mary Jane Watson.

MJ’s return to Peter is one of the best things that has happened in years.  I love Peter and MJ together and I want more.

This issue does what all Spider-man books should do… show how much of a hero Spider-man truly is.  Despite being sick as a dog, Peter heads out to search for the missing child of Dr. Curt Conners, and his former girlfriend, Felicia Hardy aka The Black Cat.  However, it is a trap.

Peter is once again placed in a situation where the odds are completely against him and looks to be hopeless.  Yet, we know that Spider-man will find a way… or at least, we hope he will.