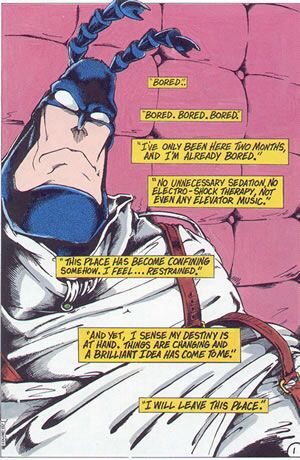 Ben Edlund’s big blue force for justice never fails to be amazing.  Truly, The Tick has been through multiple iterations over the years and each one improves upon the other and turns out to be way more than a simple satire of the super hero genre.  That is only the surface level of this character.

The character was mysterious and his back story is never really explained.  He was shown as escaping from a mental institution, but we know nothing else.  And We do not need to know or want to know anything more about him.  The back story is not important.  Honestly, when we started learning all there was to know about Wolverine was when that character started becoming less cool.  The unknown is wonderful and the Tick is the perfect example.

After many years in comic book form, the Tick was ready for the next step.  The Tick starred in a TV animated series on the FOX Kids block of programming starting in 1994.  This series, which was inducted into the EYG Hall of Fame in the class of 2017, lasted three seasons and saw the Tick become more of a known commodity.  The series featured the perfect voice acting of Townsend Coleman as The Tick and introduced us to many key characters from the comic book, including the Tick’s sidekick Arthur, as well as a trio of new super heroes created for the series itself, Die Fledermaus, Sewer Urchin and American Maid. Remarkably quotable, The Tick animated series was as funny as could be and was targeted at more than just the kids in the audience.  An adult could watch The Tick and find jokes directed for them as well.

I remember watching this every Saturday morning and just rolling with laughter.  I loved the big blue hero and his over dramatic sense of justice and destiny.  “Gravity is a harsh mistress” is a quote I use if someone has fallen and I don’t know how often I shout “Spooooon!”  The animated Tick series influenced me as much as any animated show has done. 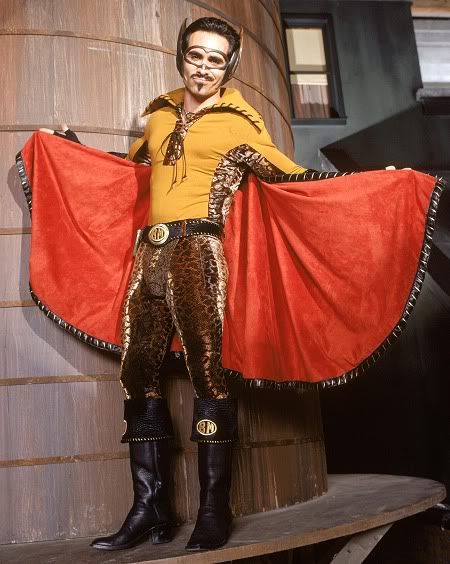 So I was so excited when I found out that there was going to be a live-action Tick series on FOX.  It was also one of the most disappointing moments as well.  Not because of the series, which was, once again, brilliant.  They took a different route on the character, making it more like a super hero Seinfeld show.  It also introduced me to Bat Manuel, a character similar to Die Fledermaus and played by the awesome Nestor Carbonell (who would also star in personal favorite shows LOST and Bates Motel).  The disappointing part of the FOX live action series was the network treated the show like they were embarrassed by it.  Despite strong critical reaction, the network moved the show around, giving it near zero promotion and wound up cancelling it after nine funny episodes.  Patrick Warburton put his own stamp on the character of the Tick, a difficult task considering how brilliant Townsend Coleman was, and created something special in the oversized blue muscle suit.

Thankfully, Ben Edlund, who had become very successful in Hollywood writing such shows as Firefly, Angel, and Supernatural, never gave up on the Tick and his cohorts and he found another outlet.  Amazon Prime gave the Tick another series on its streaming platform and the show evolved once again.

This time, the Tick was a little darker, a little more centered on Arthur, but still managed to provide us all that we loved in the history of the Tick.  Peter Serafinowicz took over the role of the Tick and Griffin Newman was our new Arthur.  This show continued the spoof of the super hero genre but it went deeper yet.  The Tick from Amazon could be called a character study.  Arthur and his sister Dot needed to deal with the death of their father when they were children, killed by the villainous The Terror (Jackie Earle Haley).  Even though the Terror was believed to be dead, Arthur was convinced that he had faked his death and was still alive.  The show dealt with the potential delusions of Arthur and even hinted at the fact that the Tick was nothing more than an imaginary delusion of Arthur. 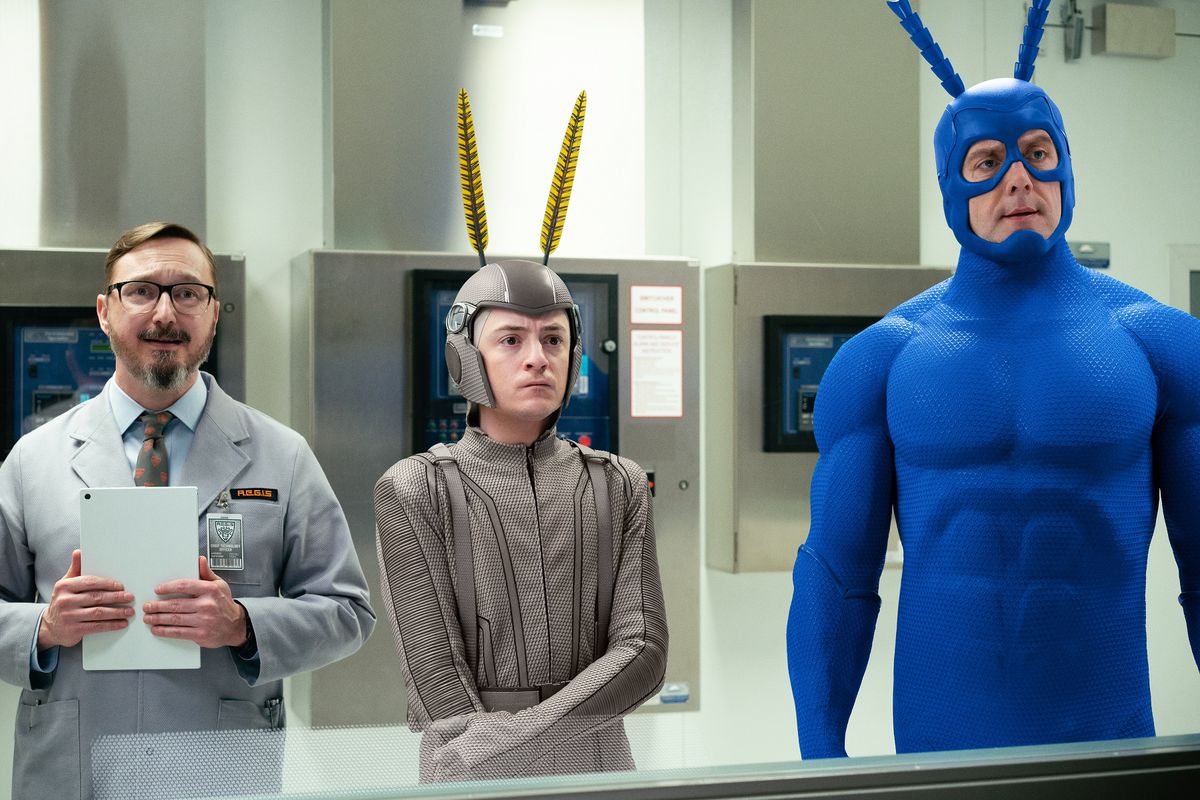 The show’s first season was promising, but it was nothing compared to how wonderful season two was.  I just finished this second season last night and I loved the entire thing.  Each character had reason, depth and motives that were understandable.  The show dived deep into each character’s world, including side characters such as Overkill, Kevin and even Dangerboat.  The season long Aegis arc was satisfying as was the continual loss of purpose faced by legendary super hero Superion.

And the show was funny!  There was a scene in episode eight with the Tick struggling to find a way to feed baby lobsters that had me in tears of laughter.

Season two set up a season three with two major scenes SPOILER (did they say Thrakazog?).  I certainly hope that Amazon Prime understands what they have on their hands here and renews The Tick for season three, and beyond.

The world needs more of the Tick.  His honesty and the way he faces his problems. determined to do what was right in the face of all adversity is a message that the world truly needs.  The Tick is the hero we need. 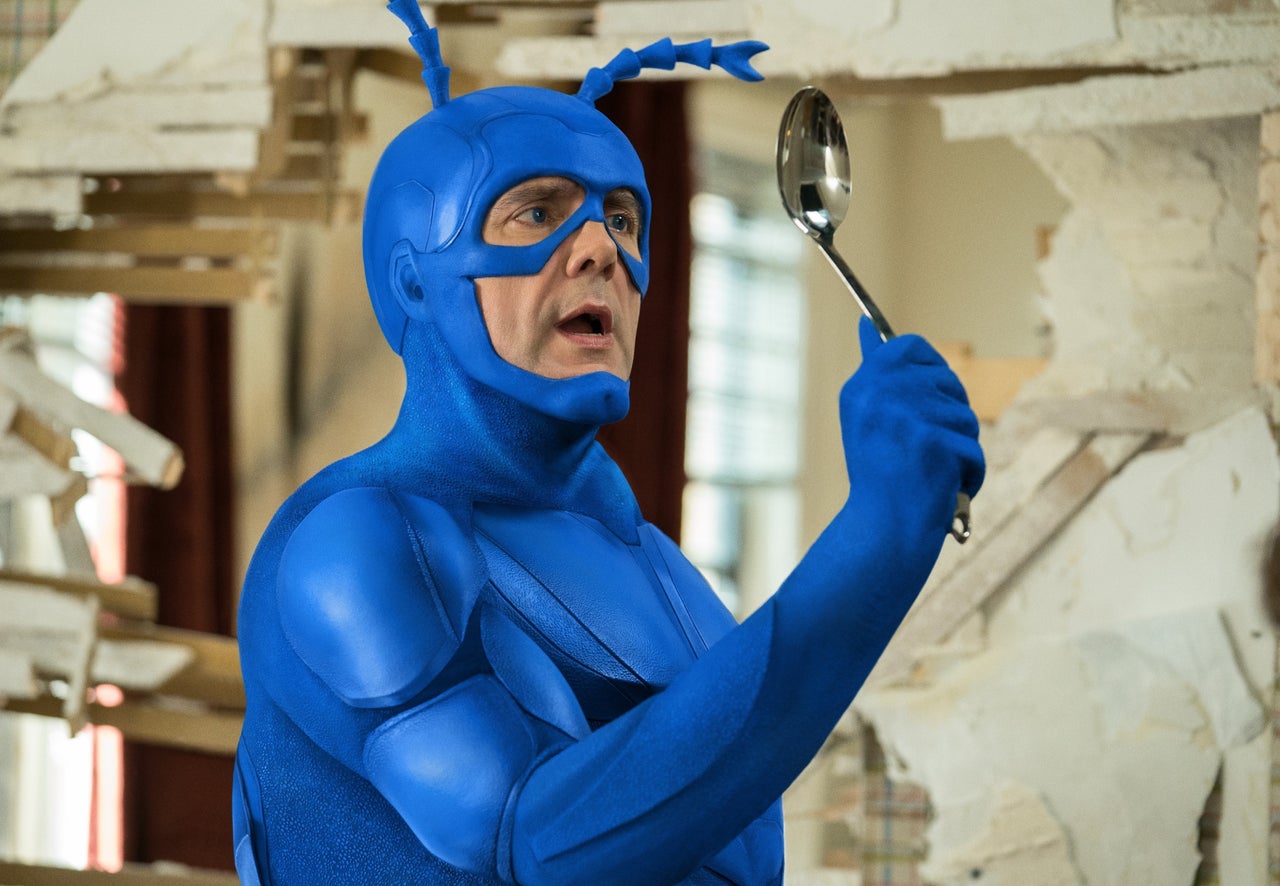