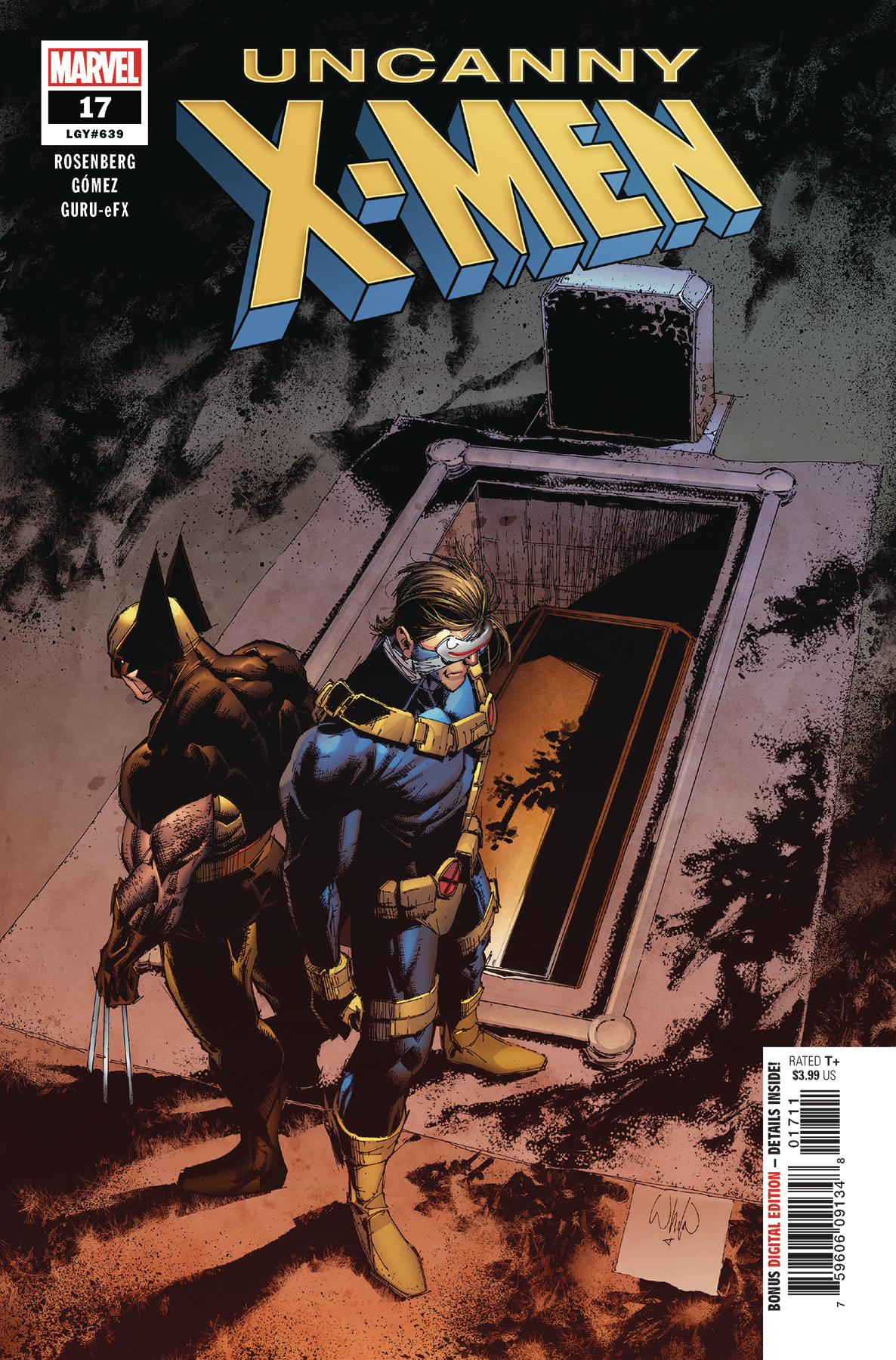 “We Have Always Been Part 1”

I had stopped collecting almost everything from the X-franchise.  The only regular book I was getting was Dead Man Logan (and Wolverine Long Night, but it is not a regular book to me).  I had been tired of all the same stuff.  The weekly stunt from Uncanny X-Men for their first 10 issues had chased me away.  I only read the first three issues, and I just did not feel the need to read the remainder.  I have heard that it had gotten much better, but I was not inspired.

I was also unimpressed by the latest alternate reality X-books that are out now and I have not bought any of them outside of the number ones.

So I have been heading toward a full break from the mutants of Marvel Comics.

I spotted the cover for Uncanny X-Men #17 and I knew that Ben and Todd from my comic shop had been saying how great Uncanny has been lately.  The cover was intriguing with Cyclops and Wolverine standing over a recently dug grave and I thought I would give it a chance.  Ben raved about the issue as he was determining my bill, but he said that Todd had told him that the last page would blow his mind.  However, Ben then stepped back and said that I might not have as much of an impact from that last page since I have not been reading the series.

I decided to give it a chance, and you know what… Ben was right.  That last page meant very little to me.

The story was fine.  It seems to be ready to pit Cyclops and Wolverine against one another again, which is something that I have seen before.  They are doing it over the shocking death of one of their own (I don’t know if this is a spoiler or happened in a previous issue, so I will keep the name to myself), but, let’s face facts.  Deaths in comics are not anything to be upset about.  Characters return from the dead all the time (case in point, Cyclops and Wolverine).

This character of Kwannon is interesting and I do like the design of her outfit.  I found the reveal of what happened to the deceased character to be quite horrific, and the end result of the case to be anticlimactic.  Then seeing Logan and Scott going at it was just more of the same for me.

I must say that the issue was well written and the art was decent.  The way they interspersed the funeral with Logan/Kwannon was good.  I assume the last page was more important or shocking than it was for me.  I don’t know if the issue made me want to get back into the X-Men series. It was fine.