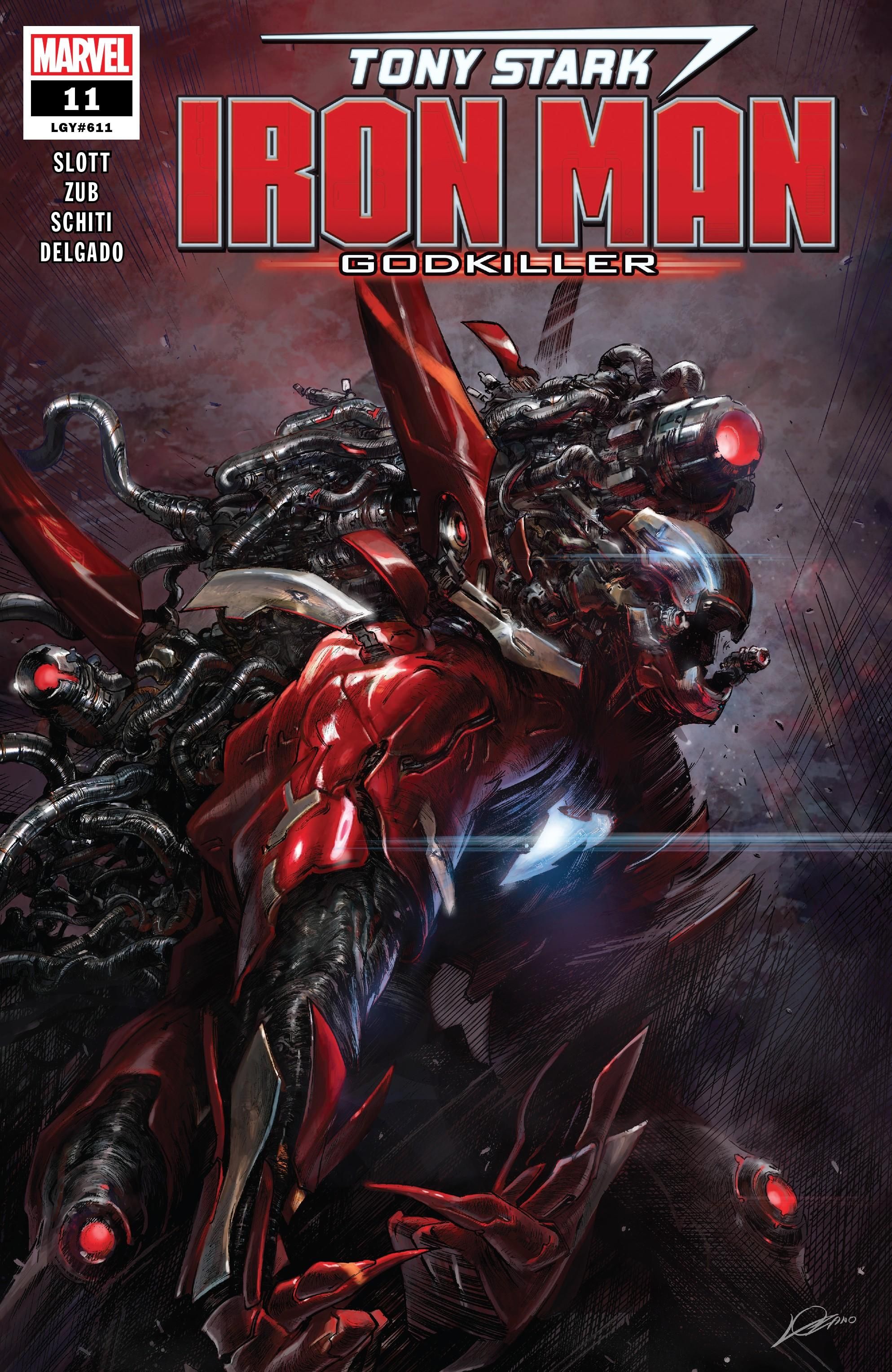 This is the conclusion of the eScape arc of the Tony Stark: Iron Man book and it opened some definite questions.  What exactly is Tony Stark?  What is Arno Stark’s plan for 2020 and Tony’s (and his own) parents?  Will we see the Godkiller armor again?  What will happen with Jocasta?  Will Tony fall off the wagon?

The final battle with the Controller was strong and the use of the Champions was nicely done.  I find the plans of Arno Stark, who of course was introduced years ago as the Iron Man of 2020, to be the most fascinating of what was touched on here.

I do have to say that I am not sure how I feel about the relationship between Tony Stark and Janet Van Dyne.

Everything in this issue felt like a restart as characters were moved around and Tony was thrown for a bit of a loop.  Looks like next issue is a War of the Realms tie-in so we’ll see when we get these new storylines started.