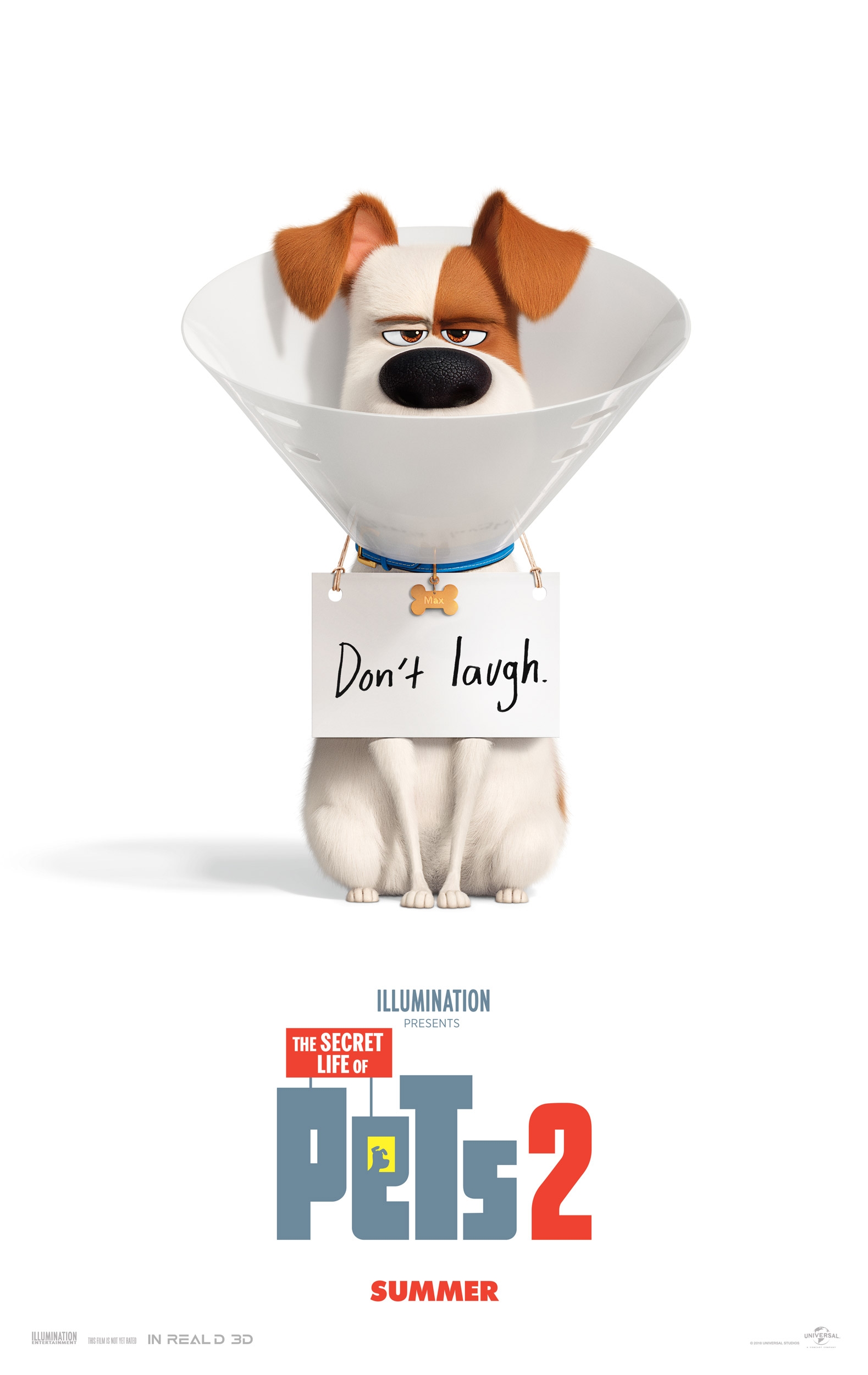 I did not like the first movie of this franchise, but, you know what, the second one wasn’t that bad.

It was certainly surprising to me that I found parts of this new sequel to be entertaining and funny.

I should be specific.  I really liked the part of the story where Max (Patton Oswald) and Duke’s (Eric Stonestreet) owner gets married and has a baby to be a charming, funny and fully interesting take on the film.  There was so much to mine here, including a hilarious trip to a relative’s farm where a dominant Welsh sheepdog named Rooster (Harrison Ford) gives Max some life lessons.  This was great.

And there was a funny bit where Max had Gidget (Jenny Slate) keep an eye on his favorite doggie toy and it wound up in the paws of the cats of the Cat Lady’s house.  Gidget had to get tips on how to be a cat from Chloe (Lake Bell) so she could go undercover as a cat to retrieve the toy.  This was not as charming as the first story, but it was very funny.

Finally, there was a third, nonsensical story arc featuring Snowball the Bunny (Kevin Hart) who believes himself to be a super hero because his owner dresses him like one.  Then another dog named daisy (Tiffany Haddish) comes to Snowball with a ridiculous misadventure about freeing an abused white tiger named Hu from the evil circus trainer.  This whole bit felt out of place among the rest of the animated movie.

Of course, the when the story arcs come together, you know which one takes precedence, don’t you?  The one that could degenerate the film into a silly chase scene involving a train and the wolves from the circus who are chasing the white tiger.

These three storylines have plenty of narrative problems, but the biggest issue is that the third act chooses to focus the most attention on the white tiger story instead of the one it should have focused on, the story of Max and his relationship with the baby Liam.  This is where the heart of this movie rests and the fact that the film feels the need for this throwaway third act tells you what they are going for in this series.

I could have gone for the entire movie dealing with Max, Liam and Rooster on the farm.  The side plot of Gidget trying tor retrieve Busy Bee would be a great subplot.  Expand these parts of the movie and drop entirely the whole white tiger aspect and I think this could have been a really great animated movie.  Especially with the perfect voice work of Harrison Ford as Rooster.  A better match up of voice and animated character has not been seen in years.

However, The Secret Life of Pets 2 is heads and shoulders above its predecessor and has many moments of real heart and warmth, along with some real humor.  Though far from perfect, this is a considerable step forward.  It was a film that I was considering skipping, but I am glad I saw it.