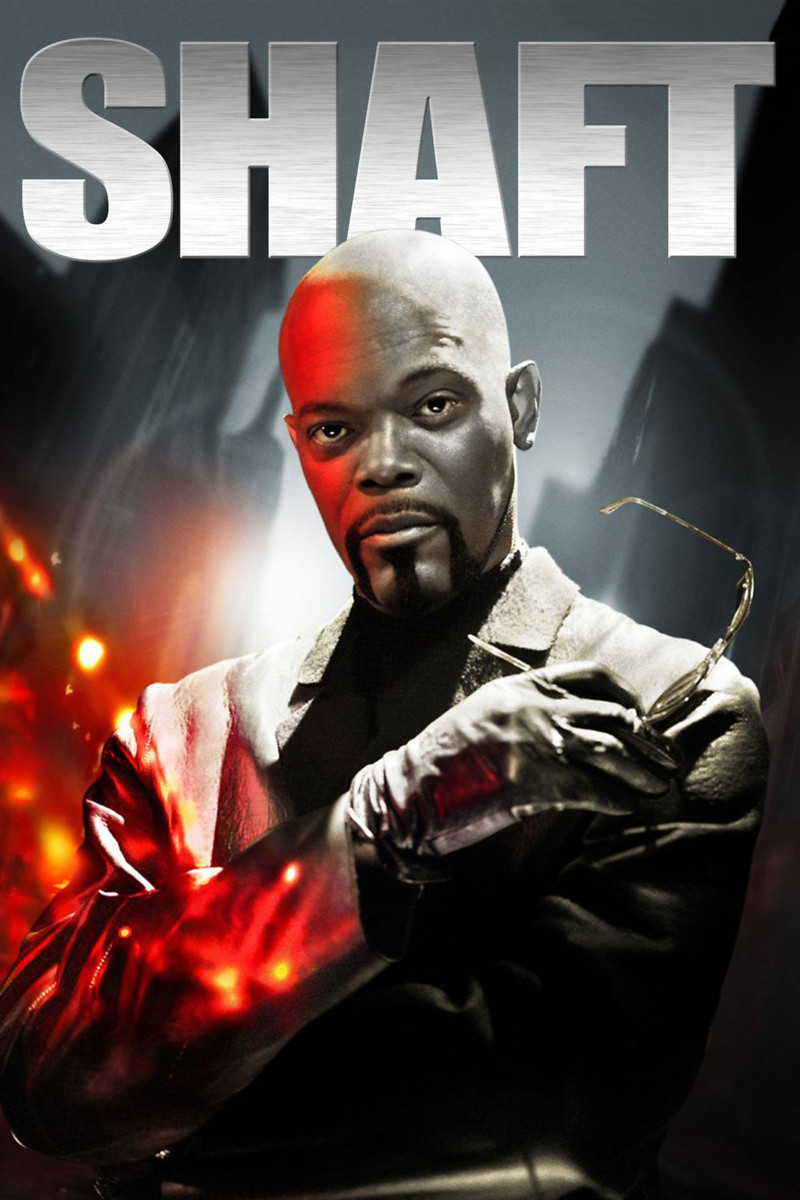 Here is the second Shaft.  From the year 2000, Samuel L. Jackson takes his turn as “the black private dick who’s a sex machine with the chicks.”  Shut your Mutha @#$%^#$@ mouth.

Samuel L. Jackson is great as Shaft (can you dig it?).  He embodies the feelings of the original with every F-bomb he drops.  The cast has some top flight actors here.  Not only do we have Sam Jackson and Christian Bale, but there is Toni Collette, Vanessa Williams, Jeffrey Wright, Busta Rhymes, Lynn Thigpen, and Dan Hedaya.  Now, the performances may not be the highlight from any of these stars’ career, but they clearly look to be having a blast with the film.

Samuel L. Jackson carries this movie with the force of his personality and the cut of his tongue.  He is the perfect person to have brought the return of Shaft to the big screen.

Of course, I have watched this Shaft (2000) along with the original blaxploitation Shaft (1971) because of the upcoming Shaft (2019) that will feature not only Richard Roundtree and Samuel L. Jackson, but Jesse T. Usher as John Shaft Jr.  The trailers look good for the newest Shaft and I am looking forward to seeing how the film changes tones once again.  The original Shaft was more serious (at least as serious as the blaxploitation genre could be) while Jackson’s Shaft was more of an action/adventure with the typical Samuel L. Jackson quips.  The new trailers make the next Shaft seem almost like a comedy, and I am excited to see what they do.

As for this Shaft, I liked the film.  It is not the greatest thing ever to see the big screen, but it made for a fun Saturday night.