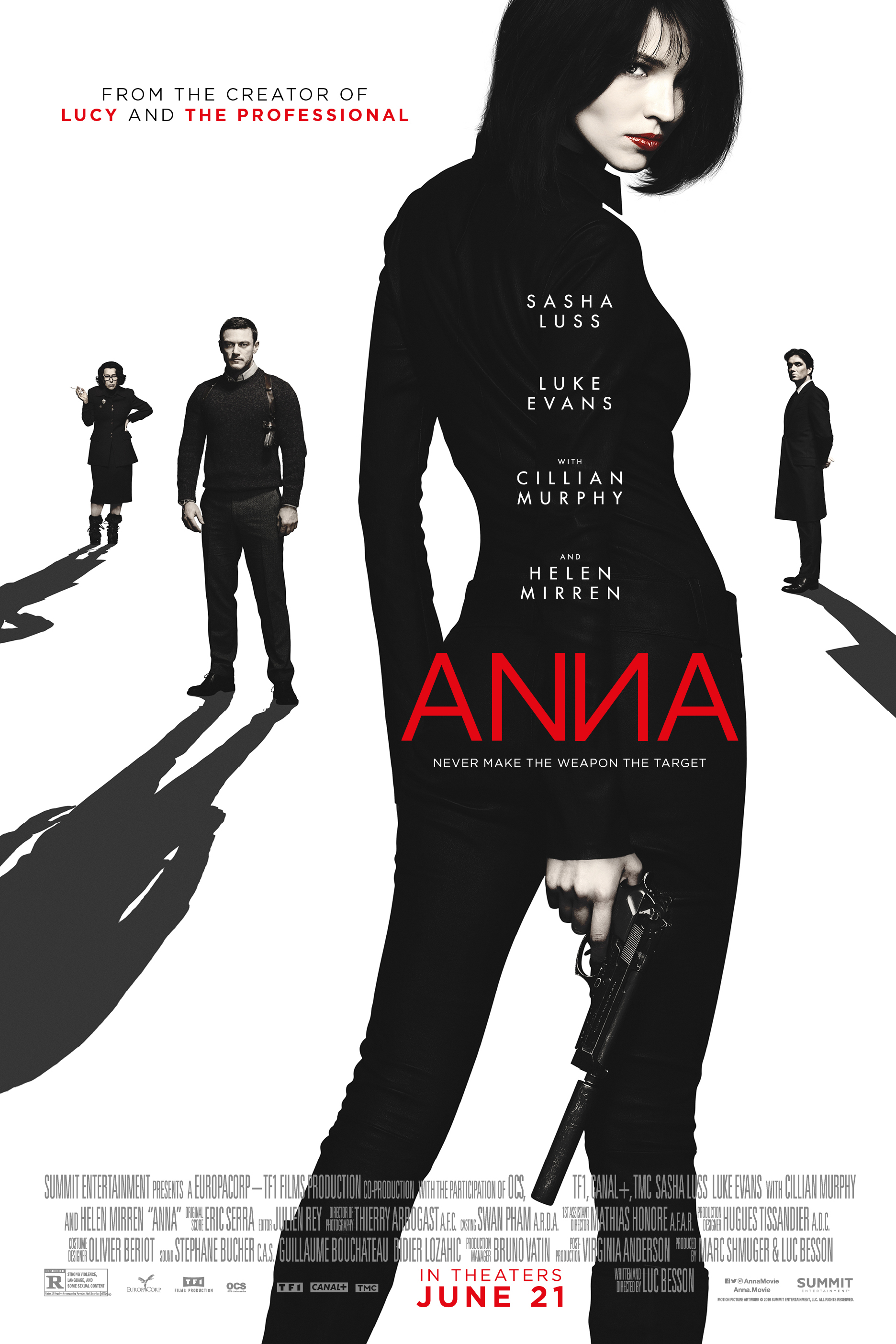 Luc Besson has had several successful films over the years:  Leon: The Professional, The Fifth Element, and Valerian.  He has also had several films, including The Fifth Element that features a kick ass female character.  These films include Lucy, La Femme Nikita and now Anna.

Sasha Luss plays the titular character, a Russian woman forced into the KGB to escape from the horrors of her life, who has but one wish…to be free.  However, the KGB and the CIA wind up in a game of international espionage with Anna caught in the middle.

I have to say that for a good chunk of the movie, I was bored.  The action never stands out, Anna is beautiful but hardly a deep or original character and the film didn’t really have much so say.  Something about weaponizing beauty I suppose.

Then, multiple times, the story employed a tactic of flashbacks showing what were important pieces of the narrative that was left out of the first viewing to explain something unexpected that had just happened.  Only a few of these flashbacks showed us anything special and then they even became heavy-handed, which made what we saw moving forward more predictable, not less predictable.

Helen Mirren is here and I usually love her, but her appearance in this movie was, at best, meh.  It felt as if I had seen this performance from her before, and not as good.  Luke Evans was here too, and his character was conflicted in all the wrong ways.  I never bought any connection between Anna and Evans’ Alex.  Of the supporting characters, I liked Cillian Murphy’s Lenny Miller from the CIA the best.  He felt like the realest character on the screen and I understood his motivation the most.

Sasha Luss was very good as Anna.  I believed that she was a cold-hearted Russian assassin and she does a decent job proving it.  She does not emote a lot of charm, however, and her emotional moments were not the film’s strong ones.  I did enjoy her beating the crap out of one obnoxious fashion photographer, which felt like a too close to home example for this film.

Several plots threads were left unfinished.  Anna gets involved in a gay relationship with fellow model Maud (Lera Abova) and we never have any wrap up of that storyline.  This entire part of the plot could have been edited out and would have helped with the length of the movie.  Speaking of the length of the movie, it was too long.  Almost two hours was just longer than this should have gone.

This was not a great film and we have seen most of it done better in other places.  Helen Mirren feels wasted and I did not buy much of the story.  The flashbacks actually make the story even more predictable, which is not a good thing.