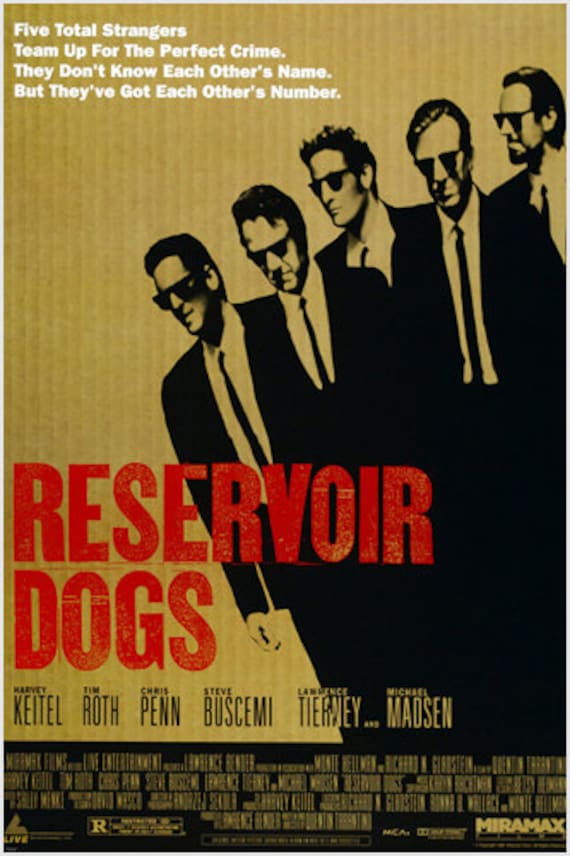 I filled a hole in my movie viewing list this afternoon by watching Quentin Tarantino’s classic Reservoir Dogs.

I had never seen Reservoir Dogs so when I came across it on Amazon Prime with a lazy Sunday afternoon, I figured the time was perfect.  So I turned the show on and was enthralled by the movie.  It was really great.

The dialogue, like all Tarantino movies, was just sharp and popping.  Just listening to these men interact with one another was so amazing.  You can definitely see how this led into Pulp Fiction with the dialogue.

The opening scene with the whole group sitting around did make me think of the opening scene of Pulp Fiction with Honey Bunny.  However, as soon as that scene was over, suddenly…BAM… we are in the middle of a Tarantino film.  Blood everywhere.  Screams from Tim Roth.  Me…no idea what was happening.

I have always loved Tarantino’s use of the disjointed narrative to tell his story.  For whatever reason, when other filmmakers try to copy it, it never seems to work.  For Tarantino, it works beautifully.

The interaction between Mr. White (Harvey Keitel) and Mr. Orange (Tim Roth) made me care for both characters even though I hardly knew them and I knew (or thought I knew)  that they were bad people.  When Mr. Pink (Steve Buscemi) joined the pair, things only got better.

Tarantino brought into the story an air of mystery as Mr. Pink deduces that their jewelry heist that led to the violent shoot’em up came about because they had a mole in their ranks.  This little mystery is remarkably compelling until we discover who the undercover cop among them is.

Mr. Blonde (Michael Madsen) was crazy as could be.  I saw him as the villain for the first part of the movie and a problem for the characters that I had connected with.

As with any Tarantino movie, there is a lot of blood and violence and swear words.  I was not a fan of the use of the N-word, which was dropped several times.  There did not seem to be any purpose for the word and, because it really did not have a reason to be in the story, it felt as if it were gratuitous.  At best, it might inform some of the traits of the characters, but those traits did not come into play at all.

There was a lot of humor and tension throughout.  There are times when you are basically holding your breath because you don’t know what is going to happen next.  And that is great storytelling.

I am glad to have finally seen Reservoir Dogs after so long.  It was worth the time.