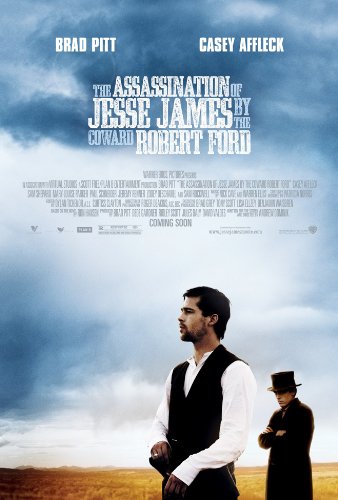 This is a movie that I have heard about a couple of times on the Top 10 Show podcast that I like to listen to.  I have heard John Rocha sing its praises and, recently, I re-listened to an episode with guest Rachel Cushing and she included this film on her list as well.  Their descriptions were intriguing for me and I had hoped to see it.

So I am starting a three day July binge-a-thon for the Classic Movies since there is not a large number of new films to see (I have to get to Once Upon a Time in Hollywood, but other than that…) and so I thought I would start with this one.

Westerns are not my favorite genre, but there is no denying that, if done well, it can be remarkably compelling.  Unforgiven is more than just a Western, but one of the great movies Clint Eastwood ever made.  I would venture to say that The Assassination of Jesse James by the Coward Robert Ford is right on the verge of matching that Eastwood classic.

Rachel and John talked about how some people thought the film was boring, but I have no idea what these people were watching.  I would agree that there is a slow build to the story, but I never once felt as if I were bored by this story.  I was completely engaged and fully enthralled with the true story.

Brad Pitt was absolutely astounding as Jesse James.  I would even go as far as to say, for me, this was my favorite performance of Brad Pitt’s career.  He was hauntingly good in every scene, portraying the different sides to the charismatic criminal.  Casey Affleck was nearly as great as the coward Robert “Bob” Ford. The fear and anxiety was palpable for Affleck, and you were never sure exactly what was going to happen, despite the title being a gigantic spoiler.  Bob was such a fan of Jesse James that you can see how he goes from idolizing him to fearing him.  Affleck displays this wonderfully.

The only role that threw me off a bit was political analyst James Carville as Governor Crittendon.  The role was small, but seeing Carville on screen and not talking about the Democratic Party was weird.  I mean, he was fine performance wise, but I was distracted by him for a few moments.

Director Andrew Dominik has created a masterful Western that retells the legendary story of the death of a man who had become as much of a myth as anyone in the old West had done.  The film is a beautifully shot and developed and the cinematography is special.  There is so much to love about this movie, especially if you enjoy tightly written and developed character pieces.