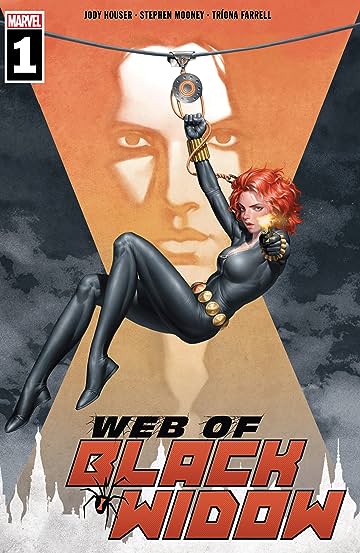 A new Black Widow series arrived this week and it was a great start.  The series threw Natasha into the fire immediately, under cover and infiltrating a party where her old friend Tony Stark was attending.

By the way, Tony Stark has suddenly become the 2019 version of Punisher/Spidey/Wolverine as he is guest starring in practically every book Marvel has put out.  Just off the top of my head, besides the books he regularly stars in such as Tony Stark: Iron Man and Avengers, he was guest starring in Friendly Neighborhood Spider-Man, The Magnificent Ms. Marvel, Ironheart, Captain America, The Invaders, Loki, Captain Marvel… are there more?  Could be.

Anyway, I really enjoyed the spy drama of the Black Widow.  Told as a noir, the series really worked with flashbacks and some stunning art.

I feel this is similar to the recent Invisible Woman series, as the series features a more down to earth battle and is a more personal, character-driven tale.  It kept me intrigued the whole issue and makes me really look forward to where they plan on taking the character.