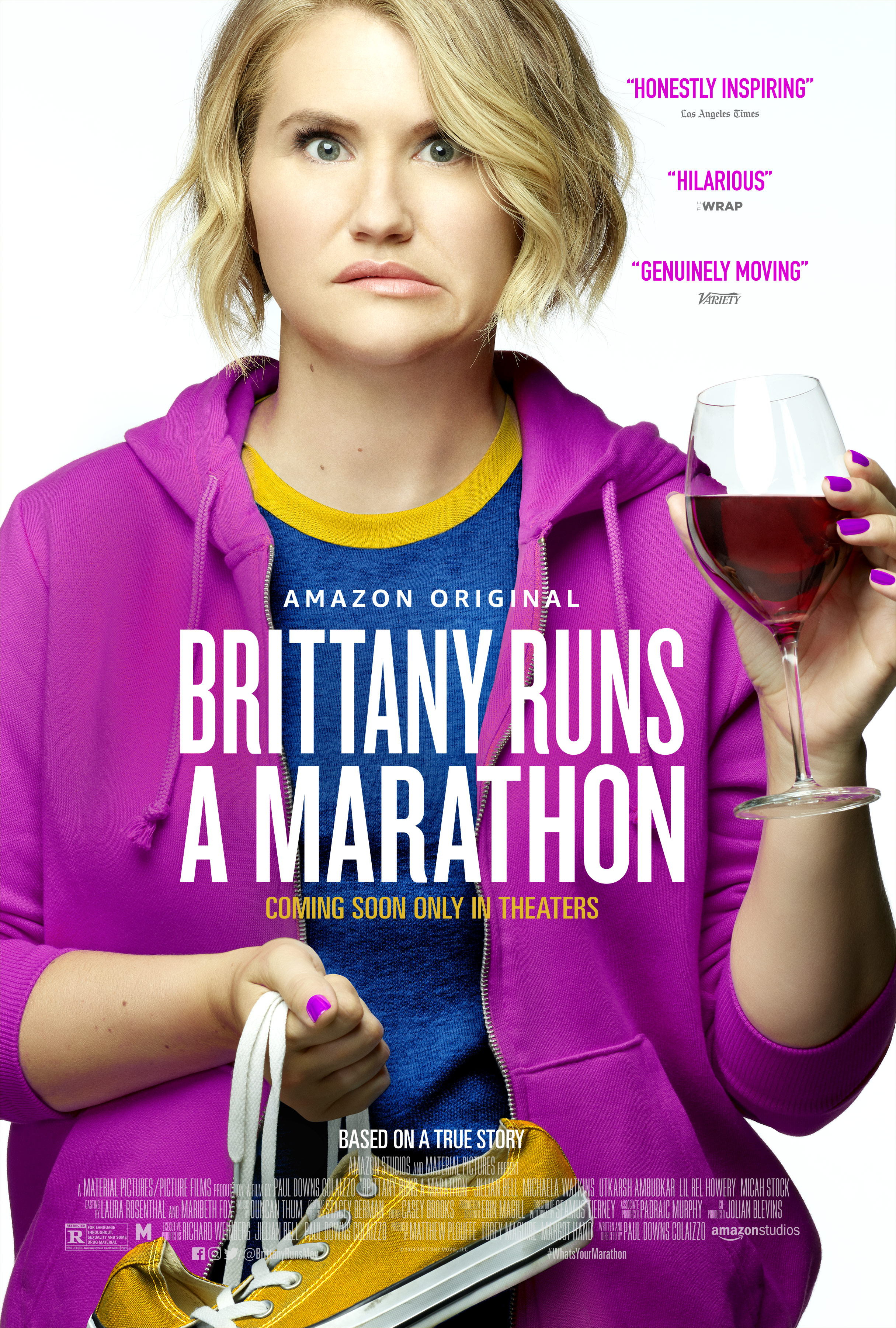 Based on a true story, the film Brittany Runs a Marathon has its moments of humor and good will, but it also has times when I really could not care less for its lead star.

That is not to say that actress Jillian Bell who is very good in this role, but the character bounces from funny to downright obnoxious so much that it was difficult to form any lasting emotional connection to her. In fact, I preferred every secondary character in the movie to Brittany.

Brittany, a plus sized 28-year old in New York, wound up at a doctor’s office and the doctor told her that she needed to lose about 45 pounds.  To do so, Brittany started to do some running and before long decided that she was going to run the New York City Marathon.  The movie was her life as she trained for the event.

However, the more weight she lost, the less likable she became.  She clearly had traumas involving her weight from her past, but many of them did not feel as authentic as I wish they had.

As a heavy person in my own right, I kind of resent the theme here that heavy people are failures and unhappy all the time, and, by the time they bring around someone to counteract that image, it is much too late.  Brittany makes her weight be the issue that has cost her so many plans and that is unrealistic.

As she was such a jerk to all of her friends, I just do not understand why this crew of really nice people would continue to want to be her friends.  She was mean and, downright verbally abusive at times, but these people stuck with her for unknown reasons.

However, I would be lying if I said that I did not feel some emotional tug during the third act and that there was no humor here.  There were many good scenes as well.  I just have trouble with films where I can not like the main character.

Brittany Runs a Marathon is a mixed bag of a dark rom-com that misses the mark at times, but ends with a strong finish.