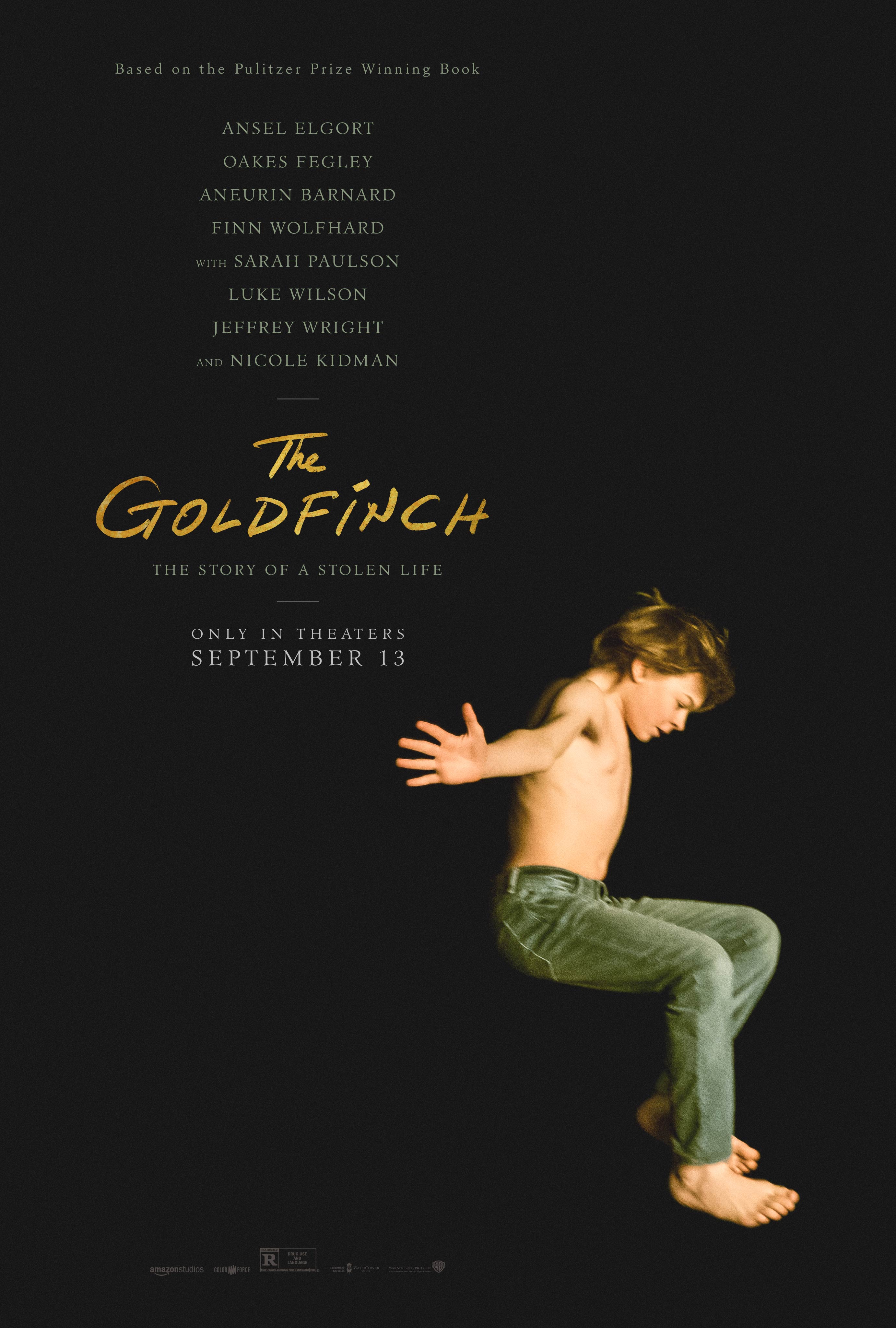 You’d think that a novel that won a Pultizer Prize could be adapted into a halfway decent film.  However, in the case of The Goldfinch, you would be wrong.

The Goldfinch is the story of a 13-year old boy named Theo Decker (played as a youth by Oakes Fegley and as an adult by Ansel Elgort), whose mother is killed in an explosion at a museum they were visiting together.  Theo sees a painting of a goldfinch chained to its perch at the site of the attack and sneaked it out of the museum as a way to remember his mother.

The rest of his life was tainted by this moment.  It seemed that things would be okay when he was taken in by the kindly Barbour family, led by Nicole Kidmon, but when Theo’s absent birth father (Luke Wilson) arrived, he had to go with him.

Theo wound up in Vegas where he met Boris (Finn Wolfhard), a Russian (kind of) speaking kid who introduced Theo to drugs and alcohol.

Meanwhile, we flash forward to Theo’s future life with Ansel Elgort where he had reunited with Hobie (Jeffrey Wright), an antiques dealer he knew as a child.  They formed a partnership that gets threatened by the presence of the painting that Theo basically stole from the museum.

This film is such a mess.  Honestly, there is such a lack of narrative progress or story structure that it is amazing that it came from such an award winning novel.  There are several scenes that are included here to set up a certain storyline that are never paid off or returned to as the film progressed.  The flash forward sequences felt completely unneeded and the last act of the film took it in a completely different direction than the entire movie had been going.

The film itself is very long and very boring at many times.  It is amazing that The Goldfinch was as long as it was as I have a hard time thinking about what happened.  There was little memorable in the movie at all.

The performances were good, for the most part.  I liked the performance from Oakes Fegley.  He was one of the best parts of the movie.  Finn Wolfhard was good too despite being saddled with a silly Russian accent.  Luke Wilson and Sarah Paulson felt as if they were in a different movie.  Still, they were decent with what they had to do.

There are some good shots as the film’s cinematography was done by the legendary Roger Deakins, but even his classic eye could not save this wreck.

The Goldfinch had a few parts that were decent, but it failed to bring them together into any sort of competent, understandable narrative.  Good performances and some nice shots were not enough to overcome the failing of the movie.