The Re-List (RELIST!  RE RE RELIST! Buzz Buzz Buzz) is back out today with what i thought was one of the most challenging topics that I have ever made a list of since I started.  Top 10 Pixar Voice Acting Performances was the choice made by Patreon Coty Rexford, and a list from Keith Below, & Steven Anderson.

I started writing down possible choices prior to my making my actual list and there were some that I wrote down that I said to myself,  “This one is definitely on the list,” only to find out that they failed to make it.  This could have easily been a Top 20 list without any trouble.  Unlike many honorable mentions, most of the list could have been in the Top 10 for me.  There are almost none that are just there as a shout out.

I enjoyed the list quite a bit, despite the difficulties I had compiling it.  This was one of those lists that John and Matt haven’t done and they haven’t done too many like it which is very fun to listen to.  I would love to know what Matt and John would have on their lists.

#10.  Ned Beatty, “Lots O’Huggin’ Bear”, Toy Story 3.  He is my favorite villain in all of Pixar, and perhaps all of Disney because I understood that character and his motivation so well.  Legendary Ned Beatty provided a perfect voice for the disgruntled teddy bear.  When he betrays the group and leaves them to potentially die in the fire, Lotso cemented his place as the evilest of evil.  And I loved it. 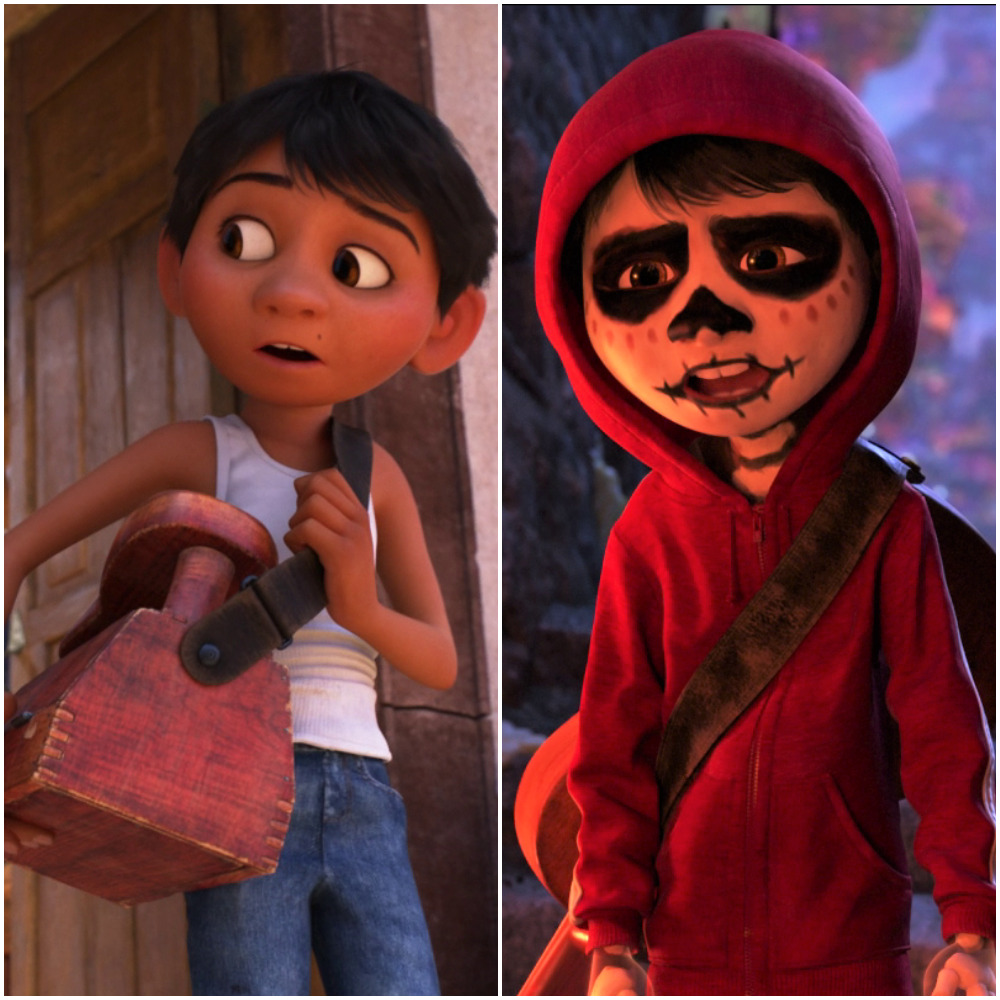 #9.  Anthony Gonzalez, “Miguel Rivera”, Coco.  This was a performance that wasn’t on the initial list I made, however, after review, I wanted something from Coco to make the list because I enjoyed that movie quite a bit.  The performance of the lead character’s voice was excellent and the moment he sings “Remember Me” to his grandma after returning from the Land of the Dead turned me into a blubbering mess.  I considered several other voice performances from Coco (see honorary mentions), but I went with the lead protagonist. #8.  Albert Brooks, “Marlin,” Finding Nemo.  Playing the desperate father who has lost his son to the vastness of the ocean, Albert Brooks brings the perfect level of anxiety and uneasiness to the role of Marlin and still is able to drive the comedy found in the film.  The story was really the journey that Marlin went on to discover the whereabouts of his son, but also to discover that it is alright to let his son grow and let him live his life without hovering over him.  Brooks handled the performance beautifully.

#7.  Peter O’Toole, “Anton Eye,” Ratatouille.  Ratatouille was one of the most under rated Pixar films of the early days of the studio and the performance of Peter O’Toole as the restaurant critic Anton Eye is one of the standouts of the film.  He may not have as large of a role as some of the others, but his time on screen is as impactful as any character. #6.  Holly Hunter, “Helen Parr/Elastigirl,” The Incredibles.  Holly Hunter truly brings Helen Parr to life with such a bravado that you know why we all love her.  In the first film, she was trying to find where her husband was at and her children stowed away.  The fear and desperation in her voice when she called on the radio to the people shooting missiles at their plane that, “There are children on board” really hit you in the gut.  Her performance in Incredibles 2 was really great too, but I still think her best work was the original. 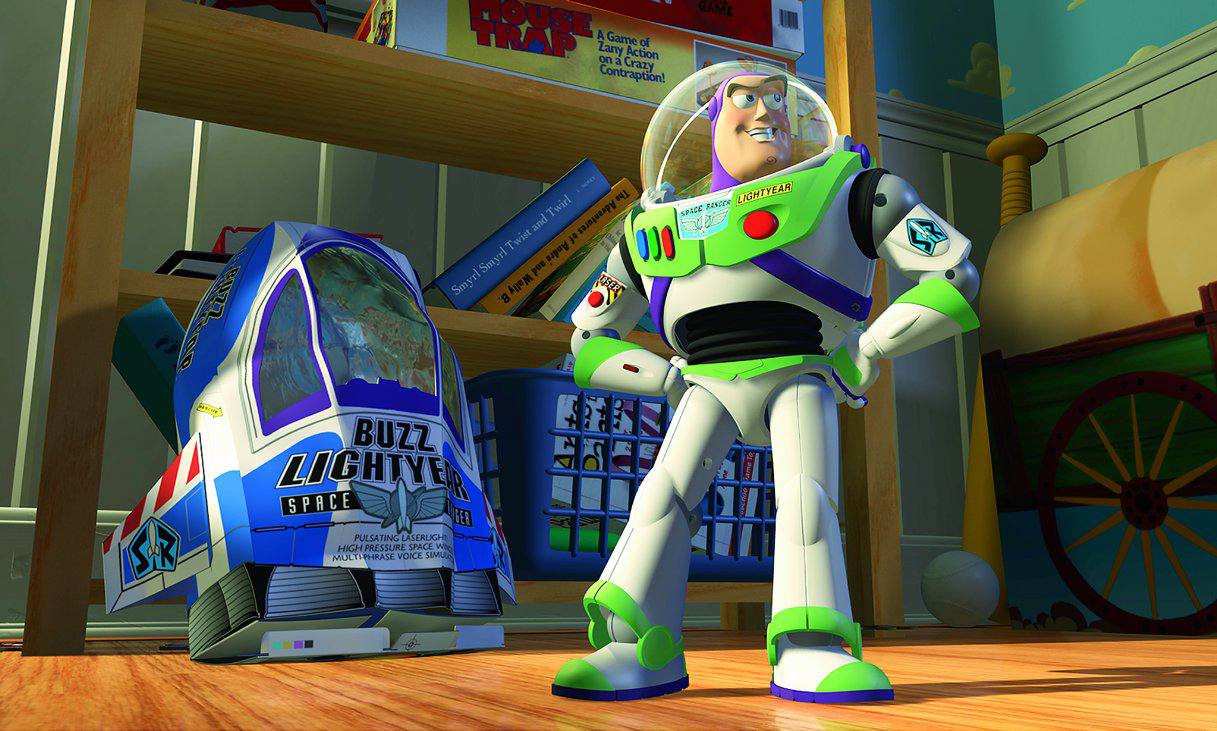 #5.  Tim Allen, “Buzz Lightyear,” Toy Story franchise.  “To Infinity, and Beyond!” will always bring people back to the Toy Story franchise, one of the most well known and beloved quotes in any animated movie (if not any movie).  This was delivered by Tim Allen himself.  The connection between Buzz and Woody is really what sold this franchise to the public.  Tim Allen may not be as huge of a star as he was when Toy Story originally came out, but he certainly will always be remembered for this role.  Falling with Style!

#4.  Craig T. Nelson, “Bob Parr/Mr. Incredible,” The Incredibles.  Craig T. Nelson provided a perfect voice for the iconic super hero Mr. Incredible, while showing all of the uncertainty and the self-doubt of Bob Parr.  The shock when Mr. Incredible believes his entire family has been blown out of the sky is absolutely heart wrenching.  His joy when he learns that they survived fills everyone full of happiness.  And the line, “I can’t lose you again” cements how much he loves Helen and his kids.  Nelson’s voice is great for the heroic superhero.

#3.  Ellen DeGeneres.  “Dory,” Finding Nemo/Dory.  Ellen was not on either lists on the Relist today and I was really shocked because this is a voice that was so beautifully done and a character so epic that it spun off into its own movie.  The performance of Ellen in this movie completely revitalized her career and led her to become the classic talk show host that she is today.  Dory was such an enjoyable and creative character that I was happy to spend more time with her without the main cast of Finding Nemo.  And… she can speak whale. 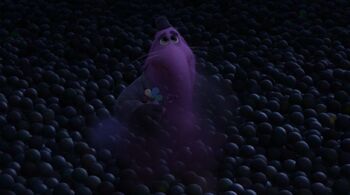 #2.  Richard Kind.  “Bing Bong,” Inside Out.  Inside Out was one of the films that I had multiple voice choices to include on the list, but I only wound up with one.  Bing Bong makes the most impact on the film in the shortest period of time.  “Take her to the moon for me” he says as he fades away forever.  I just rewatched this scene seconds ago to make sure I had the quote right and I am crying right now.  It is amazing how emotional this scene of this animated creature can make an adult male.  Richard Kind’s work with this character is perfect and utterly crushing. #1.  Tom Hanks.  “Woody”  Toy Story franchise.  “Reach for the sky!”  Woody was the absolute break out character from the Toy Story franchise and the fact that movie star Tom Hanks voiced the sheriff was amazing and put Pixar on the map.  The work of Hanks, along with Tim Allen, made this an iconic pair and led the way for three sequels that were all just wonderful.  Woody is an fully developed character with wishes and needs and desires.  Heck, he is more developed than many other movie characters out there.  Toy Story 4 felt like the end of Woody’s story and, if that is truly the case, all I can say is “So long…partner.”

Honorary Mentions:  Holy heck, I have a bunch of these.  Honestly, Lewis Black had originally made my list as Anger in Inside Out, but he got dropped because he is really just doing himself.  I loved that character though and he would probably be #11, if I had that number.  Billy Crystal as Mike in Monster Inc. was a great performance.  It is not my favorite Pixar movie and that probably hurt Billy’s chances.  I love him though.  Patten Oswalt‘s role as Remy in Ratatouille was career making for him.  Heck, I wrote down Ed Asner as Carl Fredricksen in Up with the intent of him making the list, but he did not make the final cut.  I had a couple of Coco choices with Benjamin Bratt as Ernesto de la Cruz and Gael Garcia Bernal as Hector, but I went with Miguel.  Keanu Reeves nearly snagged #10 with Duke Caboom from Toy Story 4, and there were a bunch of other Toy Story choices such as Don Rickles as Mr. Potato-Head, Wallace Shawn as Rex, Keegan–Michael Key and Jordan Peele as Ducky & Bunny, and Michael Keaton as Ken.  Ken was a tough omission.  Jason Lee was the villainous Syndrome in The Incredibles and Brad Bird‘s work as Edna in that franchise is iconic.  The one shout out to make is for John Ratzenberger who has voiced a character in every Pixar movie so far.  I probably left off several great performances because Pixar has been so filled with quality that it makes this list really difficult.  Congrats to all of them.