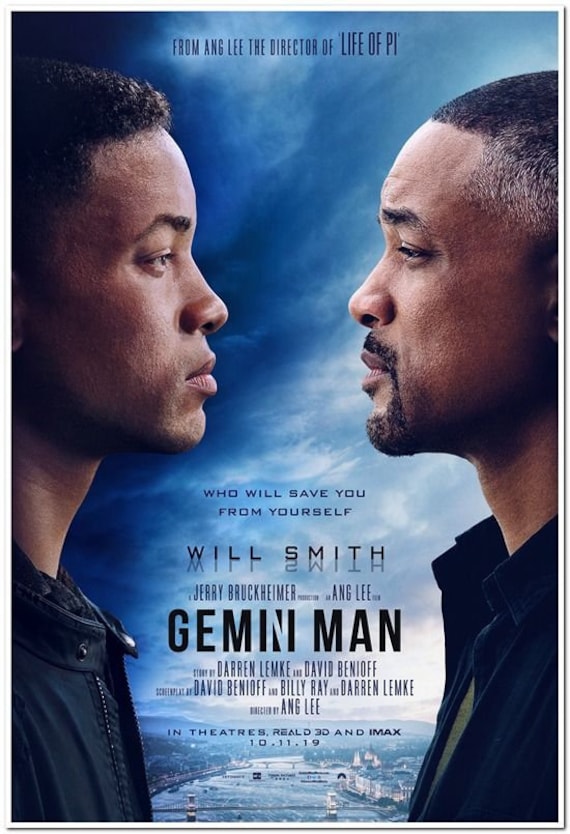 Because I watched Jexi directly after Gemini Man, it made Gemini Man seem better than I remembered.

But it is not good.

Will Smith played Henry, one of the greatest sharpshooters around, wants to retire and live a more peaceful life.  However, the government does not want to lose him so they send an assassin to kill him.  And it just happens that the assassin they sent was a younger version of Henry, called Junior.

Why would they do that?  The main villain, the man who raised Junior, Clay Verris (Clive Owen), seemed to want to treat Junior as his own son, unless the plot did not need that to be.  The third act with Clay was ridiculous.

Then, the de-aging technology (which is apparently just CGI and not the de-aging tech used in Marvel movies and such) is truly not as great as what I had heard.  There were times when the tech looked fine, mainly in the dark, but the rest of the time, that CGI is terrible.  There just is not any emotion in the face.

The dialogue is horrible.  There is so much exposition in this movie that is repeated over and over again.  The plot is dull.  Most of the action is boring or stupid.  There is a decent motorcycle chase, but it ends with such stupidity that it ruins the entire scene.  Otherwise, it is just a bunch of shooting.

Will Smith was good, but he could only do so much.  There is no reason why old Will Smith and young Will Smith’s relationship flipped multiple times and for no real reason.  I did not buy what happened even a little.

In the end, this one was not good.  It was long and dull and the CGI was nowhere near as amazing as some people think it was.